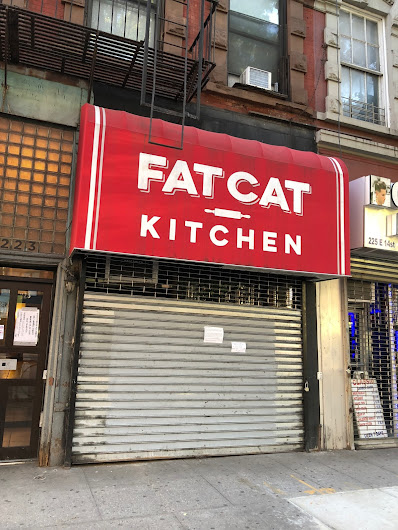 In September 2018, the DOH shut down Fat Cat here between Second Avenue and Third Avenue following an inspection. The issue stemmed from a broken pipe in the basement that the owners said they didn't have access to... 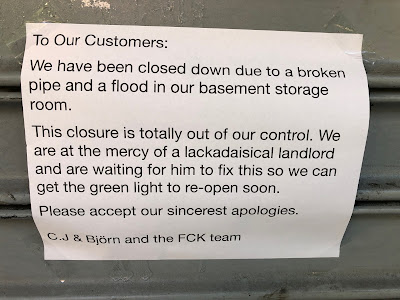 According to public records, 223 E. 14 ST. LLC is the landlord, having purchased the building in 2009. The LLC shares an address with the Metropolitan Property Group.

Earlier this year, Fat Cat ran afoul of the Department of Health again — this time for selling food with CBD, the legal compound derived from cannabis. During a routine visit on Feb. 1, a DOH official gathered up a reported $1,000 worth of CBD edibles, putting them in a zip-lock bag and marking them as "embargoed."

The DOH had a murky policy that their own personnel apparently couldn't even explain.

As Eater reported at the time:

DOH visited at least two other times in the recent past and did not mention the CBD products, even though Fat Cat Kitchen advertises the treats with a sign outside the restaurant...

“I mean, this is crazy,” [C.J.] Holm says, alleging that at least two city staffers did not know what CBD was when she called for more information. “They couldn’t even intelligently explain to me exactly what the problem was when I spoke to them on the phone.”

Fat Cat Kitchen opened in May 2017. It was a nice spot with a friendly staff and owners who liked being part of the neighborhood. It's the kind of place that we need more of around here...
Posted by Grieve at 4:15 AM 5 comments: 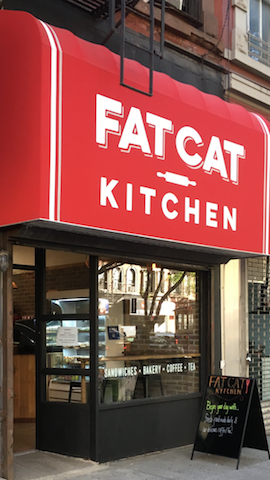 Björn Holm, a former sous chef and the head of catering at Dean & Deluca’s store on Broadway and Prince, is behind this quick-serve restaurant that serves a variety of sandwiches, salads, soups and baked goods. Let us know if you try Fat Cat. 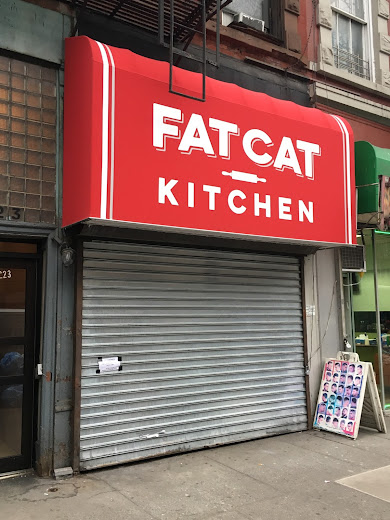 As previously reported, Björn Holm, a sous chef and the head of catering at Dean & Deluca’s store on Broadway and Prince, is opening a quick-serve restaurant called Fat Cat Kitchen on 14th Street ... and that signage arrived Friday at No. 223 between Second Avenue and Third Avenue.

Fat Cat will serve sandwiches, salads, soups and baked goods. They have an Instagram account showing some potential menu items...

Count on a variety of #breadpudding on the #fatcatkitchen #dessert #menu each day. Here's #cherry #almond #whitechocolate

Fat Cat is expected to open this spring.

The storefront was last home to a psychic.
Posted by Grieve at 4:30 AM 4 comments: