JR's 'Gun Chronicles' is no longer on the Bowery Mural Wall 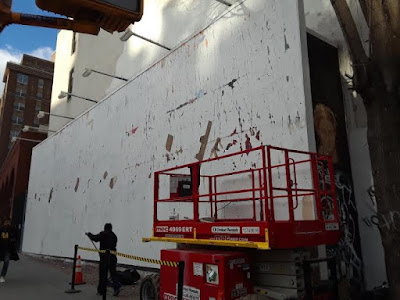 JR's mural featured images of 245 Americans who represent various viewpoints on the gun debate. The artist collaborated with Time magazine back in late October for this interactive special report on gun violence in America.

Someone added an 11 — representing the number of victims in the Pittsburgh synagogue massacre on Oct. 27 — in red paint... the 11 became a XII after 12 people were gunned down in Thousand Oaks, Calif., on Nov. 8.

In recent weeks JR's mural was started to peel, and the wall had been tagged multiple times. No one from the wall's landlord, Goldman Properties, decided to clean up the piece. As one EVG reader commented: "It is a shame of the condition this mural has fallen to. This was an important mural with an important message that should have been maintained and protected. Instead of being marked up with graffiti that has covered up important parts of the mural."

No word at the moment on what might be next for the wall.

Posted by Grieve at 6:06 PM No comments: 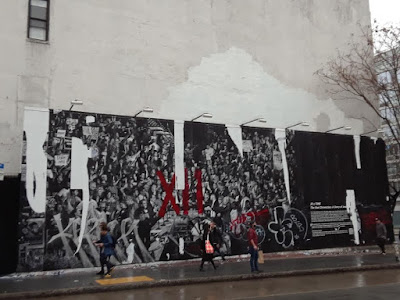 JR's powerful "Gun Chronicles" mural at the Bowery Mural Wall is looking neglected, as these photos by Lola Sāenz show... 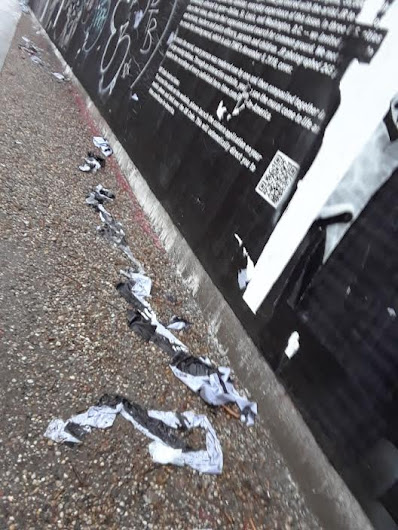 The panels are peeling ... and it has been tagged multiple times of late (not including the addition of the 11 and Xll)... 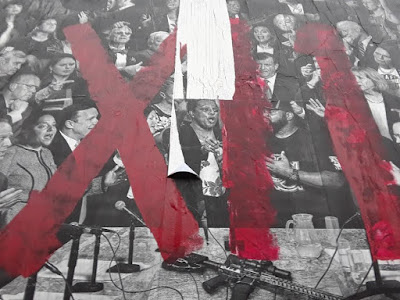 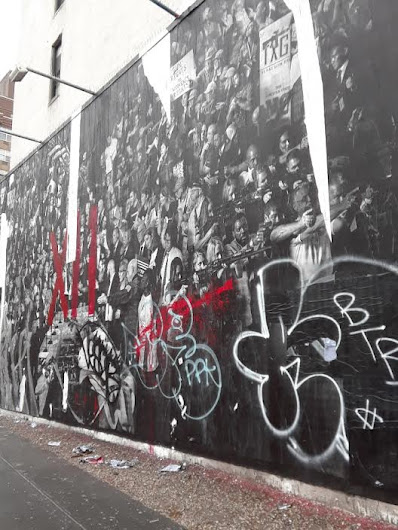 JR's mural features images of 245 Americans who represent various viewpoints on the gun debate. The artist collaborated with Time magazine back in late October for this interactive special report on gun violence in America.
Posted by Grieve at 4:45 PM 1 comment: