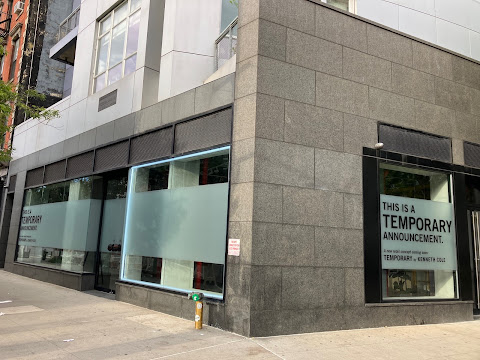 Now that the J. Crew Men's store is all settled in at 316 Bowery... Kenneth Cole is making a comeback a block to the north where signage shows a new concept on the way called Temporary... 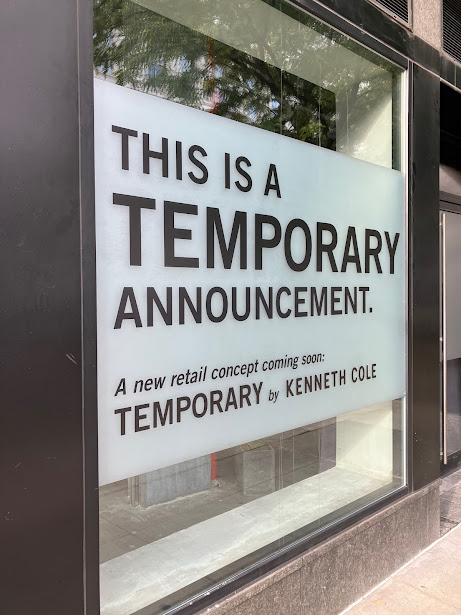 Cole signed a 10-year lease here at Bond Street in 2015 ... the shop had been closed since the start of the pandemic, though the space has hosted several pop-up events.
According to its website, Temporary will focus on men's essentials.
In 2016, the company announced it was closing all but two of its U.S. brick-and-mortar stores to focus on "its e-commerce and international business." The Bowery outpost was one of two that remained in service.
Posted by Grieve at 5:00 AM No comments: 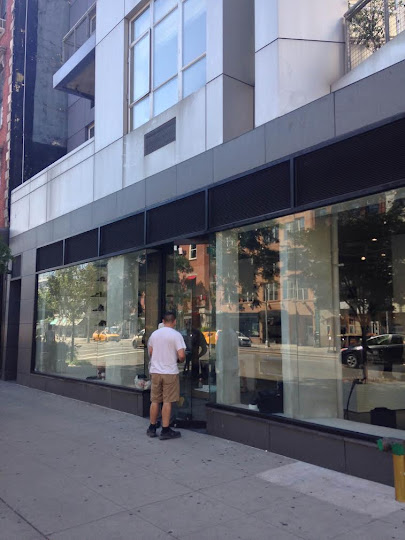 Workers yesterday were stocking 328 Bowery, where a Kenneth Cole is opening in the days ahead here at Bond.

In reporting on the lease back in June, the Commercial Observer noted that the 10-year deal is for 2,510 square feet on the ground level and 1,604 square feet in the basement. The asking rent for is $300 per square foot. (Cole will be sharing the space with women’s clothing shop Curve, per the Observer.)

Now let's just cut and paste some from an EVG post from May 2013:

The storefront on the southwest corner of Bond and the Bowery has sat empty since the Washington Mutual closed up in March 2009 ... the space has gone though an assortment of brokers...

Previously, the space was "the new intersection of cool." 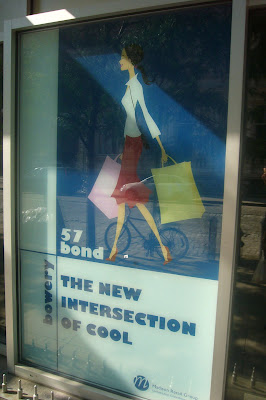 It was also a photogenic intersection for Bringing it On... 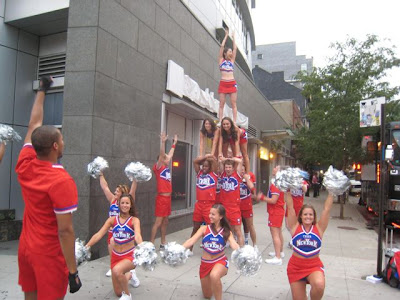 And most recently — a pitstop for Claire Forlani's disembodied scotch ad hands... 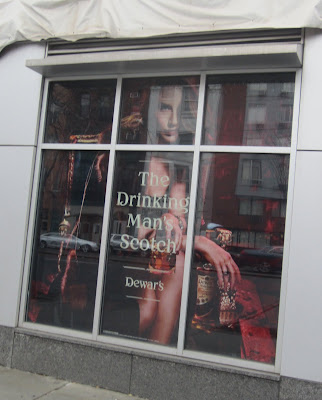 The listing from RKF that yielded Kenneth Cole arrived in May 2013. 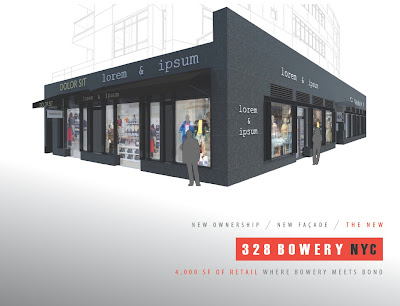 And serious last call for our Bowery-Bond nickname to take off — BowBo.