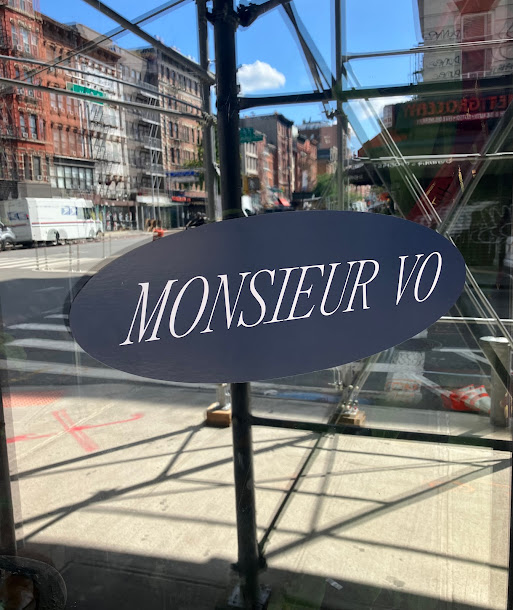 Since opening on Sept. 13, several EVG readers have shared positive comments about Monsieur Vo at 104 Second Ave. at Sixth Street.
As previously reported, this is the new restaurant from the husband-wife duo Chef Jimmy Ly and Yen Vo, owners of Madame Vo on 10th Street. As a restaurant rep tells us: "Monsieur Vo is the team's love letter to the Vietnamese men in their lives — including fathers, uncles, brothers — and the dishes they love to eat."
And here's more about what to expect:

Monsieur Vo is inspired by Saigon's constantly evolving gastropub culture and its roots in the Vietnamese tradition of ăn nhậu, which has been described as festive dining and drinking for no specific reason.
"Our dads could both really cook, and they always got creative with whatever ingredients they could find in America," says Ly, who growing up, remembers his father working long hours in NYC restaurants. "A lot of our menu comes from the dishes my dad would make while drinking and smoking with his buddies. He's a little bit over-the-top — he loves the finer things in life — so everything at Monsieur Vo is big and bold as well."
While the flagship Madame Vo is known for classic homestyle dishes like noodle soup, wings, and eggrolls, Monsieur Vo’s menu goes beyond soups to focus more on shareable small plates, noodle and rice dishes, and large-format meat and seafood dishes.

You can find the menu here. And see some food pics via the Monsieur Vo Instagram account.
Monsieur Vo is open daily, from 5:30-10 p.m. Sunday through Wednesday and 5:30-11 p.m. Thursday through Saturday.
The Second Avenue address was previously their spinoff Madame Vo BBQ, which debuted in 2018 ... though it didn't reopen after the PAUSE of March 2020.
"The pandemic was really hard for us as restaurateurs," says Yen Vo. "We had to close one restaurant because the food wasn't delivery-friendly and it was hard to stay open. But we've transformed the space with a redesign and renovation and an entirely new concept."
Madame Vo opened in early 2017 at 212 E. 10th St. between First Avenue and Second Avenue.
Posted by Grieve at 5:00 AM No comments: 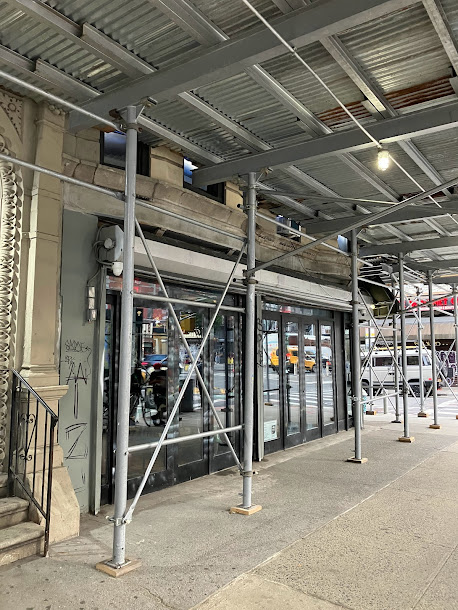 Jimmy Ly and Yen Vo, the owners of 10th Street hit Madame Vo, are opening Monsieur Vo at 104 Second Ave. at Sixth Street on Sept. 14.
In an Instagram post, they describe Monsieur Vo as "a new Vietnamese restaurant that spotlights modern, creative takes on meat and seafood, street food and comfort food."
And:

The Second Avenue space, which was hosting a preview event last night, was previously their spinoff Madame Vo BBQ, which debuted in 2018 ... though it didn't reopen after the PAUSE of March 2020.
Madame Vo opened in early 2017 at 212 E. 10th St. between First Avenue and Second Avenue.
Posted by Grieve at 5:01 AM No comments: