About Nudibranch, bringing a pop-up tasting menu to 130 1st Ave. this month 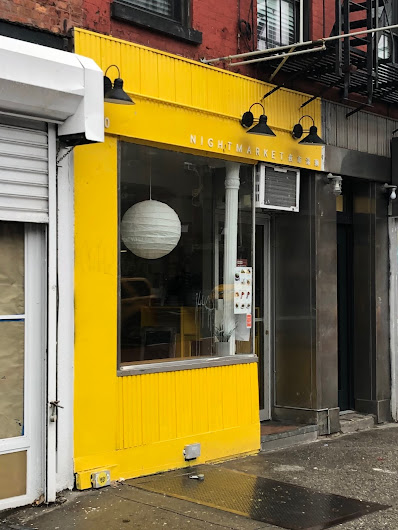 Nightmarket closed earlier this year at 130 First Ave. near St. Mark's Place. But there has been activity inside the space of late.
Eater had the scoop yesterday on what's been happening here.

Two Momofuku Ssäm Bar alums have teamed up on an exciting, new tasting menu pop-up that's running in ... through the end of this month. Nudibranch ... is a collaboration between chefs Victor Xia and Jeff Kim, and the first solo project for the duo.

Kim and Xia met working at Ssäm Bar several years ago, and teamed up on Nudibranch last year to create a menu that paid homage to all the kitchens they've cooked in around the city as well as the food they love eating everyday.

While the menu incorporates several Asian ingredients in various dishes, the chefs don't want that to be the defining factor of the project. "We hate the term Asian fusion or pan-Asian," says Xia. "That is how a lot of people just want to describe food like this. But if you look at the menu you won't really be able to tie it down to any particular cuisine. Not having to label it is something we really enjoy."

Visit the Nudibranch website here for more details.
Nightmarket, a quick-serve Taiwanese restaurant specializing in braised beef noodle soup, opened in July 2019, taking over from NuNoodle.
Photo from January by Steven
Posted by Grieve at 5:00 AM 8 comments:

Nightmarket is the new name for NuNoodle 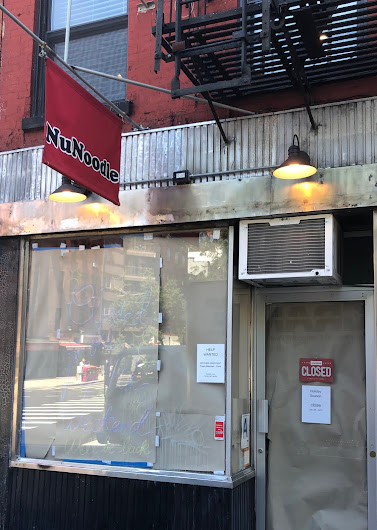 [Photo from June 30 by Steven]

NuNoodle has been closed at 130 First Ave. since late June. 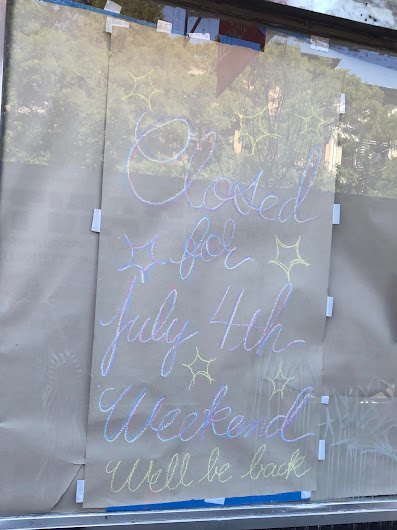 Workers have given the space a new look... and name. (Photos by Steven) 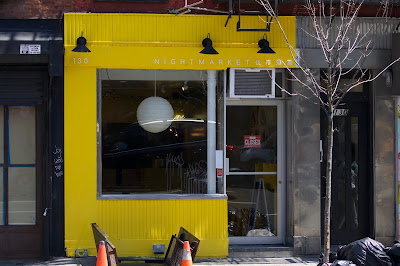 NuNoodle's owners are also behind the new concept here — Nightmarket, which debuted over the weekend... 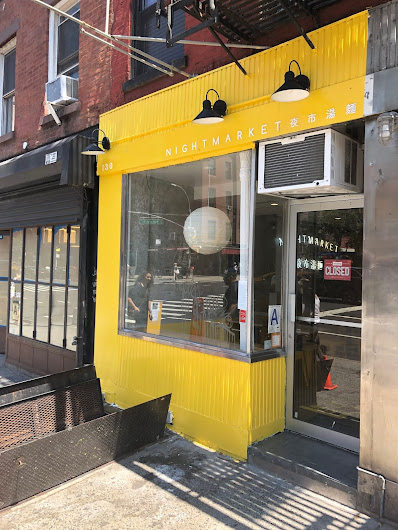 The quick-serve NuNoodle, serving a variety of noodle dishes, opened here near St. Mark's Place last October. There's a lot of competition nearby for similar food, with buzzy places like Hunan Slurp, Ho Foods, MáLà Project and The Tang located within one block.

Previously on EV Grieve:
Former Rainbow Music shop will be a Chinese restaurant
Posted by Grieve at 4:05 AM No comments: