Well, nearly six years after first hearing about the project, the destruction of the historic swath of 211-215 Pearl Street between Gold Street and Maiden Lane in the Financial District — home to the city's first world trade center — is nearly complete. First, a brief bit of history about this space
per Pearl Street Revival:

The three neo-Classical business buildings at 211-215 Pearl St. are the last remnant of the Pearl Street dry goods district of the early 19th century, and are a valuable relic of New York and the nation's early commercial history. The city sold a very large portion of what commercializing Americans bought. The combination of overseas commerce and burgeoning domestic trade established New York as the commercial capitol (not just the biggest seaport) of the United States after 1815, and Pearl Street was the center of that trade.

211-215 Pearl Street is also tribute to merchants and manufacturers like William Colgate "who's entrepreneurial daring would set New York on course for becoming the world-class city that it is today".

Anyway. The Rockrose-owned condo is up and it appears to be running. Now just the small matter of the ground floor retail. Which appears to be set with coming-soon signage for a double food whammy — goodburger and a Pret deli. 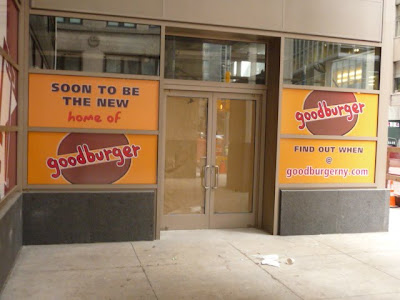 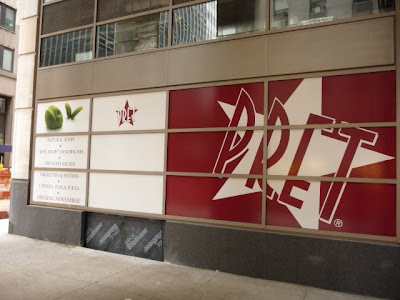 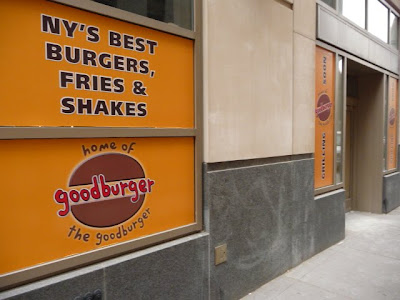 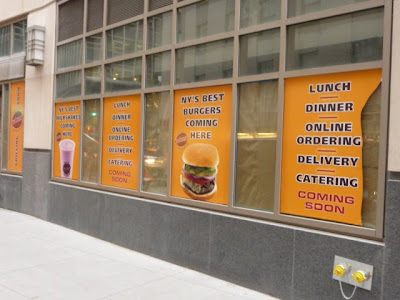 As Pearl Street Revival noted, "Pearl Street was considered the city’s richest street and the highest valued mercantile establishments were located on this particular block." 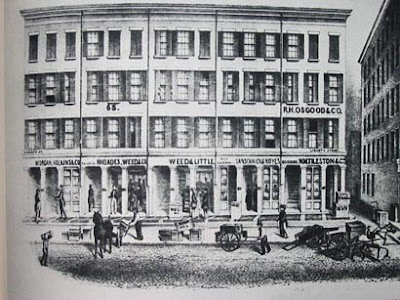 Now, of course, it looks like any other block of a suburbified city. 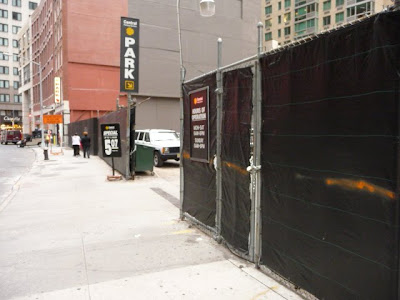 3 Buildings From 1830's Threatened By a Tower (New York Times)

Posts that I never got around to posting: Nothing but the best for the new Rockrose condos

Out front on Pearl Street. 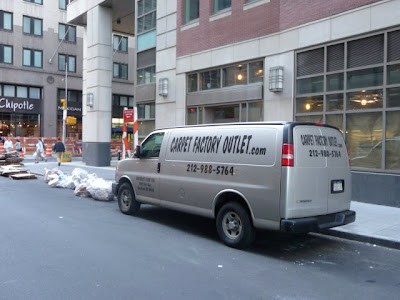 Previously.
Posted by Grieve at 6:39 AM No comments: 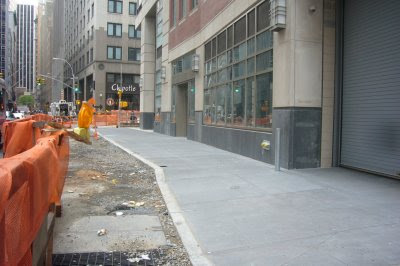 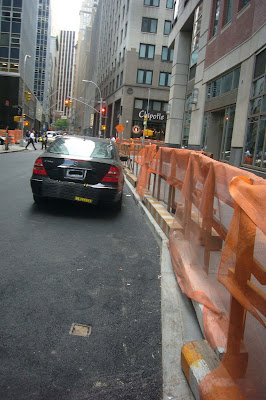 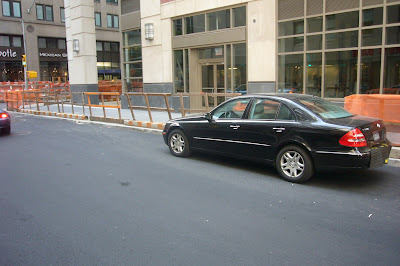 Previously on EV Grieve.
Posted by Grieve at 6:31 AM No comments:

Pearl Street almost starting to look like a street again 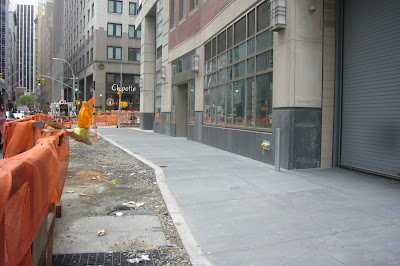 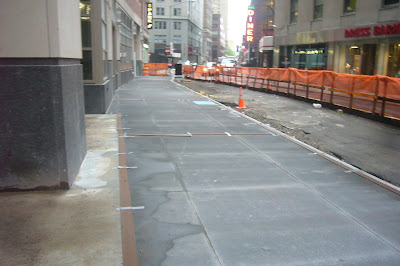 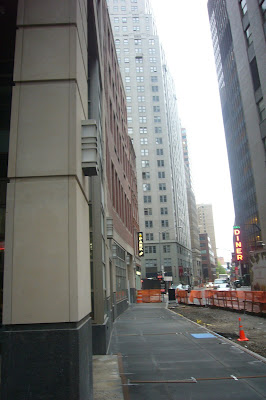 Almost! After being torn up for about, oh, 18 months or so, Pearl Street at Maiden Lane is shaping up.... the sidewalk has been poured...the Rockrose development has windows... now the street just needs to be repaved...any bets on how long that takes?

Previously on EV Grieve.
Posted by Grieve at 7:03 AM No comments:

We've been keeping our eyes on Pearl Street down in the Financial District, particularly the space adjacent to the Rockrose condo that's zipping right along (or up)... So, with the hotel plans for the now-empty lot on hold ... what does one do then with an empty, um, lot?

Ta-da! Make it a parking lot! 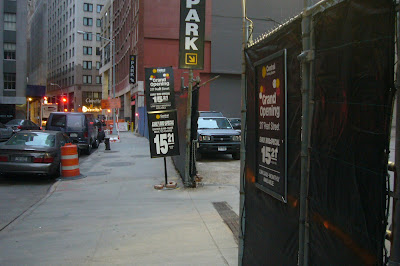 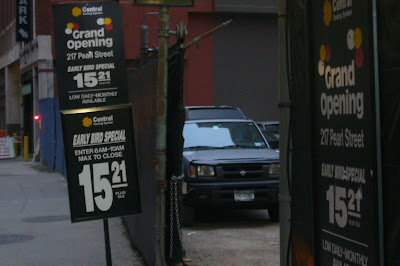 Taking another look at Pearl Street (and did Madonna and Britney ever get that wood?) 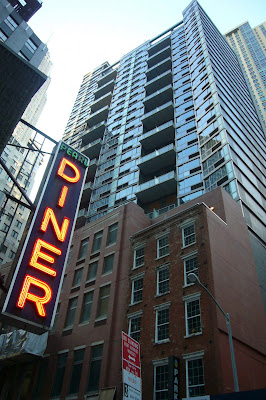 We've been watching the drama unfold on Pearl Street in the Financial District for years now...back to the days in 2003 when preservationists worked to rescue 211 Pearl St. from demolition by Rockrose Development Corp. Well. You know how this story ends. At least they were able to save the façade...

In case you don't know all the back story, here's a quickie from Downtown Express in 2003:

One of only a handful of existing Greek revival buildings that survived the great fire of 1835, 211 Pearl St. was constructed in the early 1830s by William Colgate, the founder of Colgate-Palmolive. Colgate used the building as a warehouse at a time when Pearl St. bustled as a hub for trading in dry goods.

The building's current owner, Rockrose Development Corporation, received demolition permits for 211 Pearl from the city's Buildings Department on Dec. 13, 2002, a Buildings spokesperson said. Rockrose is considering plans to demolish the building to make way for a rear entrance for a new, 650-unit residential development the company is constructing west of Pearl St., near Maiden Lane, Platt and Gold Sts.

"It's kind of ironic that, after having endured the tragedy of 9/11, we're talking about destroying a building that symbolizes the strength and endurance of New York," said Councilmember Alan Gerson. 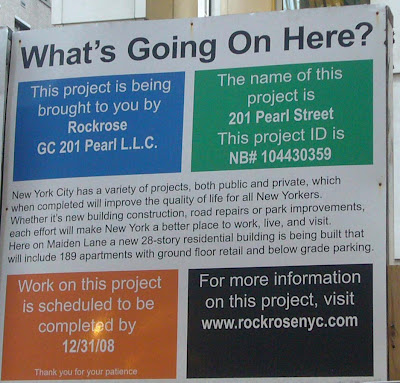 And it's probably a good thing the northern side of the building is windowless...Someday they'll likely be a hotel next door... 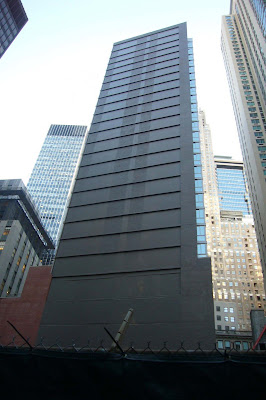 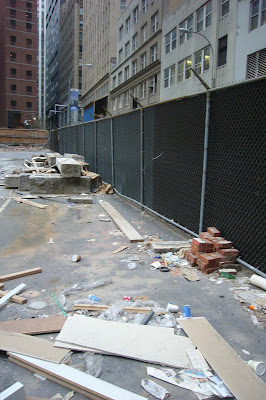 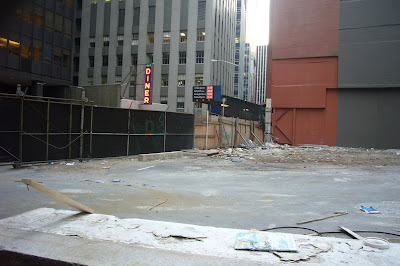 Complete with a handy place to sneak in...looks like a nice spot for some tags. 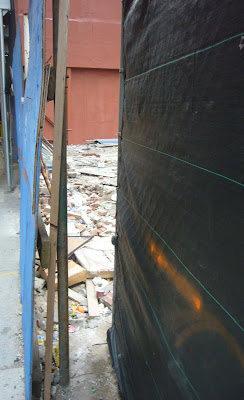 By the way! Before 211 Pearl St. was demolished, M. Fine Lumber Co., Inc. in Greenpoint bought all of the building’s pine ceiling beams -- roughly 350 in total. According to an article from the Oct. 7, 2003, Downtown Express:

At 211 Pearl St., only a silver remains of the historic Greek revival building that had stood there since the early 1830s. But elsewhere in the city, parts of the demolished interior have found new life, in a restaurant on the Upper West Side, in a tree guard on E. Fourth St., and possibly even on a music video set for Madonna and Britney Spears.

See if you can spot any pine ceiling beams:

Here's a post I did on the space for Curbed:
Development Plans on Pearl Street Now Short Term
Posted by Grieve at 6:55 AM No comments: