Thanks to EV Grieve favorite Forgotten NY for featuring the now-shuttered Peter's grocery on Madison Street. As FNY noted:

Peter's had an odd geometry because the store was located on one of NYC's sharpest triangles. NYC's downtown area doesn't have the strict grid arrangement found uptown; St. James Place was once part of the colonial-era Post Road to Boston, which meandered thither and yon all over the east side of Manhattan Island. When other streets were laid out the Post Road met them at sharp edges. 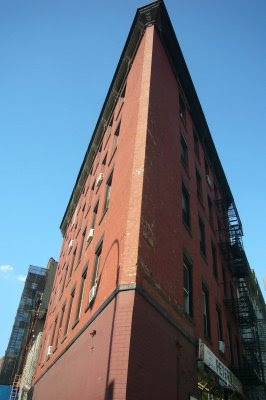 A Forgotten NY reader said that Peter retired and sold the building.

Previously on EV Grieve:
Peter's: A disappearing face of New York disappears
Posted by Grieve at 10:44 AM No comments:

Last July I did a post titled The grocery stores of St. James Place. I've always liked Peter's grocery at 25 Madison St. on the corner of St. James Place down on the outskirts of Chinatown and the LES. And for good reasons. You don't see many old-school storefronts like this anymore. 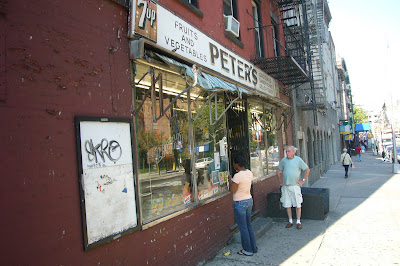 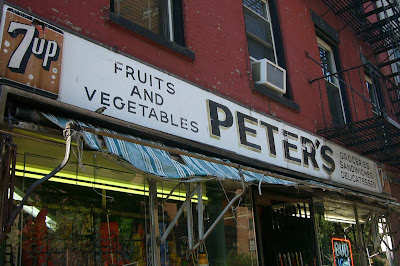 And I love the corner angle. 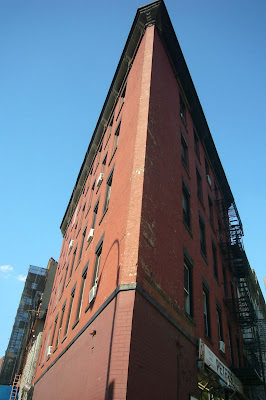 Unfortunately, when I went by the other day, Peter's was gone. I'm not sure how long ago it disappeared. 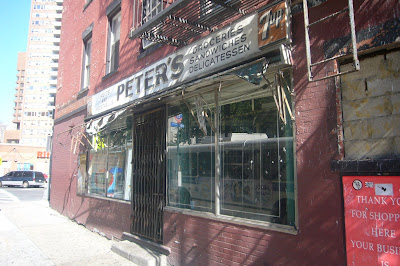 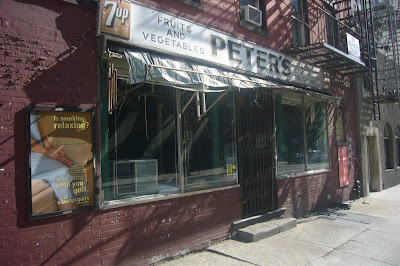 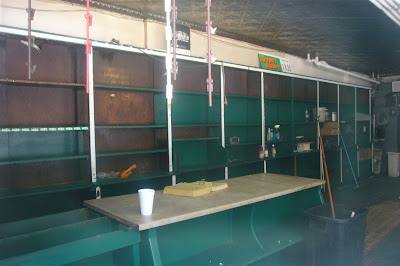 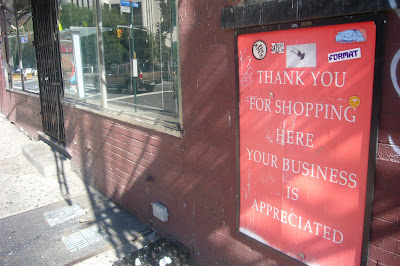 Peter's is featured in "Storefront: The Disappearing Face of New York," by James and Karla Murray. Peter's was owned by Peter Migliorini, who took over the business from his father (also named Peter).

So what will become of this unique space? 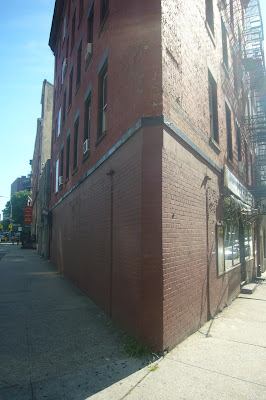