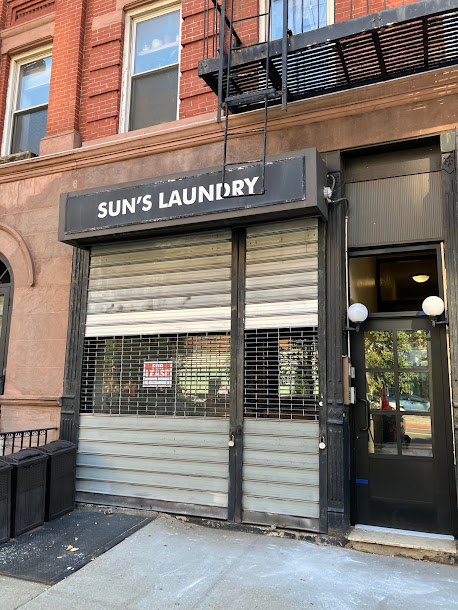 The east storefront at 626 E. 14th St. is available for the first time since 1959.
A for-rent sign recently arrived on the front window between Avenue B and Avenue C at the now-closed Sun's Laundry.
Robert Lee opened the dry-cleaning business with his father in 1959.
Mr. Lee was 84 in August 2020 when he and his family decided to close up shop, one of the city's last Chinese hand laundries.
Both Gothamist and NBC News had features on Mr. Lee following his retirement.
Posted by Grieve at 5:00 AM 1 comment:

Email ThisBlogThis!Share to TwitterShare to FacebookShare to Pinterest
Labels: for rent, Sun's Laundry

The long history of Sun's Laundry on 14th Street 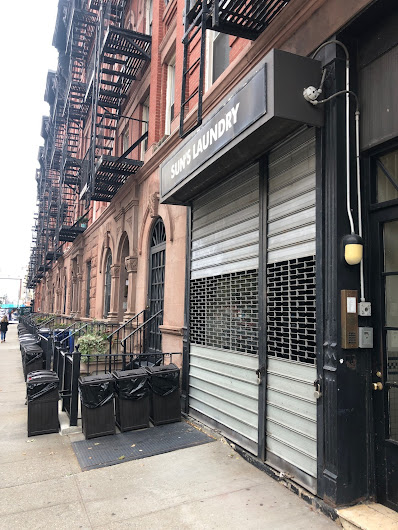 Sun's Laundry closed at the end of August at 626 E. 14th St. ... marking the end of the decades-spanning business that Robert Lee opened with his father in this storefront between Avenue B and Avenue C in 1959.
NBC News has a lengthy feature on Lee and his shop — one of the city's last Chinese hand laundries — that's worth your time.
An excerpt:

By clocking in 12 hours a day, six days a week, to support his family, Lee was able to put his children, Jane and Edward, through city colleges. During the golden years in the 1980s to the 1990s, Gee said, his uncle earned roughly $2,000 to $3,000 a month.
Lee claims to have maintained the lowest prices, starting at 19 cents to clean a shirt in 1959 and $1.20 in 2020, while competitors usually charged $1.80 to $2.50.
However, the shifts in consumer habits to automated drying machines in the 1970s to polyesters and wrinkle-free products in the 1980s to casual wear in the 20th century had slowly caused hand laundry businesses to falter. But Lee never considered automating his business model.
Still, Lee and his family were able to buy a two-story house in Elmhurst, Queens, with their added savings from selling their laundry business in Boston. They had purchased Sun's Laundry for $4,300 and secured a 99-year lease, with rent starting at $100 a month in 1959, which steadily rose to $800 from 2008 onward. 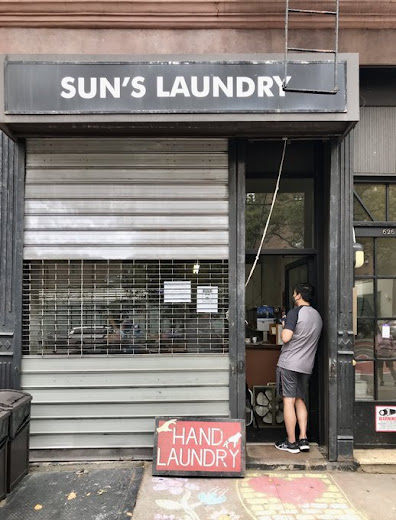 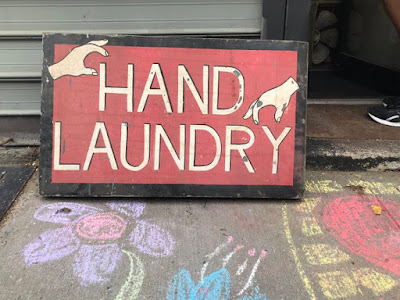