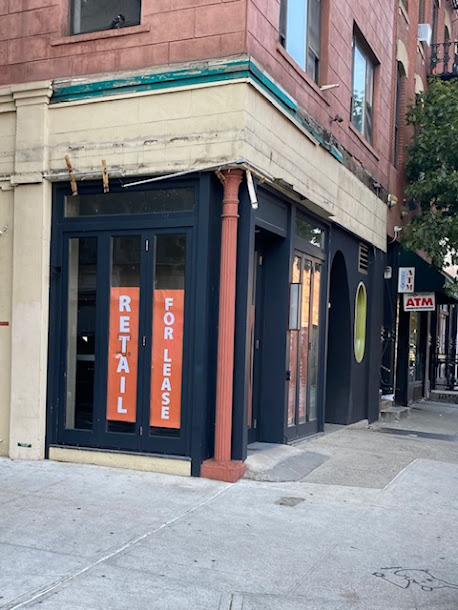 For rent signs are up now at 163 First Ave. ... the former Tarallucci e Vino on the NW corner of 10th Street.
The KSR listing doesn't have a ton of info, like asking rent, though "all uses considered." (Soon listings may read: "all smoke shop uses considered.")
Tarallucci e Vino, the all-day Italian cafe, closed back in June after a 20-year run here. Their other NYC locations remain open.
Thanks to Steven for the photo yesterday!
Posted by Grieve at 4:45 AM 4 comments: 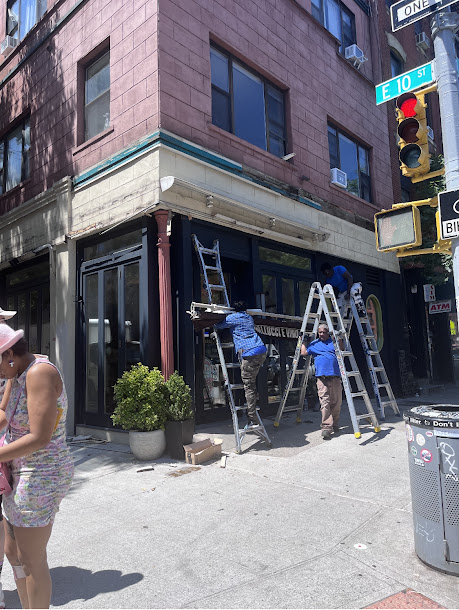 After more than 20 years on the NW corner of 10th Street and First Avenue, Tarallucci e Vino has shut its doors.
Workers were spotted clearing out the space yesterday. A worker confirmed that Sunday was the last day in business for the all-day cafe-restaurant ... 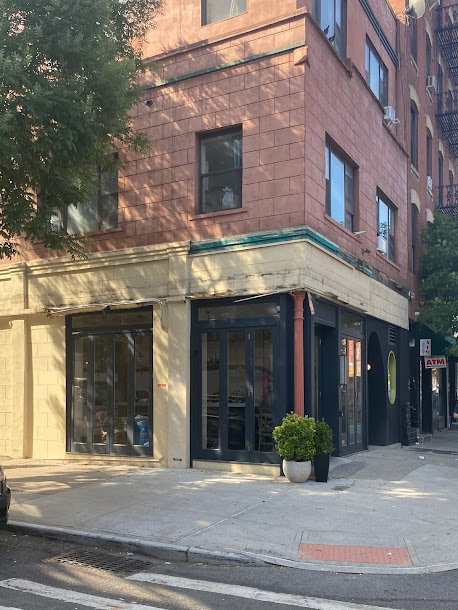 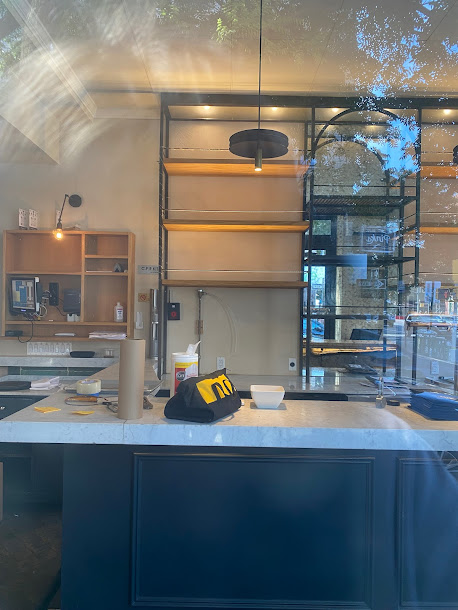 We reached out for more information.
The other locations (including the UWS, NoMad and Union Square) remain open.
Tarallucci e Vino owner Luca Di Pietro, his wife Kate and daughter Isabella launched the Feed the Frontlines NYC initiative at the start of the pandemic to feed New Yorkers in need and help restaurant workers stay employed.
Top photo by Jason McGroarty; others by Steven
Posted by Grieve at 5:15 AM 19 comments: 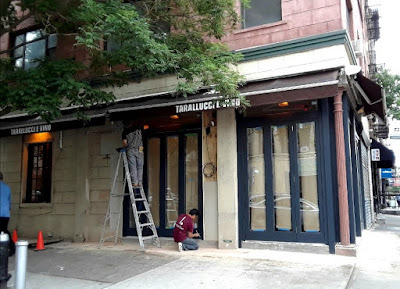 Back on Friday we noted that Tarallucci e Vino remained behind the renovation plywood on First Avenue and 10th Street during renovations... work was apparently a little behind schedule.

However, this past weekend, EVG regular Lola Sáenz shared these photos of the space after workers removed the plywood. 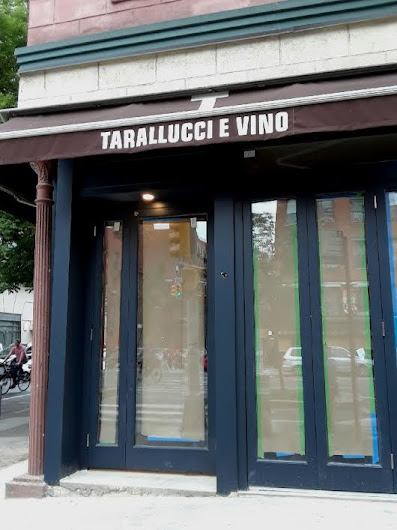 Still no word on a reopening date. The cafe, which opened in 2001, has been out of service since February. 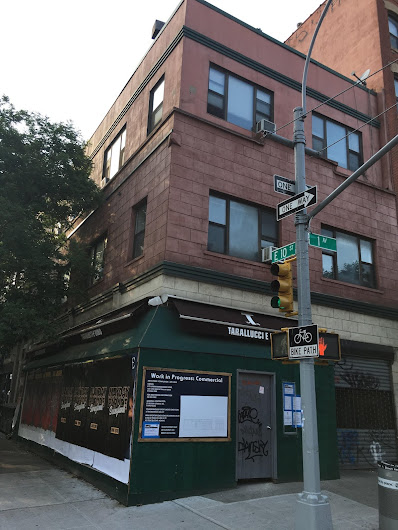 Tarallucci e Vino remains behind plywood on First Avenue and 10th Street ... the cafe closed in mid-February for renovations. Per the sign on the door at the time: "After 16 great years ... it's time to spruce things up a bit."

This Tarallucci e Vino, the first in NYC (there are now five locations total), was to be back in action by the end of March.

The cafe's website now states they will reopen in the spring. (Well, there's still officially about two weeks left of that season.)

Anyway, some regulars are apparently getting restless for the return. Several weeks ago, regulars L and J wrote a message on the construction door: "You were supposed to reopen at the end of March. It's May 10th. What gives?" 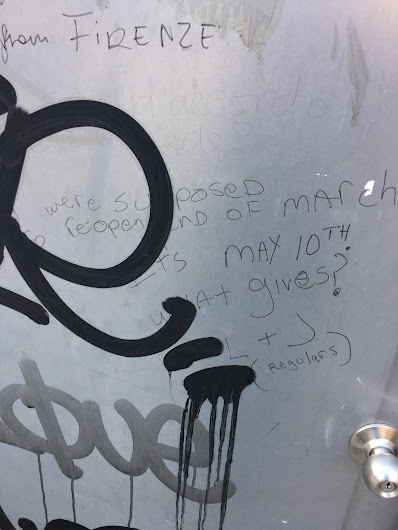 UPDATED: The cafe reopened on June 12.
Posted by Grieve at 4:01 AM No comments:

Tarallucci e Vino on 10th Street at First Avenue is currently closed (as of Monday) for a renovation.

As the sign on the Italian cafe notes: "After 16 great years ... it's time to spruce things up a bit."

Based on this glance inside the space yesterday, it appears to be more than a sprucing up, which suggests a coat of paint and some new chairs ... 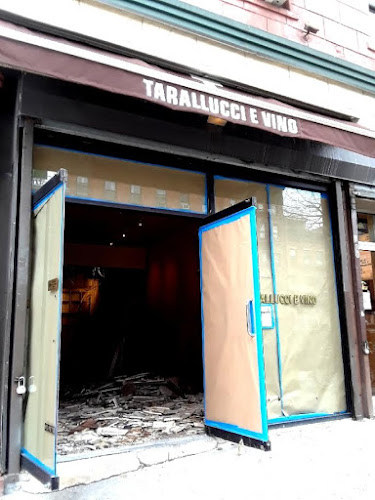 The owners expect to be back in service by the end of March.

Thanks to Lola Sāenz for the photo! 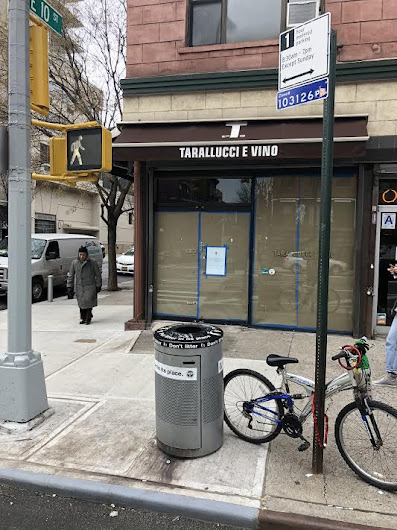 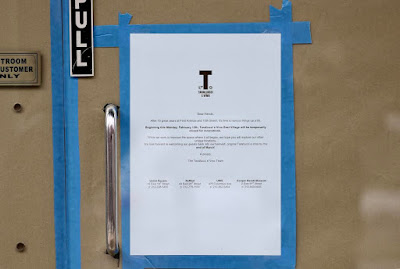 Per the signage at the Italian cafe: "After 16 great years ... it's time to spruce things up a bit."

The original Tarallucci e Vino (there are now five locations total in the city) expects to reopen by the end of March.

Thanks to Steven for the photos!
Posted by Grieve at 4:30 AM 5 comments: