Very Thai has not been open lately on Avenue B 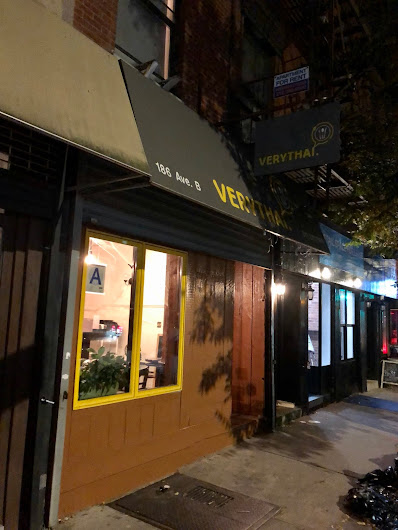 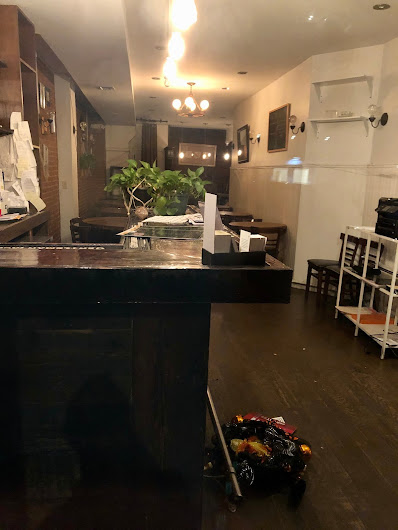 The first tip came in about a possible closure in late October (H/T David!). The space had shown up in real-estate listings dating to April 2018 ("motivated owner, low key money"). The storefront no longer appears to be for rent as of last week, suggesting that a new tenant has been secured.

The Very Thai website doesn't mention a closure, though their phone is out of service. Oddly enough, Yelp notes a temporary closure — with an October 2020 reopening... 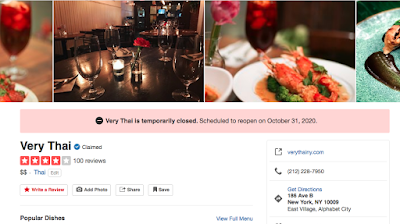 Very Thai arrived in early 2017, taking over space from the 10-year-old Barbone, the Italian restaurant that was Cromanated.

Meanwhile, while we're on this block, another tipster notes that Guac on the east side of Avenue B has not been open. The photo below is from Saturday night. 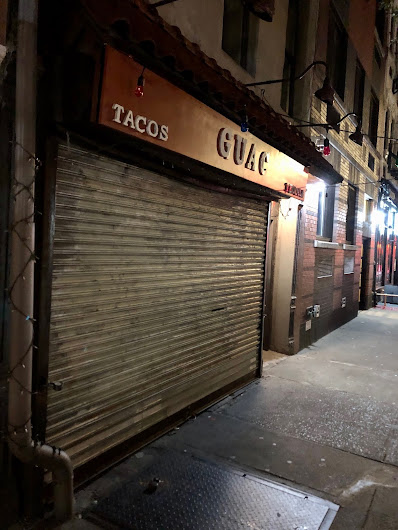 No word via the Guac folks about a temporary or permanent closure. The Mexican restaurant, run by Vincent Sgarlato, who owns and operates Eleven B and 11B Express across Avenue B, opened in the fall of 2016.
Posted by Grieve at 4:10 AM 6 comments: