Can't wait for this open house on St. Mark's Place! 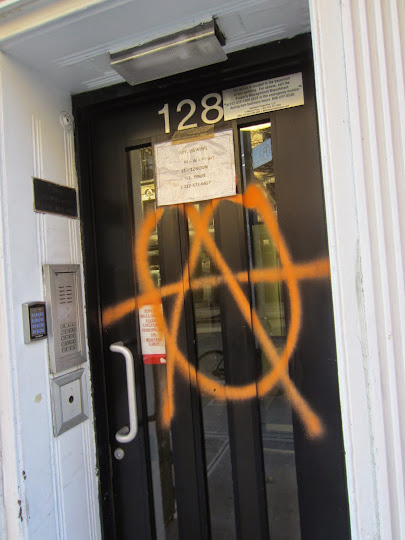 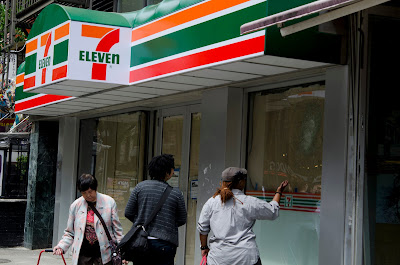 [The broken window at 7-Eleven on St. Mark's Place. Photo by Shawn Chittle]

The Post is reporting this evening that the NYPD arrested three men who were involved in last night's melee on Astor Place and St. Mark's Place.

The Post, who in the headline refer to the men as "anti-government goons," reported that "a gang of 25 authority-haters, some wearing masks, wielded 8-foot-long metal pipes and smashed the windows of the Starbucks at Astor Place and Lafayette Street, police said."

The NYPD news release notes that Starbucks patrons hid under tables during the incident. However, a store manager told amNewYork "there was no damage done and that the only 'panic' was outside the store."

The Post article says that two police officers were treated for minor injuries; an NYPD news release on the incident cites one injury.

Gothamist points out that one of the men arrested is Alexander Penley, an attorney who has been an Occupy Wall Street organizer. Police took one man in custody at Starbucks. Police arrested Penley and Nicholas Thommen at the Sixth Street Community Center about 90 minutes later. The two were attending a party related to the 2012 NYC Anarchist Book Fair. Among the reported charges: "assaulting a police officer, menacing, criminal possession of a weapon, resisting arrest and inciting a riot."

According to various reports, the group that swept through the neighborhood last night was not associated with #OWS.

The Awl beat me to posting this. About the former Citi-Spaces offices on Second Avenue at 11th Street. Looks like the marshal came calling. 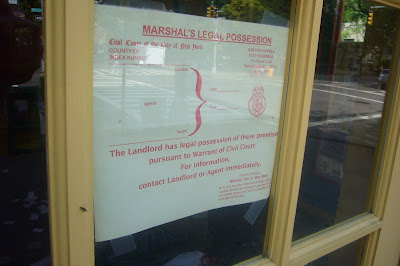 And did the landlord run out of paper for the windows? Or are they merely trying to keep the neighborhood children from seeing in.... 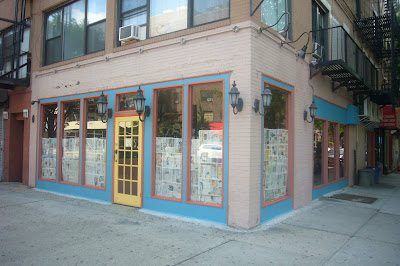 Previously on EV Grieve:
A short history of Citi-Spaces at Second Avenue and 11th Street
Posted by Grieve at 6:27 AM No comments:

The office was open for less than a year at this location. On this solemn occassion, let's take a look back at their history here!

It began June 17, 2008, when Jeremiah Moss noted this in his *Everyday Chatter:

Something weird is coming to the EV where a bodega used to be at 2nd Ave and 11th St. -- looks like a Mexican restaurant outside, with Moroccan-style lamps inside, but filled with many wooden cubicles, each with a computer terminal and an office phone. Hmm, DIY phone-sex biz? 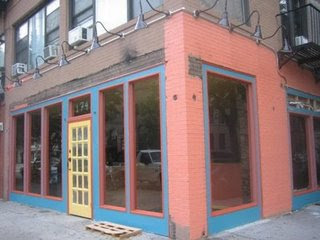 Then! Shortly after its July opening, it was tagged. 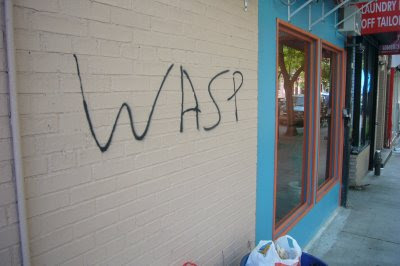 Then it was tagged again in late winter... 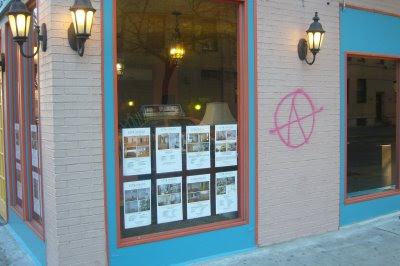 ...but someone had a change of heart a few weeks back. Just say no to the anarchy! 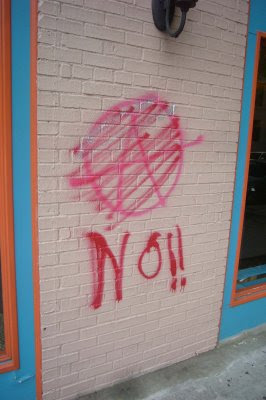 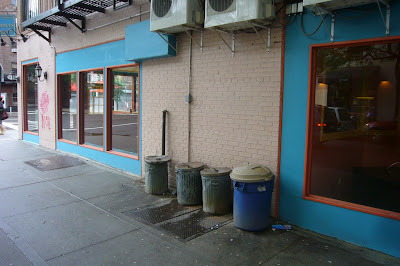 ...with a new tenant forced to deal with the worst color scheme ever! 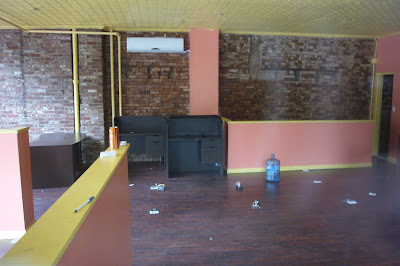 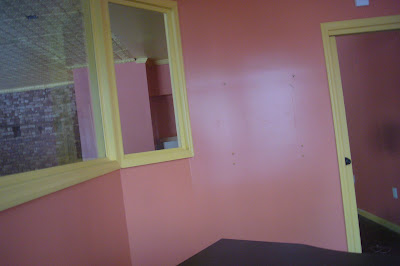 For months now, the anarchy graffiti was on the wall of the real estate office on 11th Street and Second Avenue. 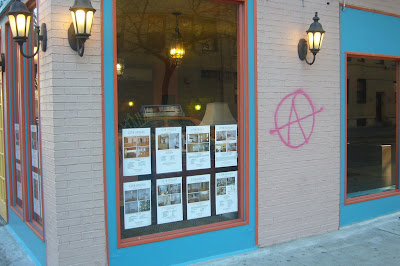 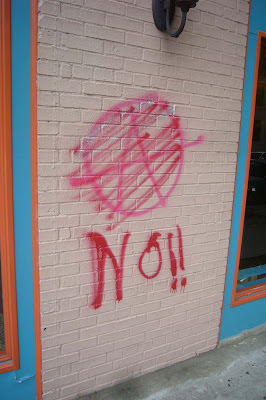 Interpret this any way that you wish.
Posted by Grieve at 6:50 AM No comments: