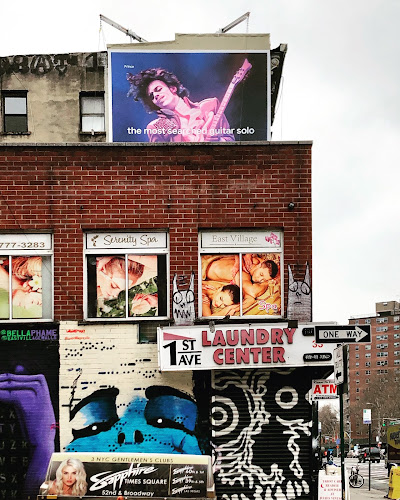 The northwest corner of Second Street at First Avenue, as seen yesterday...
Posted by Grieve at 11:45 AM 2 comments:

Email ThisBlogThis!Share to TwitterShare to FacebookShare to Pinterest
Labels: corners

Empty corner storefronts on Avenue A 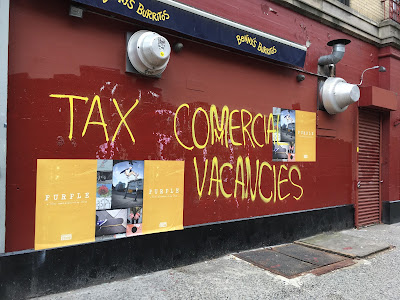 Someone spray painted this message — "Tax Commercial Vacancies" — over the weekend on the side of the former Benny's Burritos space on Sixth Street and Avenue A.

"I am very interested in fighting for a vacancy fee or a vacancy tax that would penalize landlords who leave their storefronts vacant for long periods of time in neighborhoods because they are looking for some top-dollar rent but they blight neighborhoods by doing it."

Anyway, by my count, there are currently six corner storefronts sitting vacant on Avenue A between Houston and 14th Street. (This doesn't count the new retail space for lease in Steiner East Village at 11th Street ... or the incoming Target at 14th Street.)

• Southeast corner of A and Second Street. The Chase branch closed here in November 2015. The space has had six or seven brokers since then. Last October, EastVille Comedy Club looked at taking part of the storefront. However, CB3 denied the application, citing, among other reasons, that this address was never licensed before and that it exists in a saturated zone.

• Northwest corner of A and Third Street. Landmark Bicycles closed here back in October.

• Northwest corner of A and Fourth Street. The Santander bank branch closed here on Friday.

• Southeast corner of A and Fifth Street. This space shouldn't be empty for too much longer: Mast Books is relocating here from a few storefronts away.

• Southwest corner of A and Sixth Street. Benny's shut down in November 2014. The owners of the bar the Black Rose were going to apply for a liquor license for this corner, but those plans never materialized. 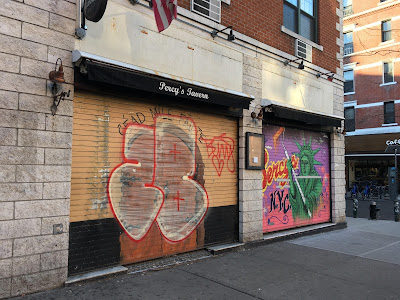 • Southeast corner of A and 13th Street. I don't know exactly when Percy's Tavern closed. Back in August they started opening later in the day, foregoing weekend afternoons. In September, a reader told me they were done. I walked by to see — and they were open. My guess is they closed for good at the end of September, about the time applicants for the the Honey Fitz made an unsuccessful attempt for a new liquor license here.
Posted by Grieve at 4:30 AM 20 comments: 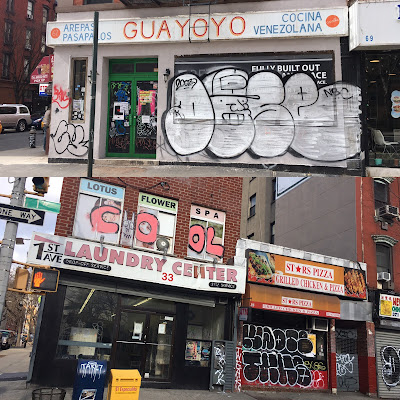 First Avenue at Fourth Street (top) and Second Street...
Posted by Grieve at 10:16 AM 2 comments:

A big improvement for (maybe) the worst East Village corner 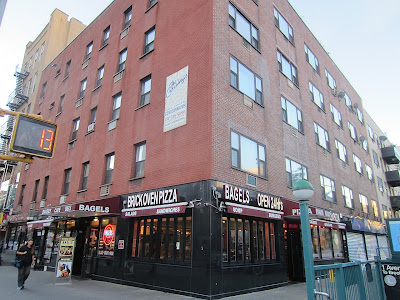 Whoa. Shocker. That sidewalk bridge that had been on the corner of First Avenue and East 14th Street is finally gone... Oh! So this is what all these businesses look like... 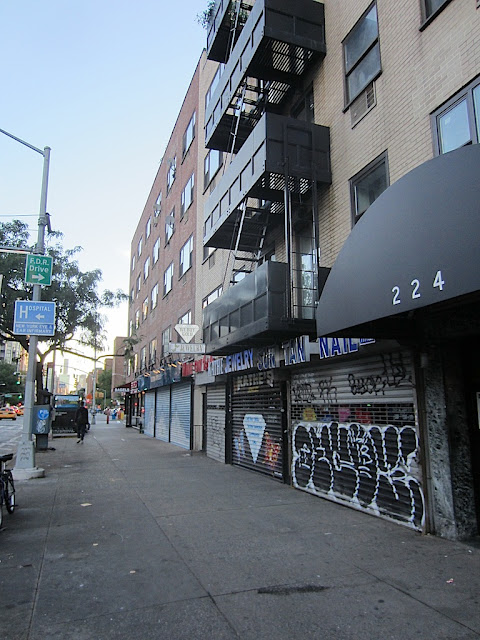 As for this being maybe the worst corner in the neighborhood for general congestion, stupidity, annoyances ... that's subjective... but it really sucks. You may have other least-favorite corners.
Posted by Grieve at 5:40 AM 15 comments: