Signs of new development along the retail strip of 250 E. Houston St. 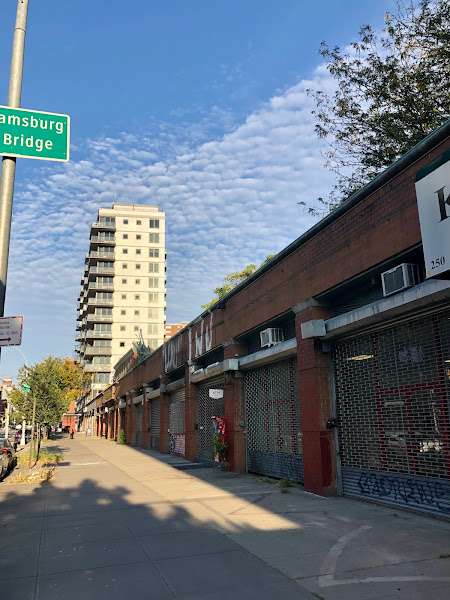 The old retail section of this strip of storefronts at 250 E. Houston St. is apparently coming down to make way for an unspecified new development.
As we've reported, there was a storefront shuffle along this stretch between Avenue A and Avenue B. Kapri Cleaners and the FedEx Office Print & Ship Center moved from the unrenovated spaces to new storefronts closer to the entrance to the 13-story residential building at No. 250. Other businesses, including the Dunkin'/Baskin-Robbins and China Town, have closed.
And there is actually a demolition permit on file with the city for the address dating to July. (Not sure how we missed it in previous tours of this DOB bin.) The permit has not yet been approved, per public records.
In the ALL-CAPS style of the DOB:

And back on Thursday, a crew was here between Avenue A and Avenue B with a Davey drill... presumably taking soil samples (thanks to Salim for the photo!) ... 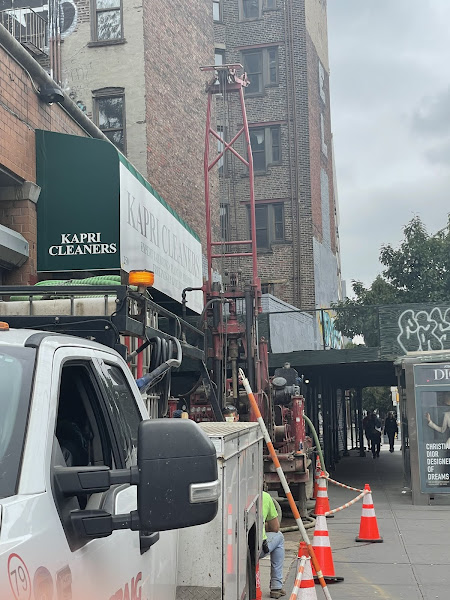 There has been a Davey drill sighting before the start of every new development in recent years (like here ... and here... and here) in the neighborhood.
And this Google Maps aerial view shows how much space there is at the property should the developer desire to drop in a new building ... 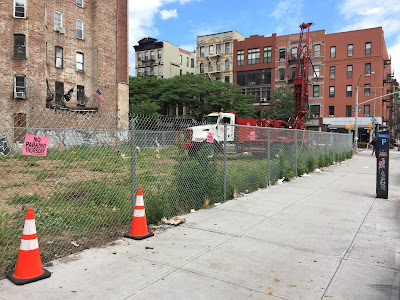 Several EVG readers noted the arrival of a Davey Drill on the former site of 119 Second Ave. yesterday... workers were apparently doing some soil testing (or a "'due diligence' subsurface investigation," per olympiasepiriot).

Upon leaving for the day, someone from the crew apparently put up generic-looking "no parking Thursday" signs up here on Seventh Street at Second Avenue... and blocked off part of the street with cones... 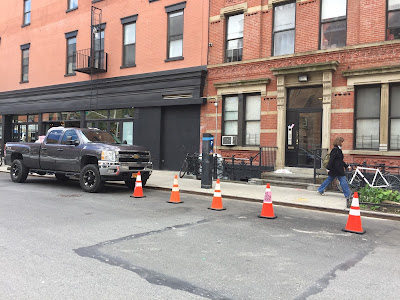 An EVG reader who shared these photos believes these are fake NYPD signs ... the one below is from the Dance Parade, which has the NYPD logo and department number on the bottom... 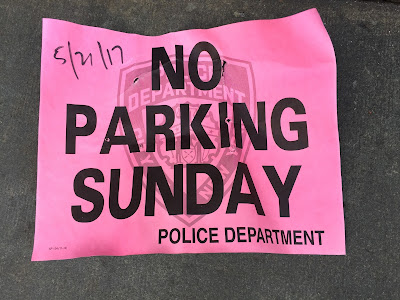 So far there aren't any work new permits on file for work on this property.

As noted in previous posts, there have been reports that landlord Maria Hrynenko, who the DA charged with involuntary manslaughter and other alleged crimes, was poised to sell her now-empty lots at No. 119 and 121. Lawyers have said that a sale could potentially jeopardize the settlements of the victims.

Hrynenko is now claiming in a new lawsuit that her management company was "careless and reckless" in its work that led to the deadly explosion. Investigators have said that an illegal cost-cutting gas delivery system at 121 Second Ave. may have caused the blast that killed two men and injured a few dozen other people as well as destroyed three buildings — 119, 121 and 123 Second Ave.

A Davey Drill and a dream 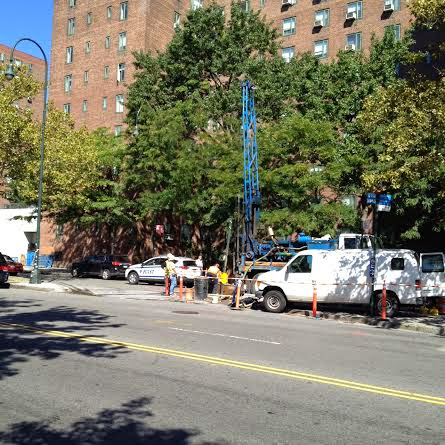 Last Thursday, we noted the arrival of a Davey Drill outside the former Peter Stuyvesant Post Office branch on East 14th Street.

As the above photo shows, the drill is now across the street … doing a little soil sampling in a new spot.

"Could they actually be thinking about adding a second entrance for the subway at Avenue A in anticipation of the 2,000 new residents we’ll see with the coming developments? Hey, you’ve gotta have a dream…"

Here is the future of East 14th Street and Avenue A: 7 stories of residential and retail
Posted by Grieve at 4:50 AM 6 comments: