Crews are out preparing for the massive "Eat, Pray, Love" shoot tomorrow -- most notably on Fifth Street near Second Avenue. (A few signs said that filming would also occur today...I didn't see any filming.) The ensemble cast features Julia Roberts. 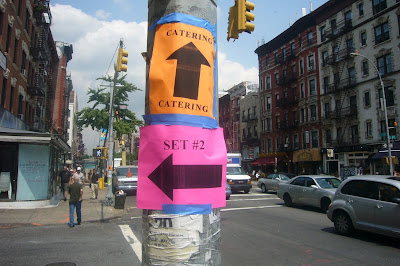 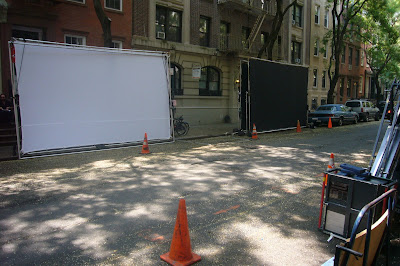 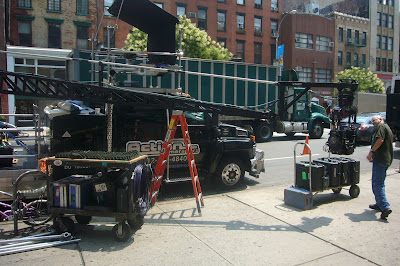 Well, let's hope this film is good for the sake of Miss Roberts. To be honest, her career has been in a tailspin since 1988's "Satisfaction."

"Eat, Pray, Love" -- starring Julia Roberts and Javier Bardem -- will pretty much be filming everywhere in the East Village on Monday and Tuesday 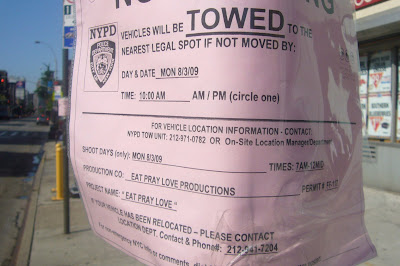 The adaptation of Elizabeth Gilbert's best-seller "Eat, Pray, Love" commences filming this week...kicking off a globe-spanning story in the East Village. And, based on the cast, and the number of filming fliers that I spotted, this promises to be an enormous production. I saw EPL signs on Second Avenue, First Avenue, Avenue A, Third Street to Ninth Street. And Brad Pitt is co-producing the film.

P.S.
In case you didn't want to remember....Gilbert's 1997 GQ article, "The Muse of the Coyote Ugly Saloon," a memoir of hercareer as a bartender at you-know-where, was the basis for the "Coyote Ugly" cinema klassik
Posted by Grieve at 8:30 AM 1 comment: 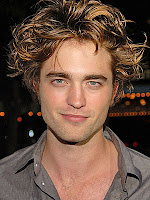 On an intersection in downtown Manhattan, the ever-present hordes of teenage fans are mingling with firefighters and the film crew — all less than 100 feet from a building that is dangerously close to falling down!

But while R-Pattz and co. bravely soldier on amid the flashing lights of the emergency services, on-set sources admit the melee is a nightmare for the crew.

"It's causing a hold-up for the shoot. We can't get anything in or out of here," said one gaffer-tape wielding worker.

Onlookers tell OK! that R-Pattz himself is taking the most recent near-disaster to strike his movie, following last week's near-miss with a taxi cab, in stride.

"Robert is concentrating on his scene," said one observant fan. "But most of the crew are staring nervously at the crack in the building and talking about whether it will fall down or not."

But if, heaven forbid, the building were to fall down, the top would land a couple of feet from Rob's dressing room trailer.

"Rob Pattinson ... was hit by a taxi cab on Thursday while running away from hysterical fans. RadarOnline.com witnessed the Twilight star get clipped by a cab around noon in front of the Strand Bookstore on Broadway and 12th Street."
Posted by Grieve at 4:52 PM 3 comments: 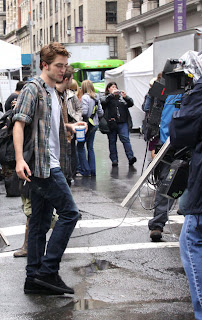 "Robert Pattinson's new movie, which is tentatively titled Remember Me, began filming in New York City this afternoon. As an exasperated crew member was overheard complaining, 'They might as well call it Paparazzi and 'Tweens, 'cause there's more of us than them!' It was a fair statement considering how the crowd had swelled substantially (a rough estimate of 200) outside of NYU's Silver Center of Arts & Science, after fans had texted and called their friends to get to downtown Manhattan." (Entertainment Weekly)

"I came all the way from Las Vegas for this!" said 26-year-old Patricia Galas. "I've been here since Friday and I leave tomorrow. I like his hair and his music. I really just want to ask him when he's playing next so I can see him live. I've read all the books." (OK! magazine)

[Diane Cohn/Fame Pictures]
Posted by Grieve at 6:14 AM 2 comments:

Well, you're in luck — the Step Uppers are filming today around Baruch... 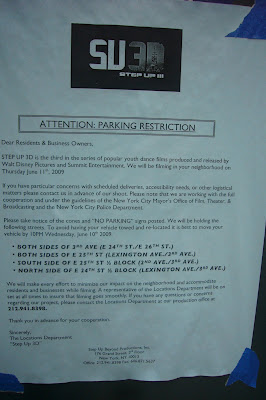 Email ThisBlogThis!Share to TwitterShare to FacebookShare to Pinterest
Labels: filming in New York, Step Up

Saturday at the Cooper Square Hotel 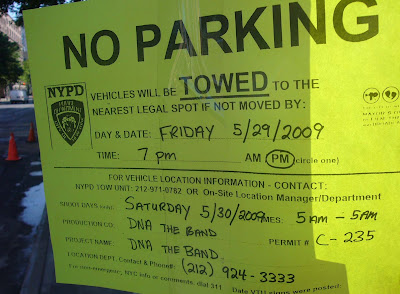 Someone standing around told me this was a shoot for a music video. 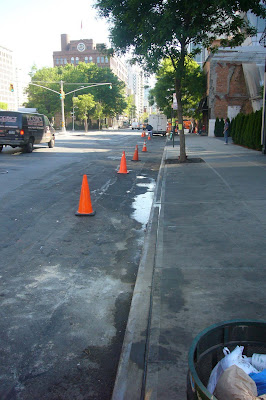 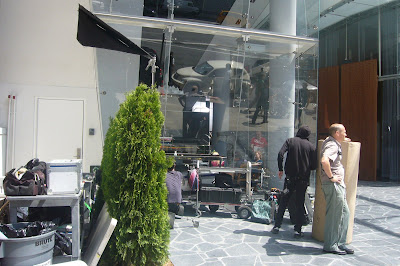