iSouvlaki has closed on 12th Street 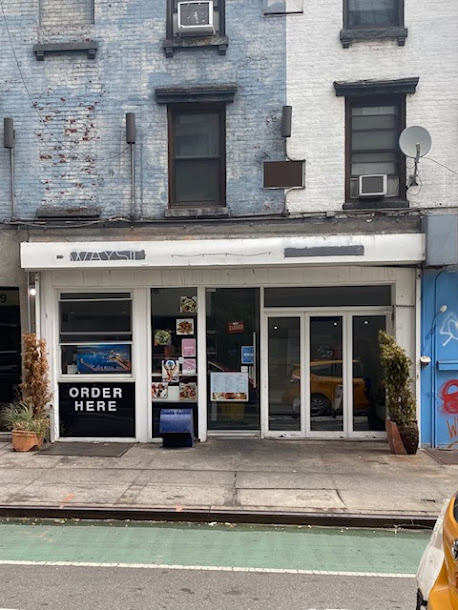 Photos by Steven
After two years at 139 E. 12th St., iSouvlaki has apparently closed here just west of Third Avenue. (H/T EVG reader Todd!)
Workers have removed the iSouvlaki signage and the interior is in some disarray... 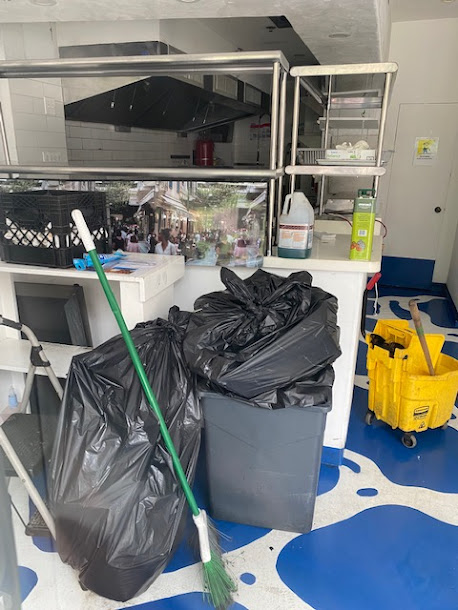 There isn't any official notice about this closure. This outpost is no longer on the iSouvlaki website, which lists a new location coming soon to Chelsea.
The quick-serve concept offered falafel, salads and other traditional Greek cuisines... via James Paloumbis, whose credits include Merakia on West 22nd Street and Gossip Coffee in Astoria.
Previously here: Greekito closed in November 2018, shortly after changing up concepts from the Wayside, a cafe-coffee shop that lasted six years.
Let's see how long this space stays vacant... seems like a decent location with its proximity to NYU and New School dorms... not to mention venues like the Loews Village 7 and Webster Hall...
Posted by Grieve at 5:00 AM 8 comments: 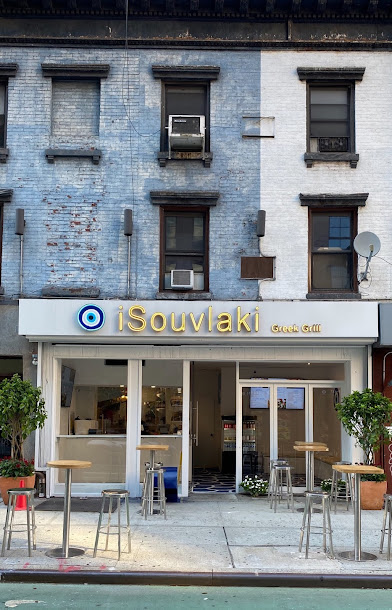 James Paloumbis, whose credits include Merakia on West 22nd Street and Gossip Coffee in Astoria, is behind iSouvlaki, described as a fast, casual grill.

Highlights from the menu include meritha (assorted platters), loukaniko souvlaki and pork tylikto. There are a variety of Greek salads and vegetarian options available. An assortment of Greek desserts are featured, including sour cherry yogurt and halva. Greek beers and small bottles of wine can also be purchased. 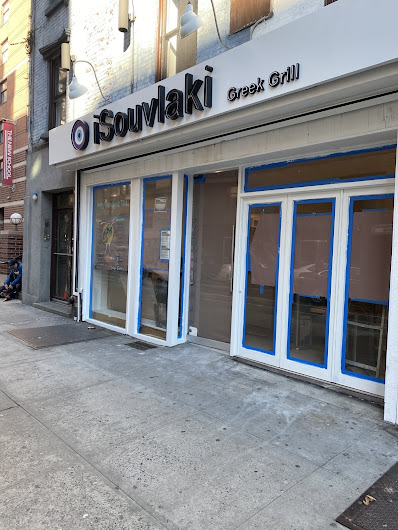 There has been activity in recent weeks inside the vacant storefront at 139 E. 12th St. at Third Avenue... and late last week the sign arrived for the new tenant — the iSouvlaki Greek Grill, which looks to fall into the "fast casual" category.

The owners are said to be from Merakia on West 21st Street, the same proprietors who were behind the previous venture here — Greekito, which featured Greek tacos, beer and wine, and coffee.

Greekito closed in November 2018 shortly after changing up concepts from the Wayside, a cafe-coffee shop that lasted six years.
Posted by Grieve at 4:00 AM No comments: