Peter Kane looking to bring Out East to 6th Street 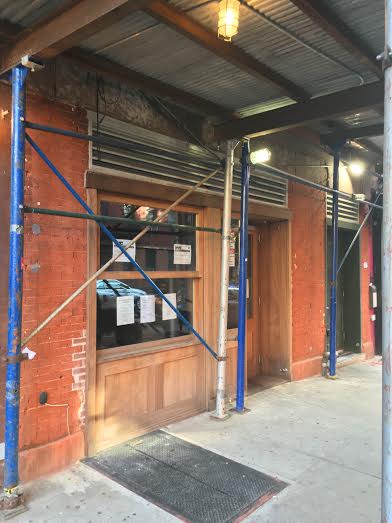 Veteran restaurateur Peter Kane (Bowery Meat Company, Stanton Social, Essex & Beauty, among others) is one of the applicants behind a new project in the works for 509 E. Sixth St. between Avenue A and Avenue B.

According to the paperwork (PDF) filed at the CB3 website ahead of tonight's CB3-SLA committee meeting, Kane and company are bringing "new American cuisine" to Out East.

The configuration for the two-level restaurant space shows 38 tables for 104 diners plus two small bars seating 16 people total. The proposed hours are 5 p.m. to 2 a.m. Monday-Friday with an 11 a.m. opening on Saturday and Sunday.

The applicants are seeking a full liquor license for the premises. The space was previously home to the sketchy Kion Dining Lounge. As far as we can recall, the last tenant here was a pop-up bar from the folks behind the Buenos Aires Restaurant during the 2014 World Cup.

The July CB3-SLA committee meeting is tonight at 6:30 in the Thelma Burdick Community Room, 10 Stanton St. at the Bowery.
Posted by Grieve at 4:16 AM 1 comment: 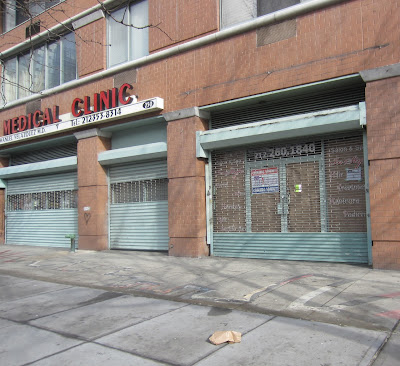 A new addition for the Shoppes at Red Square here on East Houston between Avenue A and Avenue B... a liquor store is taking over the space previously leased to a spa-salon. 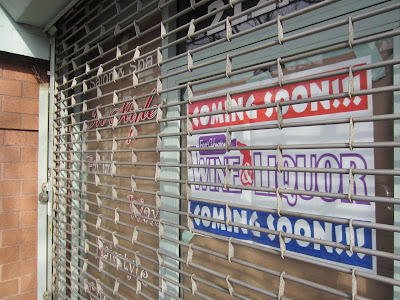 Posted by Grieve at 5:59 AM No comments: 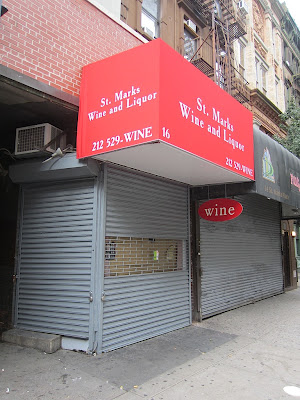 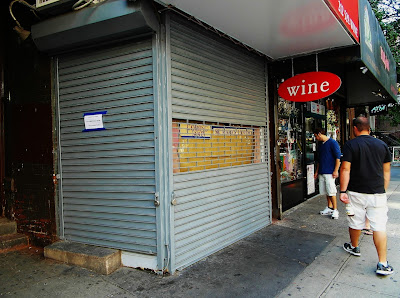 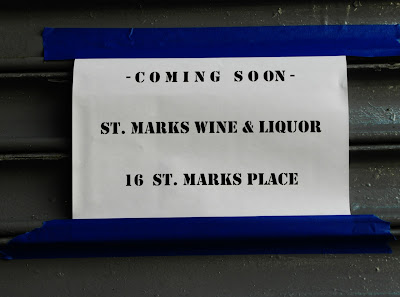 Two weeks back we noted that the new deli/grocery that took over half of the Dunkin Donuts space on Second Avenue had closed...

The folks who own the liquor store next door also own this space... and they are expanding into this space, according to several sources...