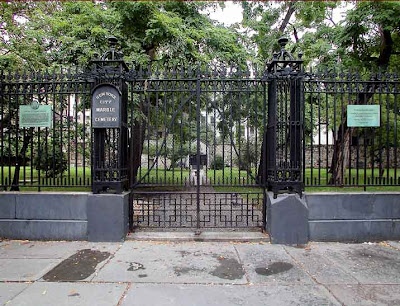 As you may know, the 10th Annual openhousenewyork is going on this weekend ... more info is here. Among the local places open to the public — the New York City Marble Cemetery on Second Street, where the resident historians will be around to discuss the Cemetery's history and those interred here.

This weekend will also provide you the opportunity to take a first look at MoRUS — the Museum of Reclaimed Urban Space at 155 Avenue C in the C-Squat storefront. MoRUS co-found Laurie Mittelmann said that while the space isn't finished yet, it's coming along nicely ... find more info here at the MoRUS website.

Finally, as a reminder, this weekend is the "Harvest Arts Festival in the Gardens" in community gardens on the Lower East Side. Find the list of participating gardens here.

Posted by Grieve at 8:00 AM No comments:

How to host a more inviting Open House

Tip No. 16: Do not place the Open House sign next to an overflowing trash can. 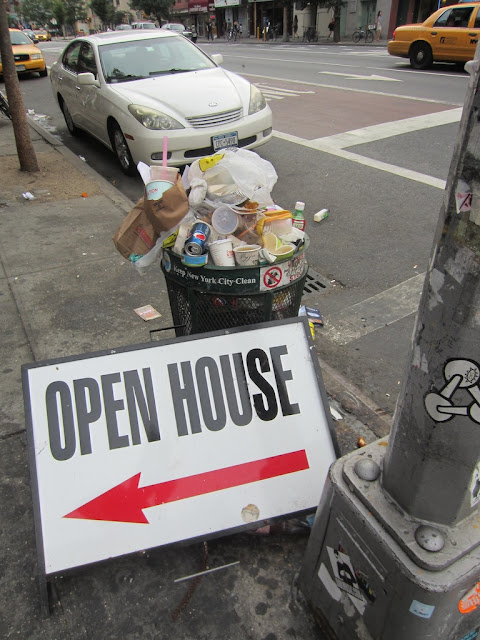 One evening here at 13th Street and First Avenue.

Actually, it's not even inviting when the can is empty... 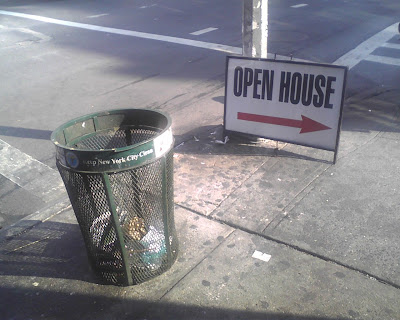 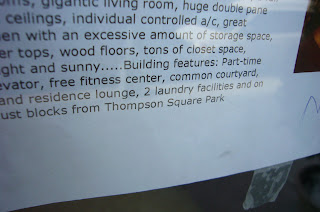 For no good reason this past Sunday, Mrs. Grieve and I decided to go to an open house on East 12th Street between A and B. I've watched this eight-story apartment building go up in recent months and was curious what it would look like inside. (I wish I could remember what was on this lot prior to this apartment building...) Plus, I saw the open house ad in the Times with the price range...$2,900 for studios to $4,900 for two-bedroom apartments (roughly 920 square feet) a month. More than anything, I guess, I wanted to know what nearly $5,000 -- an amount that seems criminal to me -- would get you in the East Village today. The short answer: Not as much as I'd like. By the way, this post isn't meant to rip this new building...everything was top of the line...and I'm really so tired of grumbling about the continued ridiculous rents being charged in this neighborhood...I'm sure I'll have to move away soon enough. But until then! Might as well have some fun. 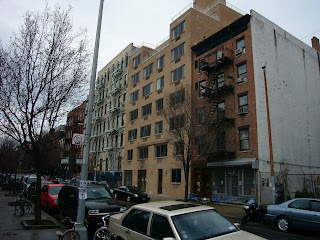 Many of the larger apartments come with a small balcony that overlooks the back of the buildings on East 13th Street. I can only imagine the joy the folks on 13th Street will experience while watching you sit on a tiny balcony in an apartment that costs nearly $5,000. 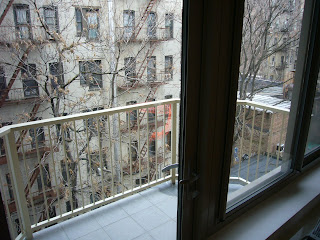 There's also a lovely rooftop deck with panoramic views of the city. [Updated 3/20: To be fair, the rooftop deck was nice...I sounded sarcastic when I wrote "lovely" -- I often sound sarcastic even when I'm being serious!...the photo below mostly shows the adjacent building's roof...Regardless, a nice rooftop hardly makes up for the steep rents.] 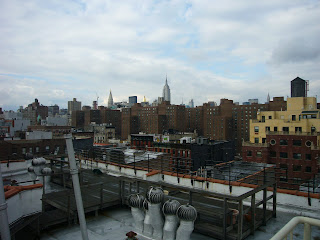 The building opened on March 1...and I was told that it was nearly half full as of Sunday. For my money, I'd prefer to live in the building right next door....this is more my style. 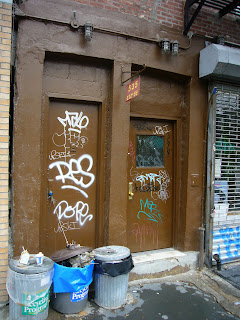