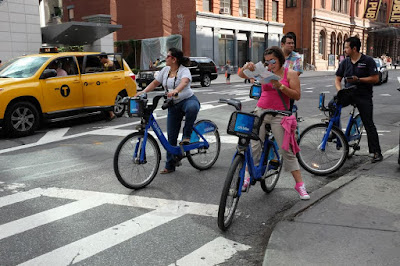 Not necessarily neighborhood specific. But perhaps of interest. In case you missed this in The New York Times today.

It has been a decade since former Mayor Michael R. Bloomberg decided to ramp up New York City’s efforts to attract more tourists, and city officials say there is no end to the influx on the horizon.

In Berlin on Wednesday, Fred Dixon, the chief executive of New York’s tourism-marketing agency, NYC & Company, plans to announce a forecast of 59.7 million visitors this year. That would exceed last year’s record of 58.3 million visitors by 2.4 percent and keep the city on pace for a goal of drawing 67 million annual visitors by 2021

Alicia Glen, the deputy mayor for economic development, said their goal is get tourists to explore other parts of NYC.

Tourism officials are hoping to persuade out-of-towners that “the cool thing to do is to get out of Manhattan,” Ms. Glen said. “You’re sort of a loser if you come to New York and just go to Times Square.”