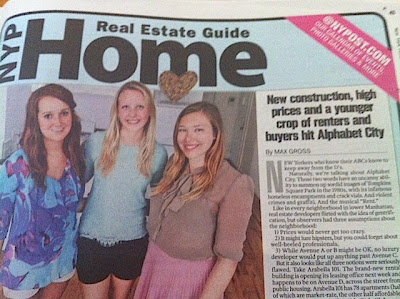 We waited until last night to wade through the cover story of the real-estate section in the Post... A piece on "Alphabet City" titled "Love Letters." It's the usual blather about how expensive the East Village is getting, how people luck out and find a $4,000 apartment, etc.

In any event, we learned a few tidbits about projects that we've been watching...

• The empty lot across the street at 321 has been sold. We've seen some activity at the location... 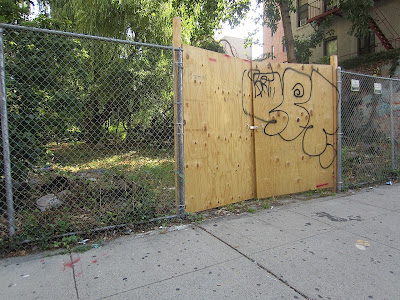 David Amirian, co-principal of the development firm for 316-318, told the Post "that a deal was in the works for the empty lot directly across the street by a developer."

• Amirian also that "another project adjoining his (with frontage on Avenue D) is going to be a rental with both market-rate and affordable units."

That development will be going at this now-empty field on the northwest corner of Avenue D at Houston. 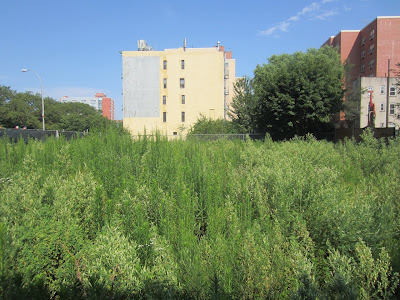 This is what the corner looked like at the start of demolition in July 2008 ... 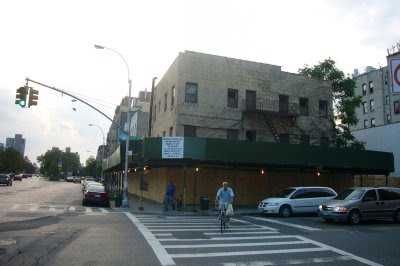 This is what was in the works a few years back, as for reported on by the Lo-Down ... 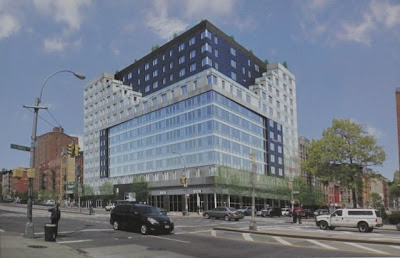 And why the popularity in the East Village? To the Post...

"Inventory is so limited and so many people want to be in the neighborhood," says Elizabeth Kee, a broker for Core who lived in the neighborhood in the early 2000s. "Never in our wildest dreams did we ever imagine [prices would be this high], but it's a simple supply and demand curve."
Posted by Grieve at 6:30 AM

Ummmmm...Like...I'm confused, Britnea...Like why is there like a John Cusack painting on the wall. OMG I tots <3 the LES !

should I stay or should I go?

Good luck filling that building. They may as well build it in the East River.