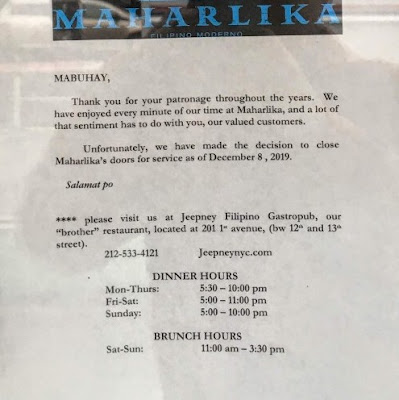 Maharlika opened in August 2011, in space that had been several restaurants previously, including Absinthe, Lautrec Bistro and Lingua.
Posted by Grieve at 4:20 AM