At the March Against Gun Violence 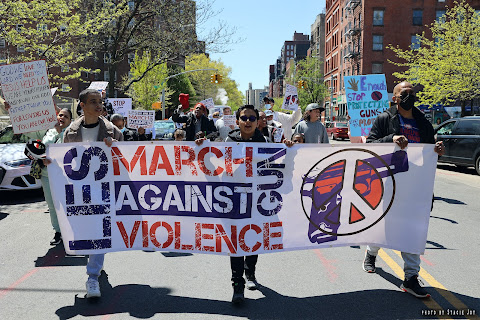 Photos by Stacie Joy
Dozens of local residents, community groups, faith-based leaders and members of the NYPD turned out yesterday on the Lower East Side for the March Against Gun Violence. 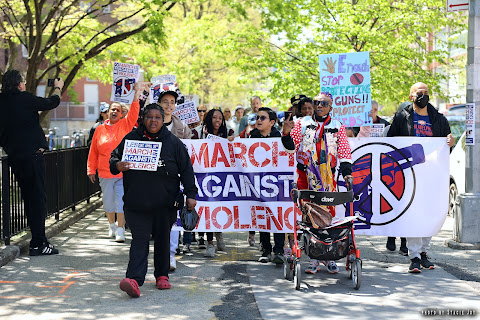 Neighborhood police precincts (the 7th, 9th and PSA 4) and several local community groups organized the event.
"We're here for them, the community — and the community is here as you can see," 7th Precinct Commanding Officer Luis Barcia told ABC 7. "They're also doing their part and working with us to stop the violence."
The march started at Delancey and Columbia on the Lower East Side ... and ended at P.S. 34 on 12th St. between Avenue C and Avenue D. EVG contributor Stacie Joy shared these photos... 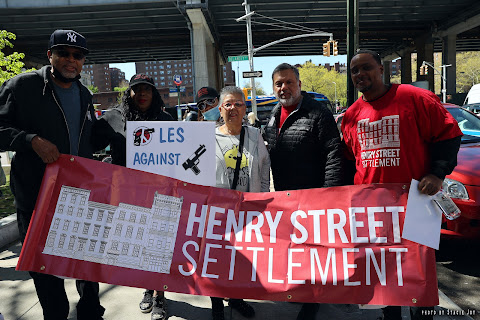 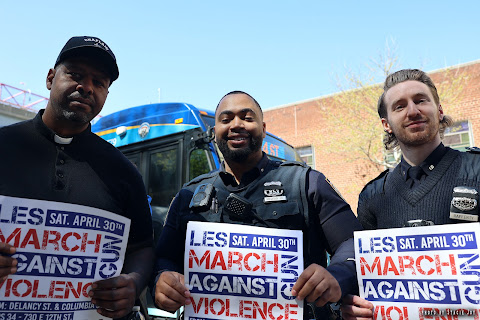 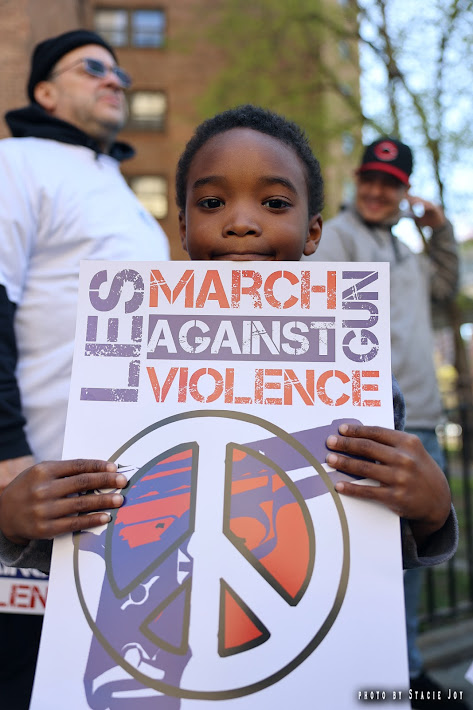 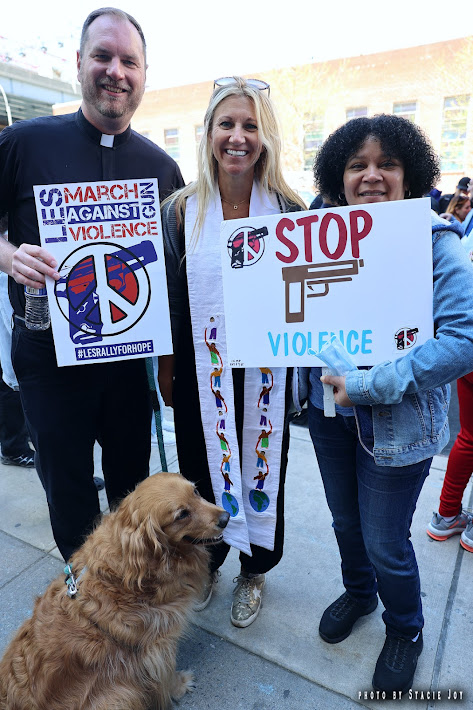 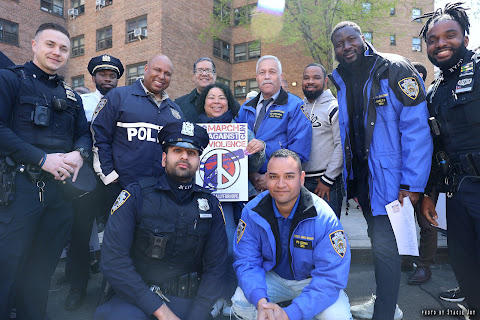 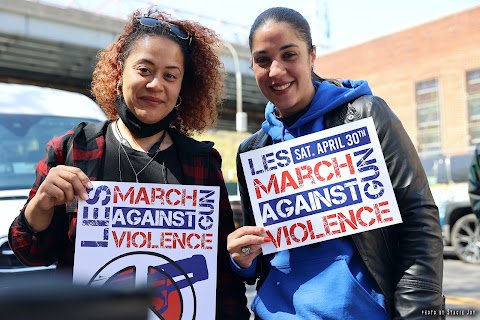 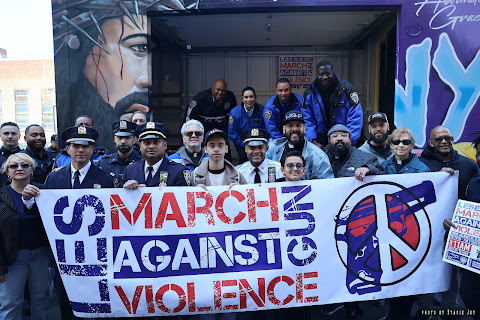 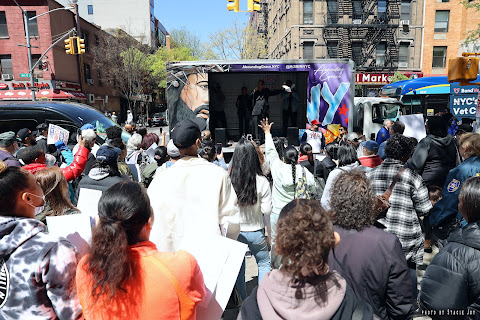 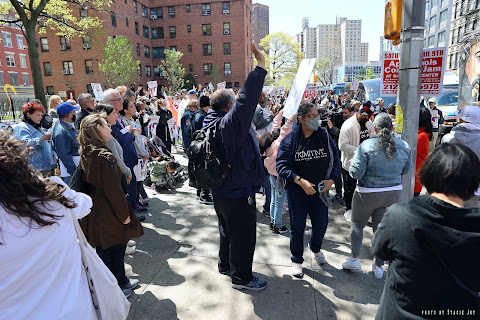 According to ABC 7, there have been nearly 450 shootings this year — a 9% increase over the same period last year.
"This is how serious this is to everyone, including the mayor," said NYPD Deputy Inspector Ralph Clement.
Mayor Adams met with top NYPD leadership yesterday to discuss crime strategies in the wake of citywide violence, per NBC 4.
On Friday morning at 9, a 42-year-old man was shot dead on Fourth Street between Avenue B and Avenue C. Police have a person of interest in custody.
Posted by Grieve at 4:00 PM

People can march and stay stop the gun violence for a hundred years (and have) and it still won't change a thing. The Sullivan Act is a gun control law in New York state that took effect in 1911. Has anything changed? Yes, we have more guns and more gun violence. What needs to change is that we need more police on the streets, more mandatory sentencing if you are caught with an unlicensed/unregistered (illegal) gun of any kind, loaded or not. Make committing a crime with a gun, any crime/any gun, carry a mandatory sentence of 5 years, or if a violent crime, make it 15 years and if murder, make it a life sentence. If it is a juvenile, then re-education facilities until they are 18.