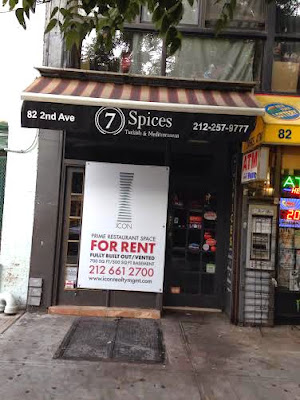 And Icon Realty is asking $11,000 for the space — 620 square feet on the ground floor and another 480 square feet in the basement.

It wasn't always easy here. Last fall, 7 Spices went on a week-long vacation for several months before eventually reopening. Previously, the owner tried a go with Reyna Exotic Turkish Cuisine.
Posted by Grieve at 4:59 AM 2 comments:

7 Spices has been on vacation for awhile on Second Avenue 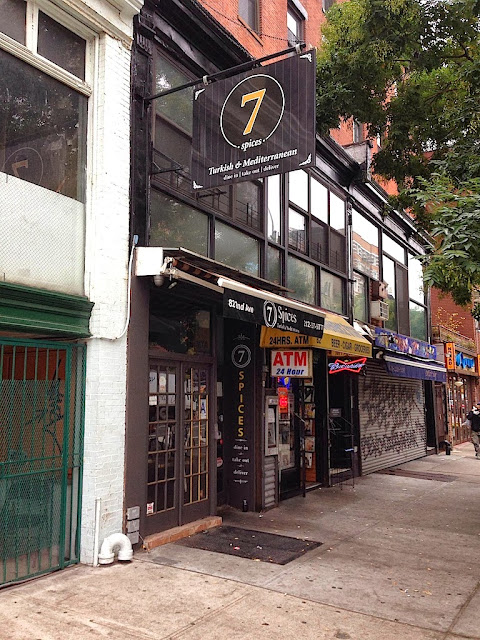 Reyna Exotic Turkish Cuisine quietly opened and closed during the summer of 2012 at 82 Second Ave. ... the same owner reopened the space in January as 7 Spices here between East Fifth Street and East Fourth Street...

Now a reader notes the following: They've had a sign in the window indicating that they're on vacation and will be back next week for the past three to four weeks. 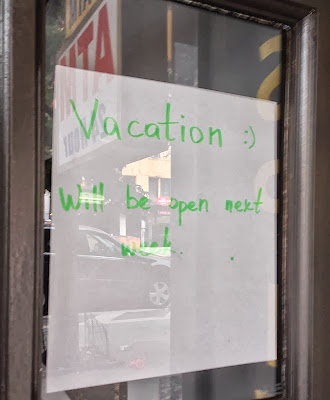 Aside from serving Turkish and Mediterranean fare, 7 Spices arguably has/had the largest delivery zone around... 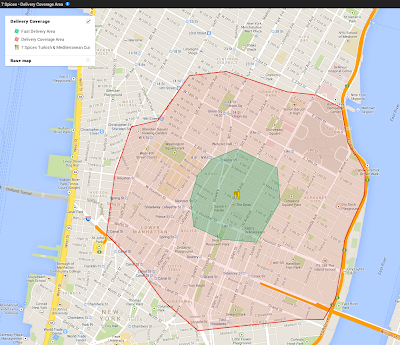 Per their website (which doesn't mention any temporary vacation or closure):