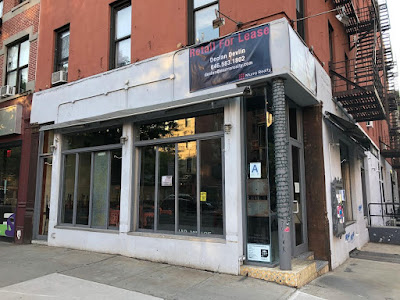 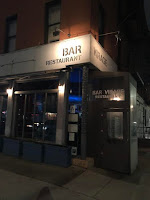 Ravi DeRossi is looking to expand his vegan empire with a new concept — the Dollface Diner.

The East Village-based restaurateur is on the February CB3-SLA committee docket (the meeting is Feb. 11) for a new liquor license for the former Bar Virage space on the northeast corner of Second Avenue and Seventh Street.

To date, just the preliminary application is on file at the CB3 website, so there aren't many details yet on what to expect.

We reached out to DeRossi for more details on the concept, which was first mentioned during a #EatForThePlanet with Nil Zacharias podcast in the fall of 2017.

At that time, DeRossi described Dollface as a 24/7 vegan diner, a "family-friendly space" with pastries, ice cream, milk shakes and egg creams. (In the same podcast, he discussed plans to take this concept, along with Avant Garden Sandwich Co., a plant-based sub-sandwich shop, national.)

If the Dollface application gets approval, then this will make DeRossi's fourth establishment along Seventh Street, joining Ladybird, Fire & Water and Avant Garden.

Meanwhile, he's currently changing concepts at Cienfuegos, which is undergoing a revamp to a plant-based Texas BBQ joint called called Honeybee's at 95 Avenue A and Sixth Street.