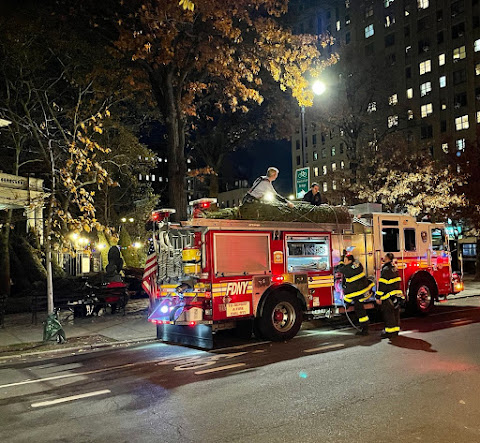 Thanks to @nycsouthpaw for sharing this photo... of members of FDNY's Engine Company 5 (station on 14th Street near First Avenue) buying their tree from the Tree Riders on 10th Street and Second Avenue...
Posted by Grieve at 9:00 PM No comments: 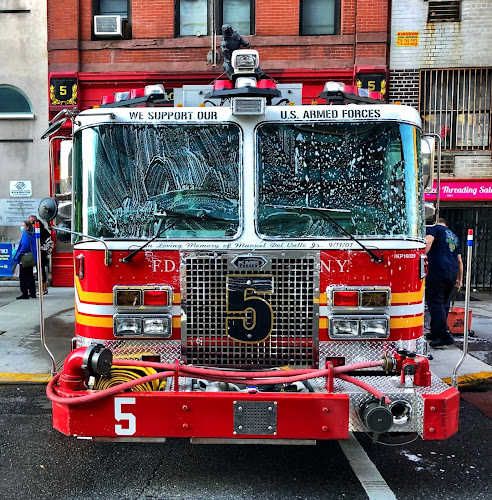 Preparing for 9/11 ceremonies outside Engine Company 5 on 14th Street between First Avenue and Second Avenue this morning.
Twenty years ago today,  the Company lost Manny DelValle Jr., a 7-year FDNY veteran who grew up in the Bronx. He was 32. (Here's more about him from his obituary in The New York Times.)
According to previous reports, 26 firefighters from the neighborhood's four stations died on 9/11.
Posted by Grieve at 8:30 AM 1 comment: 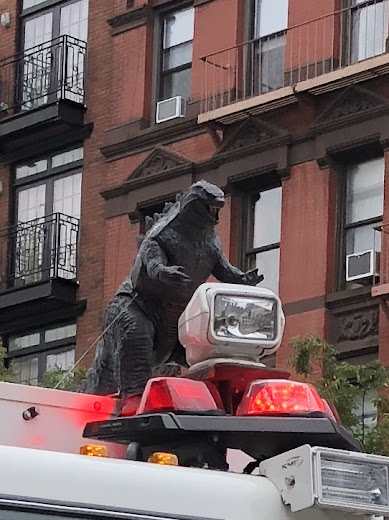 Riding atop Engine Company 5 as always... photo on Second Avenue today by Steven...
Posted by Grieve at 9:01 PM No comments: 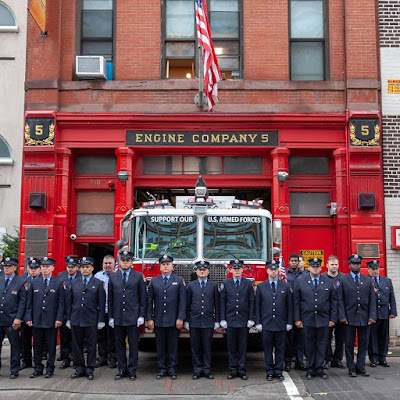 Local firehouses throughout the city commemorated 9/11 today. James and Karla Murray shared this photo from this morning outside Engine Company 5 on 14th Street between First Avenue and Second Avenue during a moment of silence.

As the Murrays wrote:

Manny had just finished an overnight at Engine 5 ... when the call came in around 8:47 am.. that a plane had hit the North Tower of the World Trade Center. Engine Company 5 was assigned to team up with another company to walk up 80 floors and stretch the hose line. Manny Delvalle Jr. was carrying the rollup lines of hose and an oxygen tank. The last time Manny was seen, he had stopped on the 10th floor to give a woman oxygen. His unit had made it to the 15th floor when they were called back when the building began to rumble. They looked for Manny but could not find him and after the North Tower fell at 10:28 a.m., he was reported missing.

Here's more about him from his obituary in The New York Times:

At home in the Bronx, Mr. DelValle took advanced classes in salsa dancing. He loved Latin music but listened to everything. "Rap," said his brother Pete Moyer. "And R&B," added his sister Grace Nolly. "Old school," said his father, Manuel Del Valle, to be specific.

Mr. DelValle, who graduated from the University of Maryland, was also an accomplished moguls skier and roller skater, a traveler, a lover of war movies and, his family says, a lady's man. He also got Engine Company No. 5, where he was assigned, to participate in the Puerto Rican Day Parade. He was the one in the family who always sent a card and gift to siblings, half-siblings and cousins.

According to previous reports, 26 firefighters from the neighborhood's four stations died on 9/11.
Posted by Grieve at 8:16 PM 1 comment: