At Graceland, the corner deli on Avenue A and Second Street, signs are now up announcing its closure... 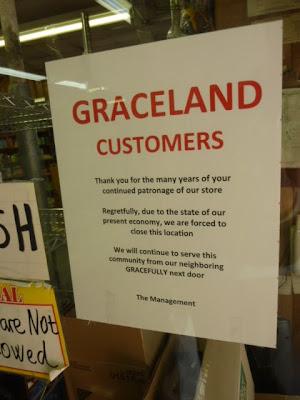 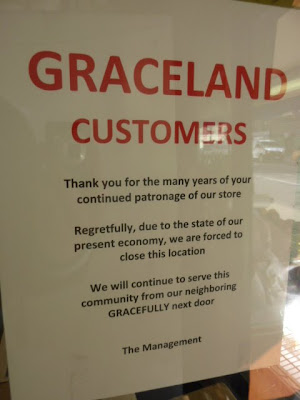 EV Grieve reader Ryan says, "At this point it sounds as though some of the employees will be kept on, fingers crossed. Unfortunately I can't imagine a new place is going to clear enough $ to make up for the astronomical rate hike. Unless they jack everything up to Gracefully prices."

Word is the rent is being hiked up to $20,000 a month. Grace Dancyger owns Graceland as well as Gracefully, the more upscale sister deli two doors up the Avenue.
Posted by Grieve at 7:00 AM 2 comments:

Walked in Graceland on Avenue A and Second Street the other night... looking rather barren ... the shelves up top are empty... 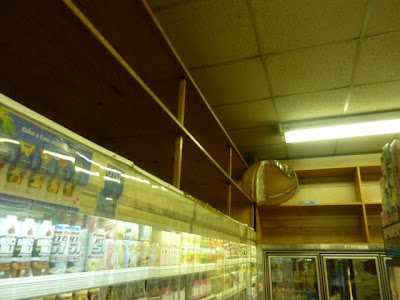 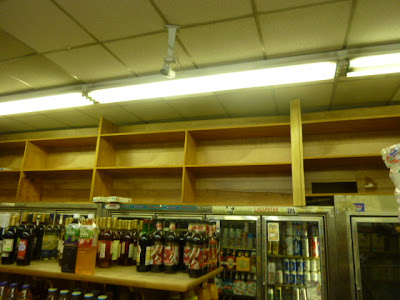 Has anyone heard any updates on it closing?


Previously on EV Grieve:
Graceland is closing in the next 10 days
Posted by Grieve at 11:23 AM 5 comments:

Email ThisBlogThis!Share to TwitterShare to FacebookShare to Pinterest
Labels: Graceland

Graceland is closing in the next 10 days

Last Thursday we reported that Graceland, the corner deli on Avenue A and Second Street, is going to be forced to close because the landlord wants a substantial rent hike. 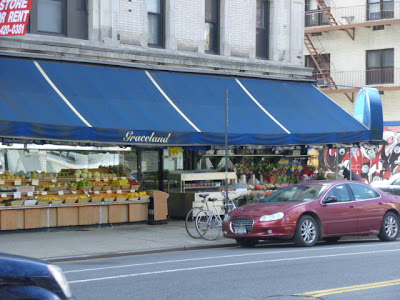 Several EV Grieve readers who shop at Graceland, which opened here in 1991 with a $4,000 monthly rent, got confirmation of the closing this past weekend.

Talked to people at Graceland last night and they confirmed the landlord was asking for a 35%+ raise on rent. I'll be really pissed ... there's a lot of fun characters that work there, and with the continued storefront wasteland of Avenue A, who knows what we'll get in there, if anything.

And EV Grieve frequent commenter BaHa, who also blogs at With Leftovers, was told by a worker on Friday that Graceland closes in 10 days. The Graceland employee said they clear about $800 a day... "so, with a rent increase to $20K, they didn't have much choice. We were both choking up a bit."

This New York magazine feature from 2005 has more about Graceland's owner, Grace Dancyger.

Previously on EV Grieve:
Nicky's staying in the East Village; Graceland moving out?
Posted by Grieve at 7:00 AM 16 comments: