Haile Bistro expected to reopen next week on Avenue B 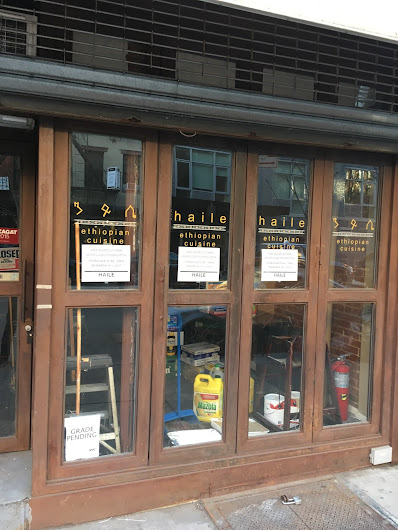 We recently noted that Haile Bistro, the Ethiopian restaurant on Avenue B between 11th Street and 12th Street, had been closed of late without any explanation.

Now, though, there are "closed for renovations" signs posted on the front windows ... noting a reopening on March 14... 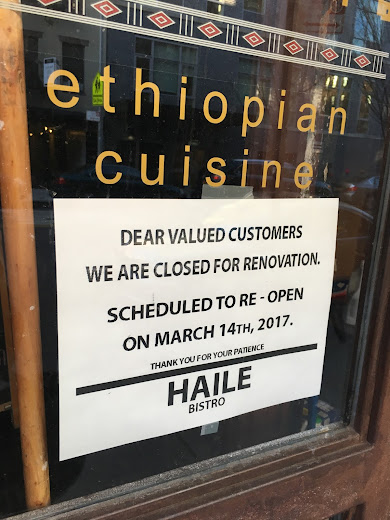 A comment on the previous post from a former owner states that another family member will now be running Haile, which opened in 2013.
Posted by Grieve at 4:05 AM 4 comments:

Last week, we noted that VeryThai is coming to 186 Avenue B between 11th Street and 12th Street. In the comments, a reader said that Haile Bistro, the new restaurant's neighborhood, had been dark of late. 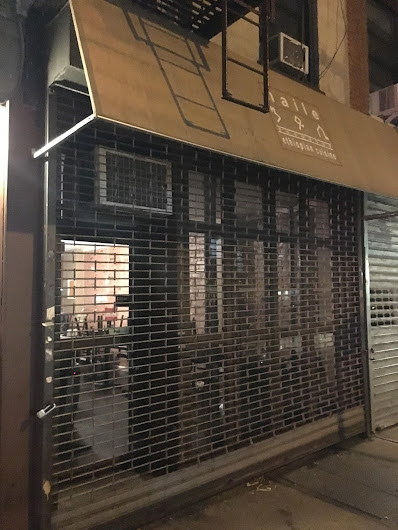 Indeed, the family-run Ethiopian outpost remained shut all last week and through the weekend... the interior looks to be in the process of being cleaned up... 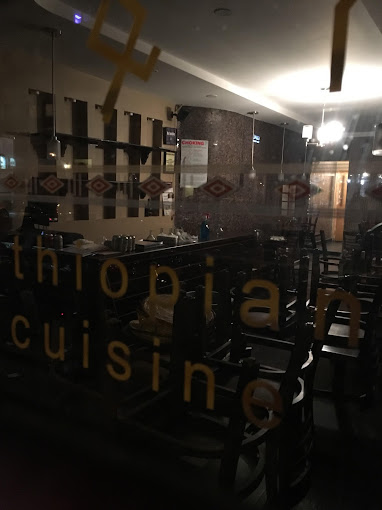 There aren't any closed notices on the storefront or Haile's website. The phone goes unanswered. Haile opened in 2013, and was an affordable dining option.

The space was previously home to Fu Sushi.

Updated:
The restaurant will reopen on March 14!