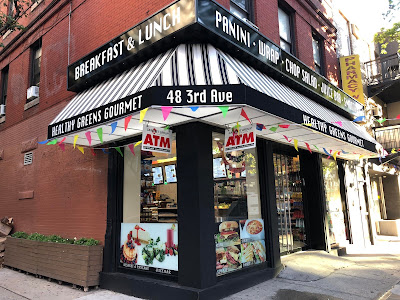 This storefront was previously the Red & White Spa, which closed at the end of 2017.
Posted by Grieve at 1:07 PM No comments: