I Coppi returns to the East Village 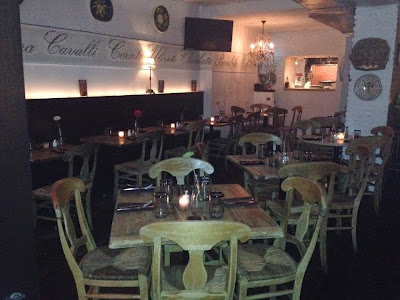 I Coppi, the modestly priced Tuscan restaurant, closed after 14 years on East Ninth Street in September 2012.

Proprietor Lorella Innocenti then planned to open a similar-themed restaurant at 189 Avenue A with her sister Maristella, who owns Matilda on East 11th Street near Avenue C.

Unfortunately, the sisters couldn't make it work on Avenue A despite their best efforts.

However, the two remain undeterred, and have reopened I Coppi in the Matilda space at 647 E. 11th St. near Avenue C. The new space will be called I Coppi Di Matilda.

"It's my sister, myself and my husband Esteban," Maristella told us. "We've all been through the recession, Sandy and more, but we are back with [our] mama's food at very good prices."

The sisters were born and raised in Pistoia, Tuscany. They looked for ways to reproduce the recipes that their mother made for them while growing up. Lorella was able to do so at I Coppi. Maristella helped in the kitchen, where she met her future husband, Esteban Molina, a sous chef.

Maristella and Esteban opened Matilda in 2007.

Having achieved their individual successes, the sisters along with Esteban decided to bring together both of their businesses with I Coppi Di Matilda, which features an array of pastas priced at $15 and less.

"It has most of the original menu from I Coppi, but also includes some of the specialty dishes specific to Matilda," Maristella said.

And the plans for a restaurant on Avenue A?

"We couldn't get enough money together and finally had to give up," she said. "But the family is together and stronger than ever. Hopefully, even without any help from the city or the government — I got zero after Sandy, and we lost everything at Matilda's — we will do better now with mama's food." 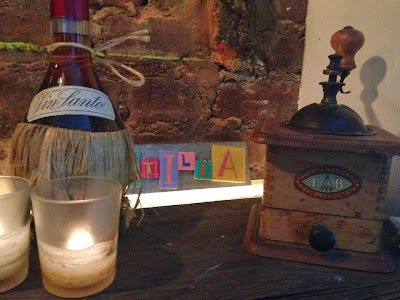 Email ThisBlogThis!Share to TwitterShare to FacebookShare to Pinterest
Labels: I Coppi 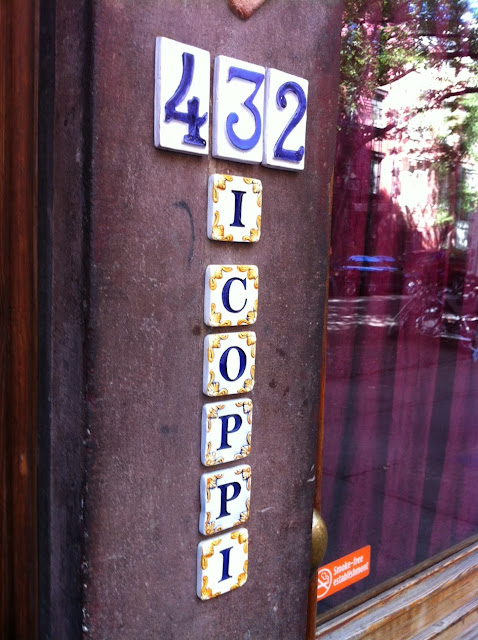 I Coppi closed on East Ninth Street last month... However, EVG contributor Shawn Chittle has learned that the I Coppi team will be opening a new venture on Avenue A near East 12th Street ... in the space that previously belonged to the Vampire Freaks store...

There is now paper over the storefront on Avenue A ... and the for lease sign is gone. Workers have started transforming the space... 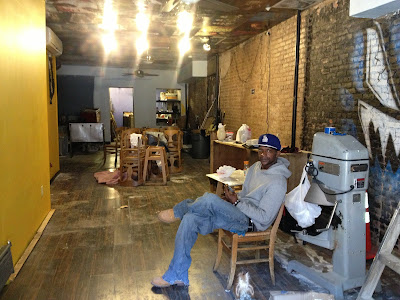 Per Shawn about the new space:

"Beer/wine only. Tuscan food. Restaurant won't be called I Coppi as of this writing. No opening date set." And we're not sure if all the former principals will be part of the new venture...
Posted by Grieve at 6:12 AM 3 comments:

Email ThisBlogThis!Share to TwitterShare to FacebookShare to Pinterest
Labels: Avenue A, I Coppi, Vampire Freaks

I Coppi is closed for now on East Ninth Street

I Coppi, the pleasant Italian eatery on East Ninth Street, is closed for now... Dave on 7th and William Klayer sent along the news this past weekend...There is a legal document on the door dated Friday... tough to make out, quite frankly... 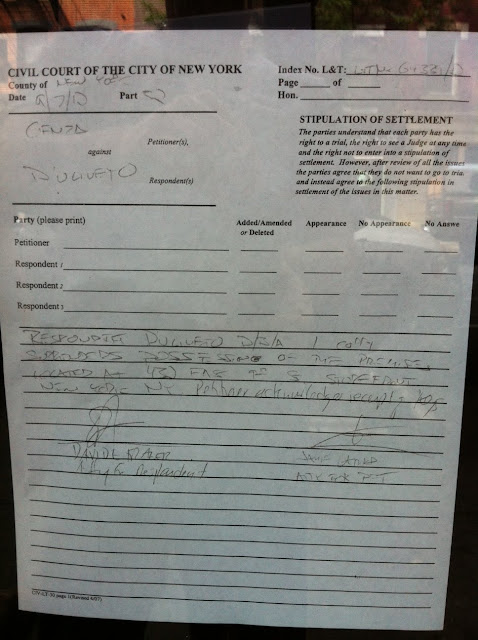 This part of the court notice looks as if the restaurant owes $37,600 in rent... 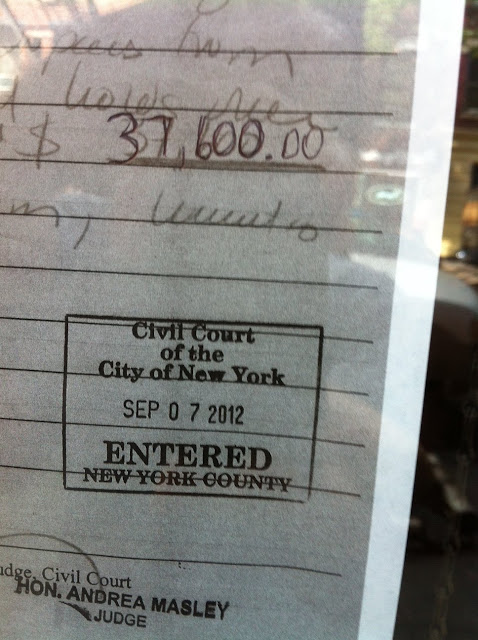 The restaurant opened in 1998 ... and we understand that they might be relocating ... A side note, Porchetta/Porsena owner Sara Jenkins was the chef here back in the early days...

Photos by William Klayer.
Posted by Grieve at 6:24 AM 9 comments: