In late October, the Landmarks Preservation Commission (LPC) announced that they would not consider a row pastel-colored residences here for landmarking. 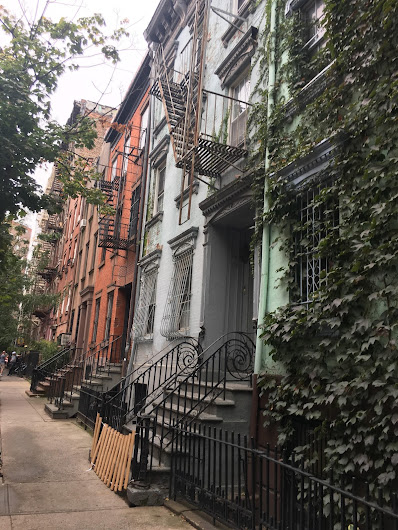 While the fate of No. 264 (above) remains in limbo at the moment, its neighbor two buildings to the east will be demolished to make way for a new development. 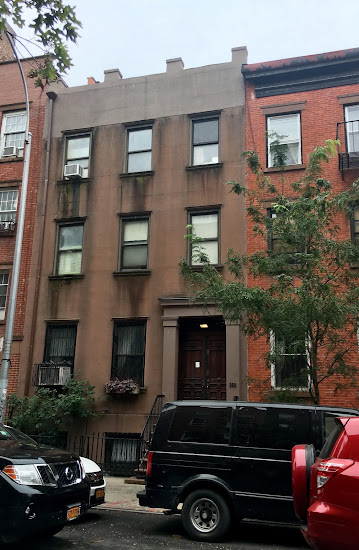 The permits (filed on Friday) awaiting approval show that the new 7-floor structure will have 8,043 square feet of residential space divided between two units.

Actor John Leguizamo owned No. 268 starting in 1995. In February 2013, the building hit the market with a $4 million ask. However, as Curbed noted at the time:

Leguizamo watchers on the block figure that the actor moved away from here about 2001 or 2002.

According to public records, No. 268 sold for $3.65 million in September 2013 to investment banker Wilco Faessen, who's listed as the developer.

There isn't any word on when the demolition/construction might start at No. 268.

Across the way, work continues at 253 E. Seventh St., where there are approved permits for a 6-story residential building ... 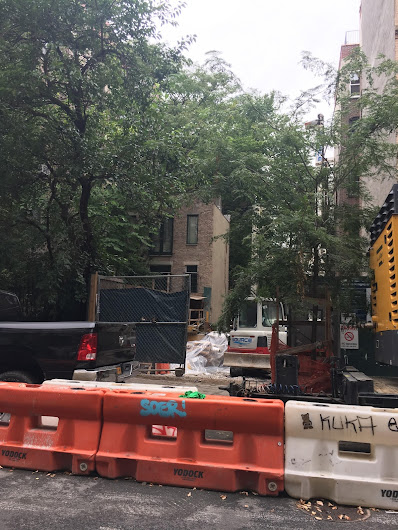 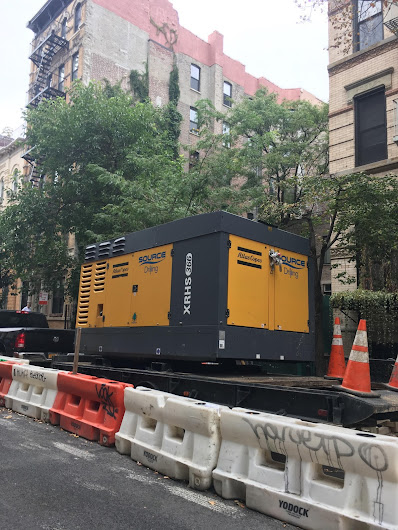 Previously on EV Grieve:
City says no to landmarking row of 7th Street homes, clearing way for demolition of No. 264

A new listing appeared Friday on Streeteasy for a home at 268 E. Seventh St. between Avenue C and Avenue D ... Price: $3.9 million.

Curbed pointed out that John Leguizamo lived here at one point ... take a look... 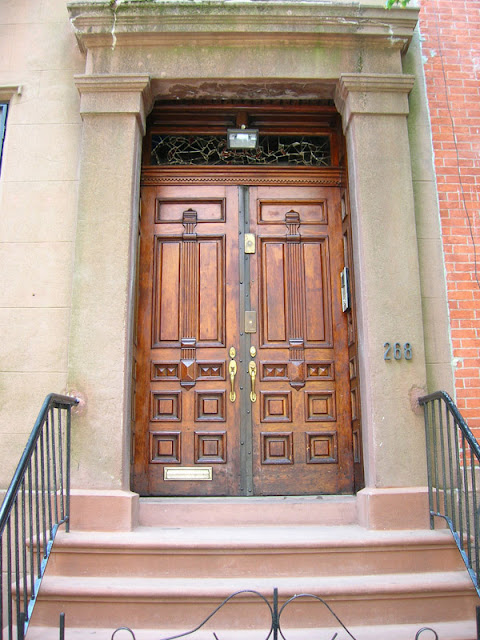 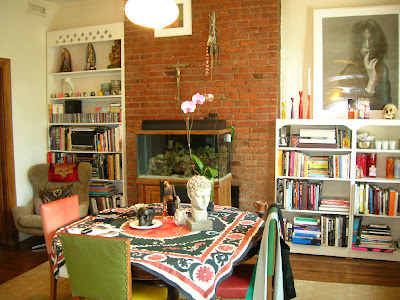 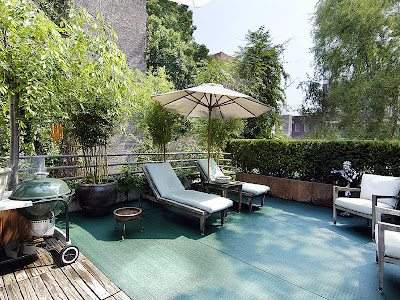 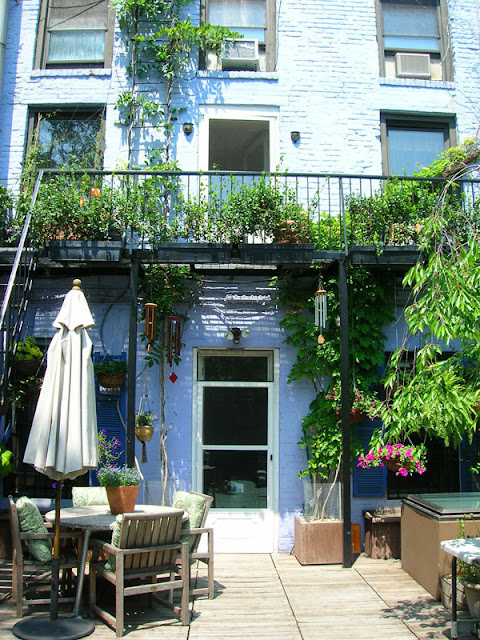 Leguizamo watchers on the block figure that the actor moved away here about 10-11 years ago... the listing notes that this was a single-family home now split up into three residences — "perfect for a single user or investor."

The Sotheby's listing also notes that the "townhouse sits on 'Artists Row' in the vibrant East Village Community." 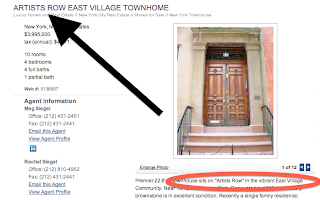 Artists Row? (Sure, Kiki Smith lives on this block, but...)

We couldn't find anyone whoever heard of this block being called Artists Row.

"That's the first I've ever heard of this term as well," said Andrew Berman, executive director of the Greenwich Village Society for Historic Preservation. "Certainly I've known of people in the arts who have lived in houses in this row over the years, but the term may be a relatively new broker creation."
Posted by Grieve at 6:00 AM 3 comments: