Lois will yield to Accidental Bar on Avenue C 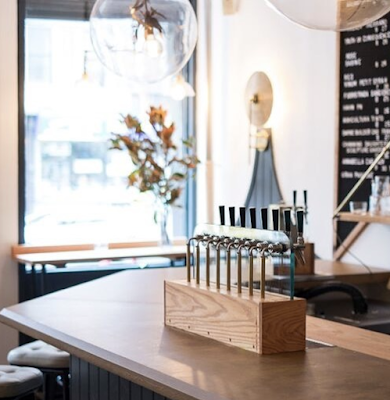 Lois, the wine bar at 98 Avenue C between Sixth Street and Seventh Street, closed last fall with plans to return this spring.
During the break, though, owners Nora O'Malley and Phoebe Connell decided to pursue other opportunities.
"It is not, however, the typical COVID closure story," O'Malley told me via email. "The good news is that our dear friend Austin Power — yes, for real — will be taking over the space."
With an official June 1 opening date, Power will debut Accidental Bar, dedicated to sake.
Per a media release on the new space:

Similar to Lois, Accidental Bar will offer a revolving beverage list of sake, along with a curated selection of wines and beers on tap.  Power will offer limited release seasonal sake sourced directly from Japan along with exclusive experimental sake brewed by the renowned Brooklyn Kura, some of which will be on tap. Power will also offer a seasonal menu of small plates inspired by his home and his husband's home — South Carolina and Kyoto, respectively — to complement the experience.

Ali Sahin, the owner of C&B on Seventh Street, introduced Power to the Lois owners several years ago.
"[A]nd so began my love of visiting Austin, first at Sake Bar Satsko just down the block and later at Tokyo Record Bar, learning about what I liked in sake and hearing the new things he was excited about that week," Connell said.
Accidental Bar will be open six days a week: Monday and Wednesday-Saturday from 5 to 11 p.m., with a 10 p.m. close on Sundays.
Image via @accidentalbarnyc
Posted by Grieve at 5:30 AM 3 comments: 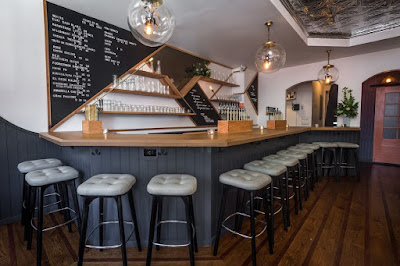 Lois, the low-key wine bar at 98 Avenue C between Sixth Street and Seventh Street, will close on Sunday... with plans to return in the spring of 2021.
Owners Nora O'Malley and Phoebe Connell discussed the decision in an Instagram post:

We've had a blast the last few months, hanging with you on our "patio." If you've dined with us this summer, you know that we've changed a few things while still trying to keep the Lois vibe alive, and, most important, all of our Lois family safe and happy.

After careful consideration, we've decided that indoor dining as it stands today does not meet our standards of safety, so we will be closing for the winter to regroup. Hopefully that will put us in a position to come back in the spring for outdoor dining.

Let's be honest, things are changing every day and no one knows how they're going to change next. We understand that @mayordiblasio and @nygovcuomo believe that year round outdoor dining + 25% indoor can save this industry, but the reality is much more complex.

We are truly a small business, and we currently do not have the financial resources to upgrade our ventilation system or build private igloos. We support every incredible operator in this city, however they choose to run their businesses — this is simply our reality.

We deeply hope that we’re able to return again in the spring, and dreaming of drinking with you again is what will get us through the winter, but the reality is that we just aren’t sure. That’s as transparent as we can be with all of you who have made the past 5.5 years a dream come true. Please come out and help us say so long, not farewell. 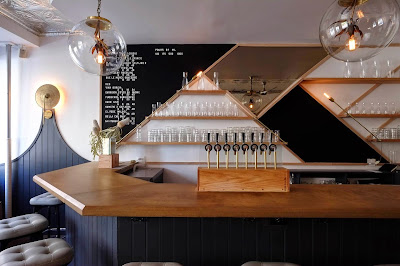 Lois made its (her?) official debut yesterday at 98 Avenue C between East Seventh Street and East Sixth Street.

The bar, which specializes in wine and beer exclusively on tap, is the creation of longtime friends Nora O’Malley and Phoebe Connell — the managers, respectively, of next-door neighbors Alphabet City Wine Co. and Alphabet City Beer. (As they point out, kegged wine costs less than its bottled counterparts. No glass bottles or labeling equal lower production costs, and lower cost for the consumer.)

You can read more about the space via Grub Street.

Lois is open seven days a week; Monday-Saturday from 4 p.m. until midnight, and Sunday from 4 p.m. to 11 p.m. Lois is also available for private classes and events.
Posted by Grieve at 4:30 AM 4 comments: