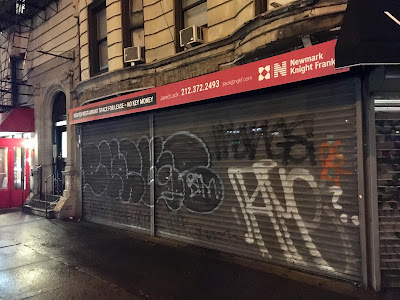 Eater had the scoop yesterday:

Owners Yen Vo and chef Jimmy Ly grew up in Vietnam eating Vietnamese barbecue, a part of the cuisine that is traditionally reserved for weddings and special celebrations ...

“We wanted to show New York that Vietnamese food is a lot more than what people are used to,” Ly says. “Vietnamese barbecue is a real thing in Vietnam, and a lot of people don’t know about it. We grew up eating it.”

The focus of the menu is on a seven-course beef tasting with dishes such as lime-juice-dressed beef salad (bo tai chanh), beef wrapped in betel leaf (bo la lot), and beef grilled with scallion (bo luoi). Other meats include whole grilled sea bass, stuffed squid, lobster, and scallops. Dipping sauces run from orange butter-garlic to anchovy sauce with pineapple, and accompanying drinks will be beer, wine, sake, fresh juice, and sake-based cocktails. 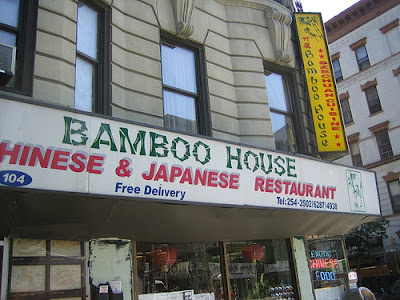 [Photo via Jeremiah Moss]
Posted by Grieve at 4:05 AM 2 comments: