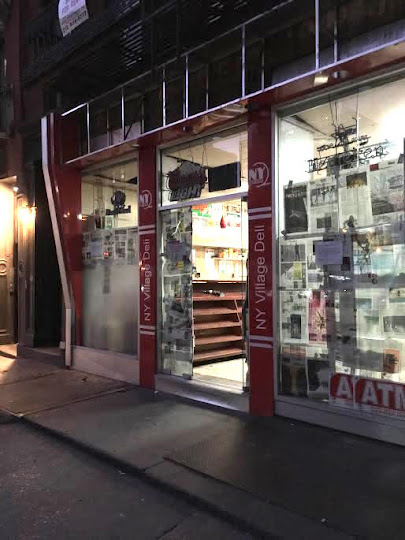 [A few weeks ago]

As we noted a few weeks ago, the NY Village Deli closed its doors at 39 First Ave. after 25 years...ahead of a move a few storefronts to the north. (According to a store regular, the landlord of NY Village Deli raised the rent to an amount higher than the store owners could pay and stay in business.)

The new location recently opened at No. 45... 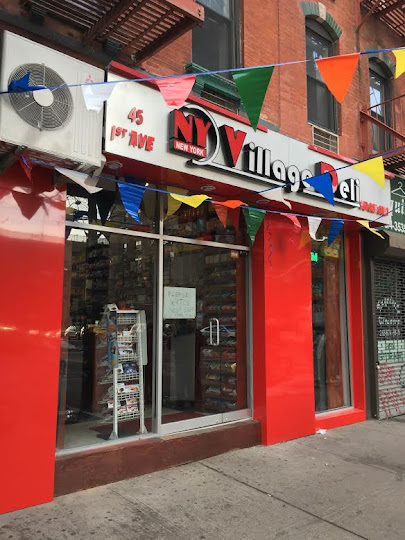 Meanwhile, the former NY Village Deli space is on the market. According to the listing, the asking rent is $18,000 a month. Posted by Grieve at 4:10 AM No comments:

NY Village Deli is on the move on 1st Avenue

An EVG reader let us know that the NY Village Deli has closed its doors at 39 First Ave. after 25 years... 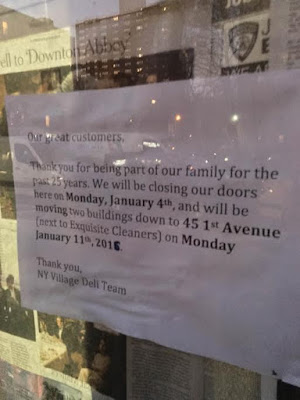 ... the deli is just relocating two storefronts away to the north... 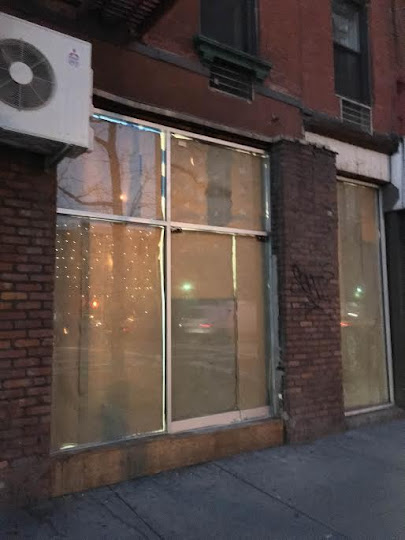 This storefront between East Second Street and East Third Street was home to Puebla Mexican Food until last March. (Puebla since found a new location in the Essex Street Market.)

Puebla's lease was up, and the new rent was too much for owner Irma Marin to manage. And according to a tipster, the landlord of NY Village Deli raised the rent to $17,000, which was more than the store owners could pay and stay in business.

The new home of NY Village Deli is expected to open on Monday.
Posted by Grieve at 4:20 AM No comments: