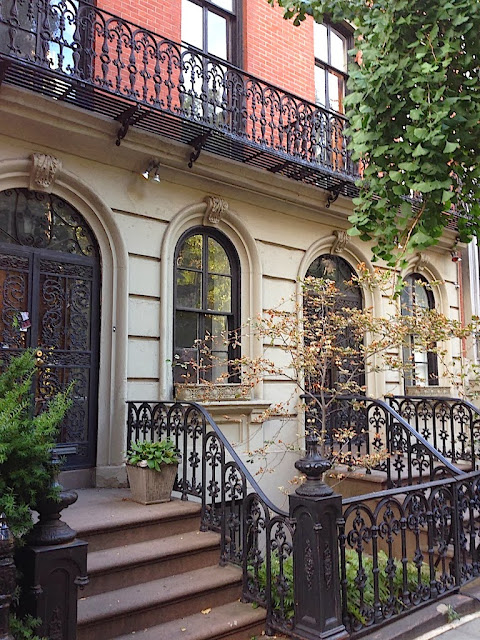 Built in 1854, 123 E. 10th St. is one of the finer houses in the neighborhood... Of late, the James Renwick-inspired home was known, perhaps dubiously, as the so-called "love nest" (per the Post, natch) for Olivier Sarkozy and girlfriend Mary-Kate Olsen.

But! As we noted back in July, the home was back on the market for just less than $7 million. Property records show that Sarkozy paid $6.25 million for the space. We have no idea if the half-brother of the former French president and Olsen ever actually lived here.

The for sale sign out front was recently removed... and Streeteasy shows that the single-family Anglo-Italianate townhouse was in contract as of early September.

No. 123 was on the market for nearly four years before Sarkozy bought it.
Posted by Grieve at 5:05 AM 1 comment: 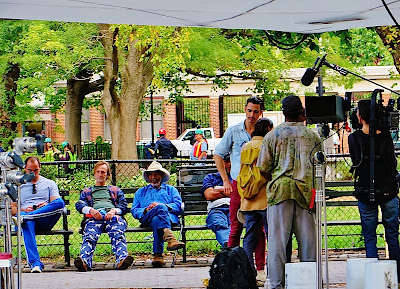 Crews for the Paul Bettany-directed "Shelter" were back in Tompkins Square today... the film stars Oscar winner Jennifer Connelly in a "love story set among the homeless living on the streets of Manhattan." 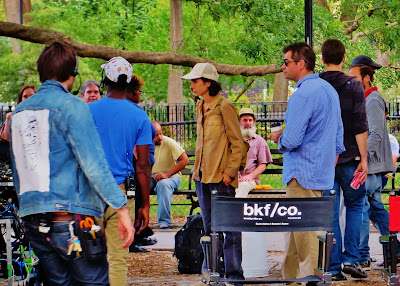 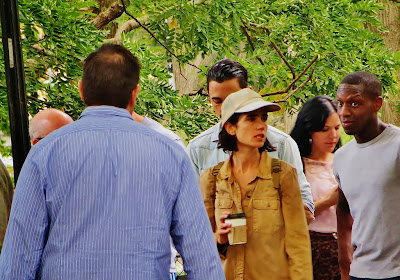 ... Bettany, her real-life husband, was also spotted minding one of the couple's children... (or, perhaps, just a random kid...) 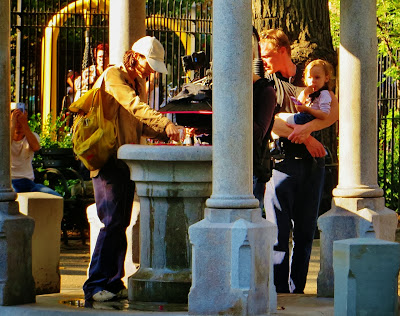 Meanwhile, crews were also trimming trees in the Park today, as Dave on 7th noted... 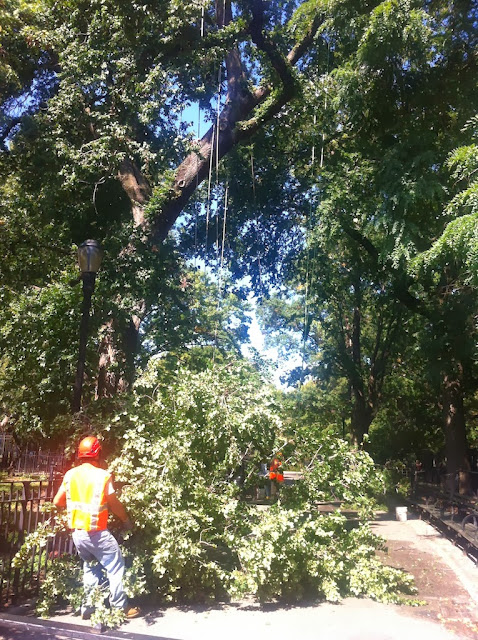 And we forgot to ask how the film crew-tree crew battle ended up...

@evgrieve Now they cleared the grass so they can cut trees. THERE IS AN EPIC BATTLE ABOUT TO HAPPEN HERE.
— Eden Brower (@edenbrower) September 30, 2013 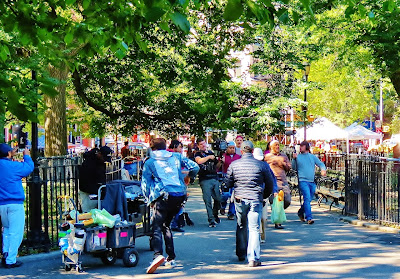 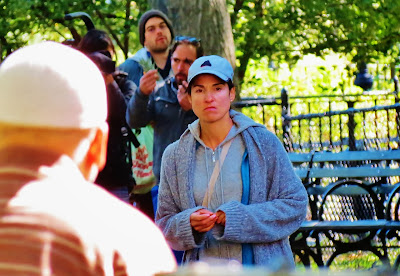 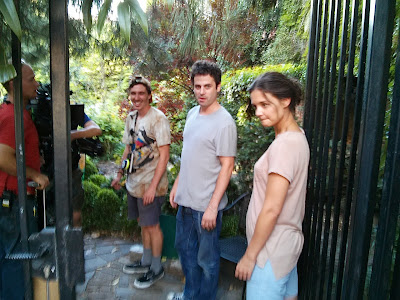 Filming for "Mania Days" continued today ... now at the 6BC Botanical Garden... where EVG reader Francis Ratna happened by... we're meeting her later for a few 24-oz Natty Light cans at Vazacs...
Posted by Grieve at 6:57 PM 2 comments: 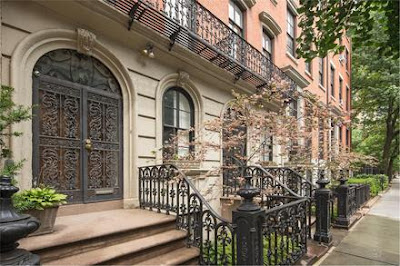 No. 123 was on the market for nearly four years before Sarkozy bought it.
Posted by Grieve at 5:40 AM 6 comments:

Welcome to the neighborhood, Mr. Sarkozy 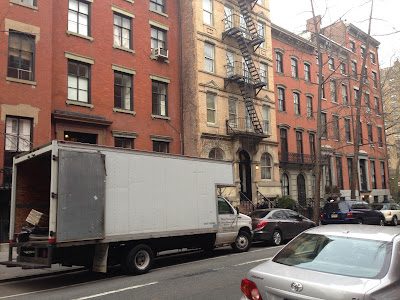 Oh, we were enjoying a leisurely walk one recent evening and we spotted Olivier Sarkozy, half-brother of the former French president and beau of Mary-Kate Olsen, standing on the sidewalk outside the lovely James Renwick-designed home at 123 E. 10th St. that he reportedly purchased last summer. 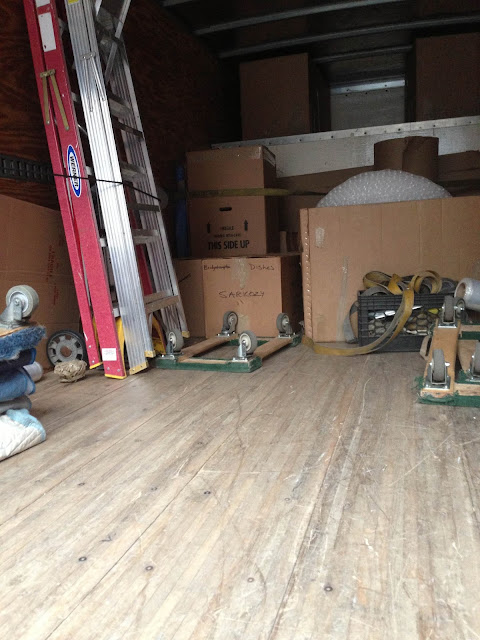 While reports said that he bought No. 123, we thought we also saw him enter the adjacent property at No. 125 (both were on the market) with the movers, who were carrying various boxes marked "Sarkozy," like the one in the back of the van marked "Bridgehampton Dishes." 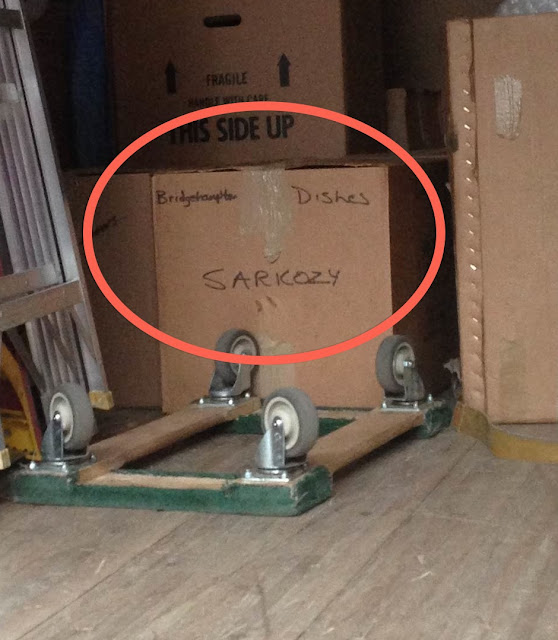