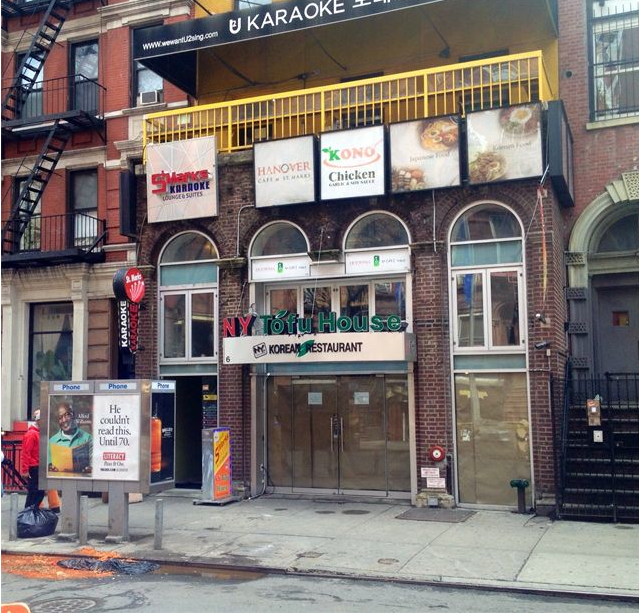 There's a new retail listing for 6 St. Mark's Place. Which means that NY Tofu House, which papered up their front windows/doors after service on Sunday, isn't actually closed for renovations.

The offering could include the Second Floor as well for a total of 7,200 SF.

New build out with vented kitchen.

Thanks to the local student, tourist, and resident populations, thousands of people walk by the space every day.

There's no mention of the rent. Tofu House opened in November 2011. In late 2010, Cafe Hanover flamed out after just five months. The asking monthly rent for the two floors then was [dun dun dun] $50,000.

Previously, before the quick succession of restaurants, No. 6 was home to Mondo Kim's ... and going back ... No. 6 was first, starting in 1913, home to the Saint Marks Russian and Turkish Baths ... which, in 1979, became the New Saint Marks Baths, the gay bathhouse (purportedly the largest one in the world) that the city eventually closed in 1985 during the AIDS epidemic.

Also, in 1914, The Modern School — "an anarchist school with Emma Goldman on the board," according to NY Songlines — had space in the building.
Posted by Grieve at 5:10 AM 7 comments:

Closed for renovations: Veselka until tomorrow; Tofu House till who knows when 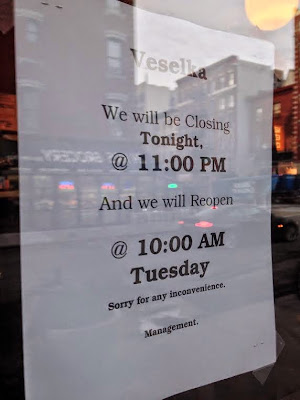 As you can see from the sign, Veselka is closed until tomorrow morning...

We wanted to give you all a heads-up that Veselka will be closed for a little maintenance from MIDNIGHT SUNDAY until TUESDAY MORNING.
— Veselka Restaurant (@veselkanyc) April 5, 2014

All the tables and chairs were moved from the dining room and workers were buffing/something the floors. 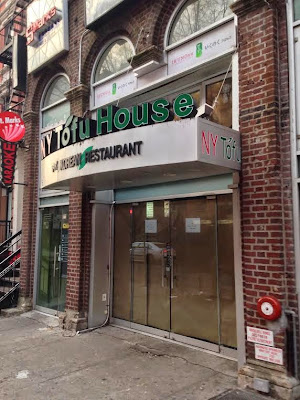 Signs point to a renovation. 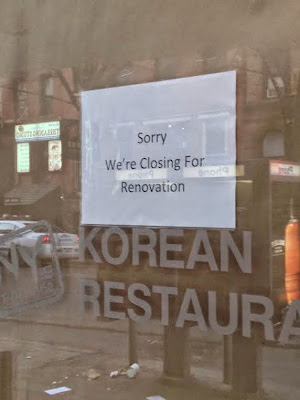 There's no other information available. Phone calls get routed to a generic Verizon voice-mail box. The Tofu House Facebook page hasn't been updated since December 2011.
Posted by Grieve at 5:12 AM 3 comments:

Back in August, we noted that something called NY Tofu House was taking the former Mondo Kim's space on St. Mark's Place... EV Grieve reader Stephen Popkin sends along photos of a grand-opening sample giveaway this afternoon... 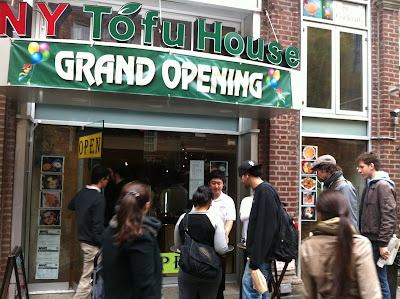 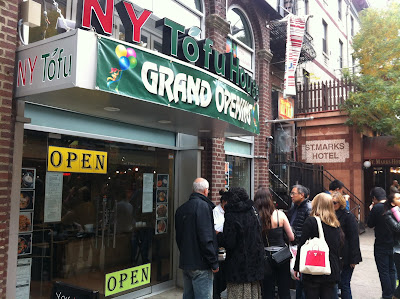 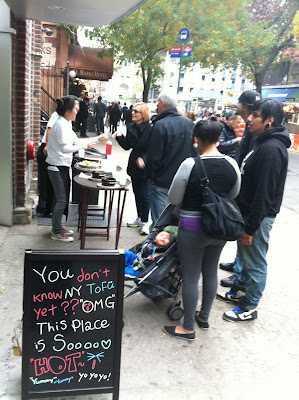 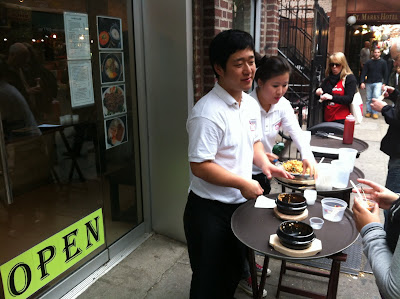 Back on Aug. 1, we pointed out that the NY Tofu House was the latest eatery to give the former Mondo Kim's space a whirl on St. Mark's Place... And the tofuers have added signage... 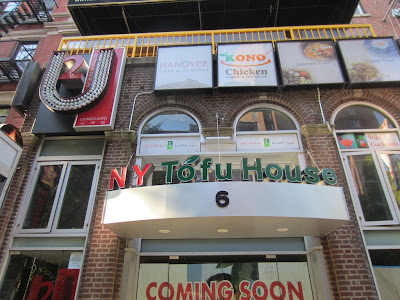 One more sign here and workers will need to reinforce the structure. 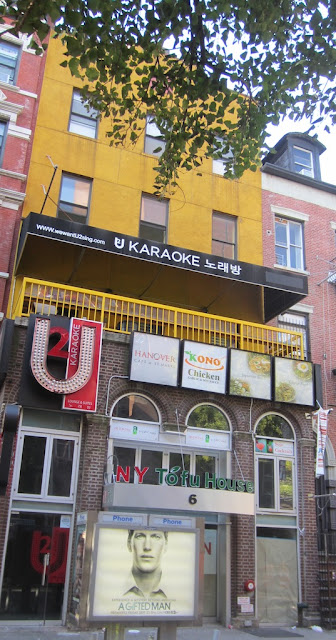 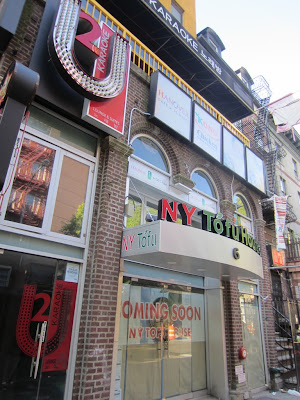 Cafe Hanover quickly flamed out at the former Mondo Kim's space on St. Mark's Place ... Now something called NYC Tofu House is ready to give the place a whirl... 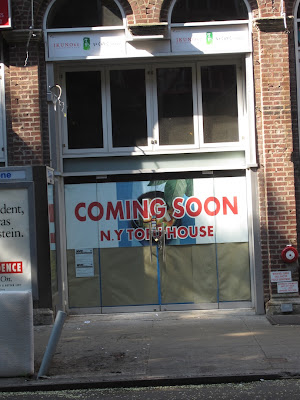 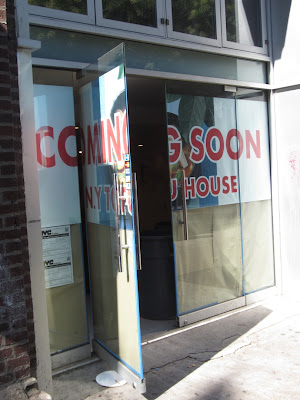