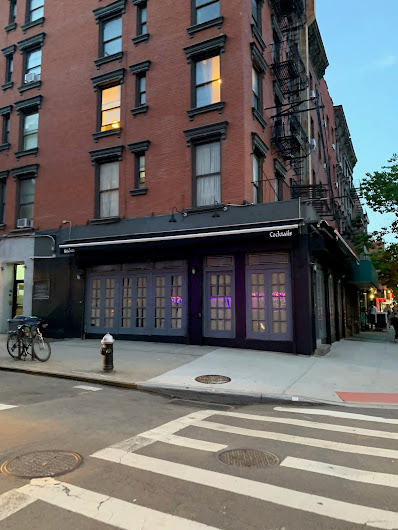 Signage arrived yesterday for the new bar-restaurant coming to the northwest corner of First Avenue at Sixth Street — say hello to The Headless Widow... 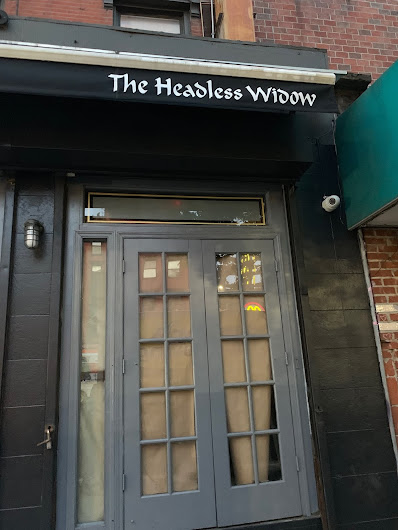 CB3 OK'd a liquor license for the applicants, who have management experience at the now-closed Michael Jordan's The Steak House N.Y.C., in March.

The sample menu on file with the questionnaire shows a variety of pub-fare offerings — burgers, salads, sandwiches and main courses like the Headless Widow Fish and Chips.

According to the CB3 minutes from March, the Headless Widow will be open from 4 p.m. to 1 a.m. Sundays through Wednesdays; until 2 a.m. Thursdays through Saturdays.

We don't know too much else about the establishment at the moment.

The corner space here was previously Umm Burger for 13 months. 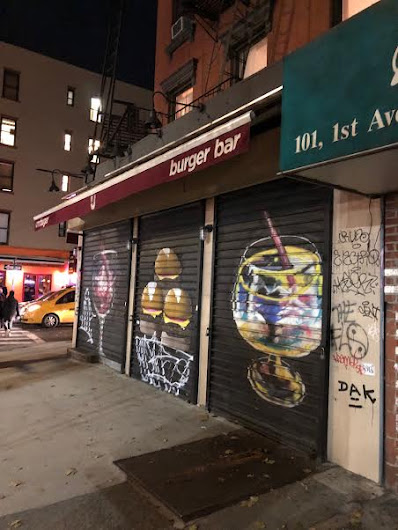 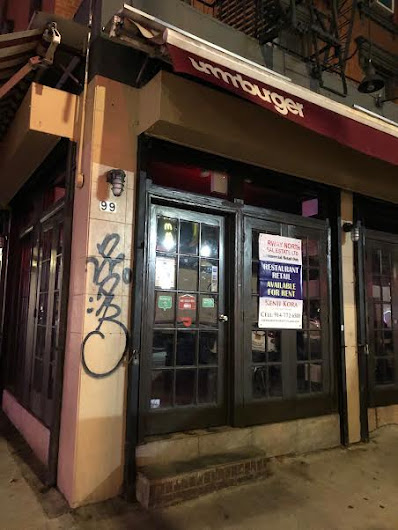 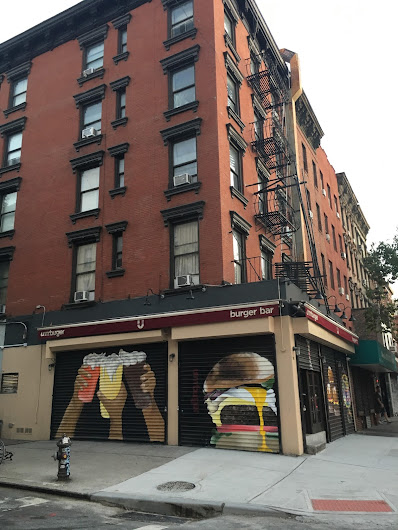 Ummburger opened this week at 99 First Avenue at Sixth Street.

As the name implies, this place sells a variety of burgers as well as salads. Here's a look at their menu from the Ummburger website... 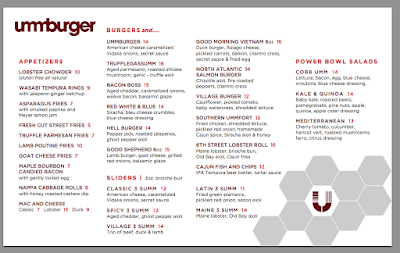 The drinks menu includes what they are calling "Ummazing Chalices," 38-ounce fish bowl cocktails on dry ice, including the Mari Juana, which pairs apple, pineapple, kiwi liquid smoke and vodka. ($25).

The previous tenant at this address, Mancora, moved across Sixth Street this past summer. 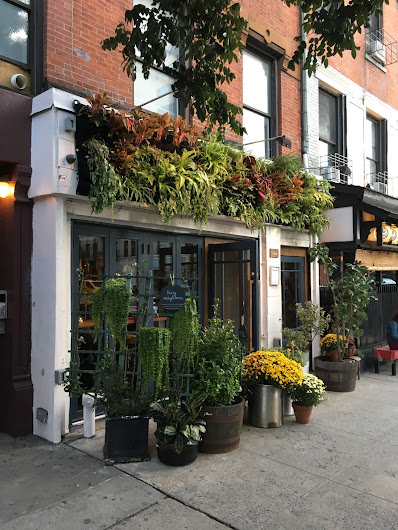 The Fern is now open at 166 First Ave. near 10th Street. The bar-restuarant is from the same folks who run the Belfry on 14th Street between Second Avenue and Third Avenue. Don't know anything else about the place at the moment. The Fern only has a placeholder website at this moment.

This address was previously, in fairly quick succession, North River and The Nite Owl, which closed in September 2015.

And Kokus, billed as NYC's "first plant-based soft serve with organic cultured coconut cream and lightly sweetened with raw honey," is serving its wares through Sunday at the Bowery Market, 348 Bowery at Great Jones. (They started on Wednesday.) 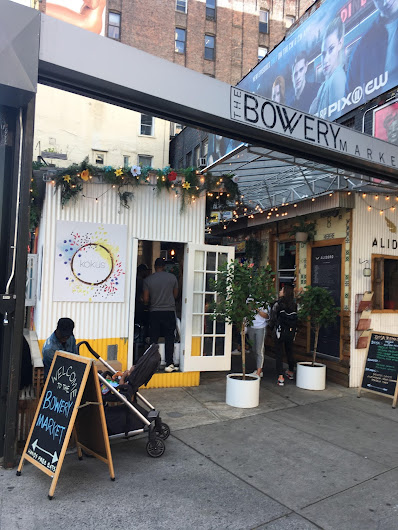 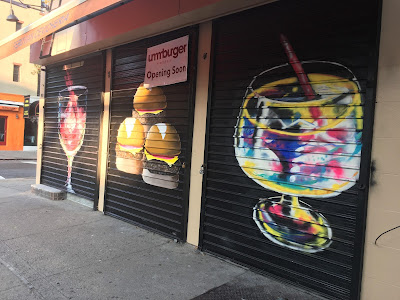 The coming soon signage arrived over the weekend for Ummburger, a self-described burger bar here at 99 First Avenue and Sixth Street.

Work on the murals began over the Labor Day Weekend...and appear to be finished now... 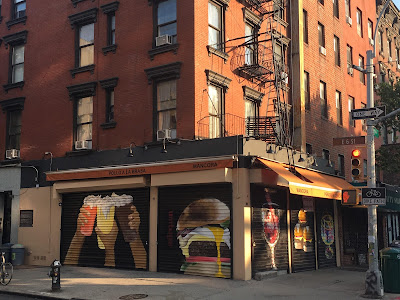 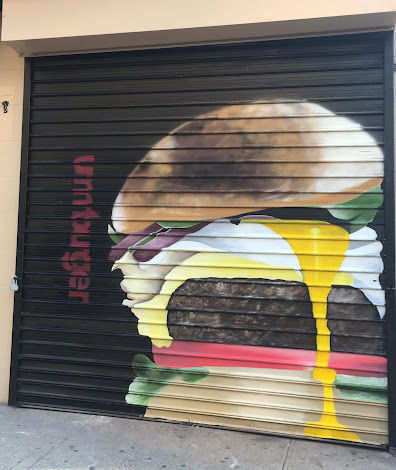 In materials submitted to CB3 this past spring, the applicants described Ummburger as a "fast casual" concept serving a variety of burgers, including a vegetarian option. There are other sandwiches too, such as a fried chicken sandwich called the Southern Ummfort.

The previous tenant at this address, Mancora, moved across Sixth Street earlier in the summer.

H/T to EVG readers Bruce and Vinny & O for noting the progress!

Previously on EV Grieve:
Ummburger vying for the Mancora space on 1st Avenue
Posted by Grieve at 4:10 AM 8 comments: