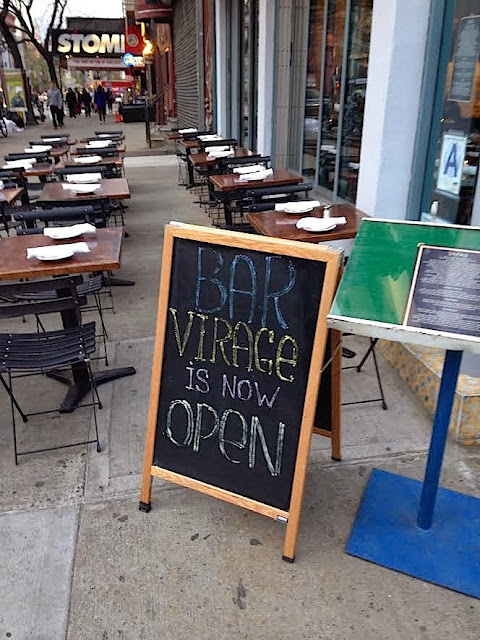 The retooled Virage reopened last night at Second Avenue and East Seventh Street. As you can see the place is now called Bar Virage… to match the name, the space now has a more bar-centric feel — the 20-plus-seat bar is now in the middle of the former dining room … 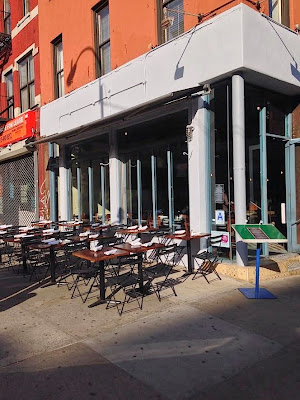 And there are changes on Virage's menu as well. While several of the restaurant's Middle-Eastern options (hummus, chicken kebab, etc.) remain, there are expanded offerings … such as lamb sliders with goat cheese, arugula and tomato served alongside fries ($14) and Medi tacos with homemade laffa bread and featuring chicken shawarma, shrimp or skirt steak ($12). The new menus are not online just yet.

The 14-year-old Virage closed for renovations on March 24, as we first reported.
Posted by Grieve at 5:00 AM 15 comments: 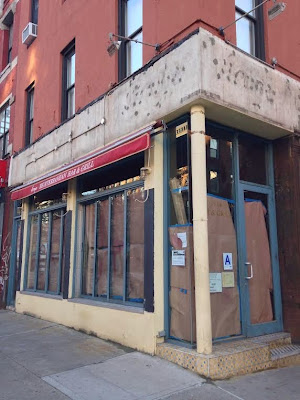 Virage closed for renovations on March 24... the signs on the 14-year-old restaurant at Second Avenue and East Seventh Street indicated an April 15 reopening date.

However, the Mediterranean-influenced bistro remains closed... there appears to be plenty of work remaining to be done on the exterior ... 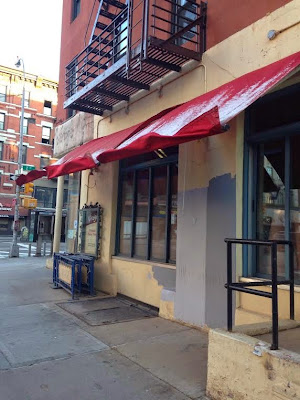 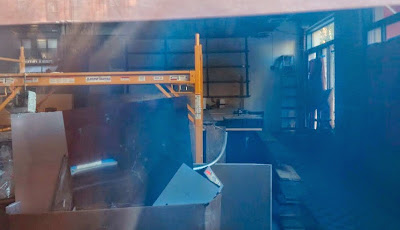 Workers removed the signs indicating the April 15 reopening. The restaurant's website and Facebook page do not have any mention of the temporary closure.
Posted by Grieve at 8:38 AM 5 comments:

Email ThisBlogThis!Share to TwitterShare to FacebookShare to Pinterest
Labels: closed for renovations, Virage

Virage closed until April 15 for renovations 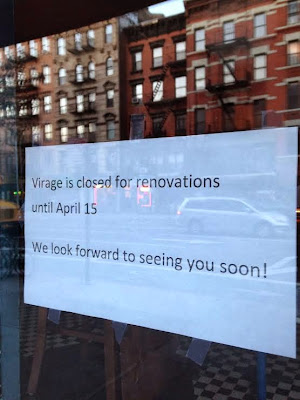 As we pointed out on Friday, Virage would be closing today for some kind of unspecified makeover on Second Avenue at East Seventh Street.

Signs on the 14-year-old restaurant this morning don't offer up much details ... other than they will reopen on April 15. (No mentions of the renovations just yet on Virage's website or Facebook page.)

The brunch/lunch/dinner spot was closed for renovations for several days back in December 2010. 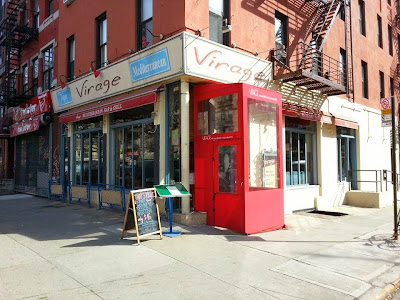 That's the word from an EVG reader about the 14-year-old restaurant on Second Avenue at East Seventh Street.

They're are apparently closing for a makeover that will last up to a month. No word what, if any, changes may be in the works for their varied French/Italian/Middle Eastern menu.

The brunch/lunch/dinner spot was closed for renovations for several days back in December 2010.

Virage on Second Avenue at Seventh Street closed this week for renovations... and, per their sign, they were expected to reopen last night... and they were open... 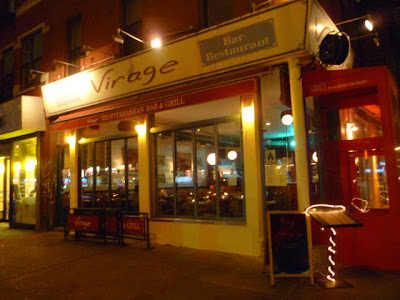 Posted by Grieve at 1:16 PM No comments:

Virage closed for renovations this week 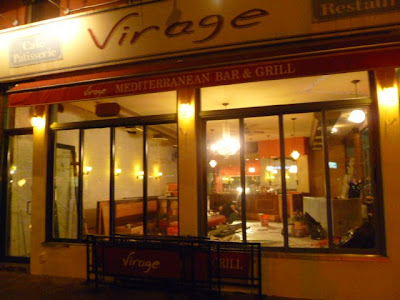 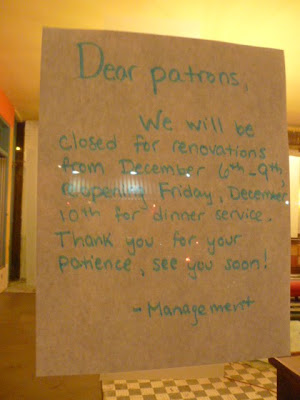