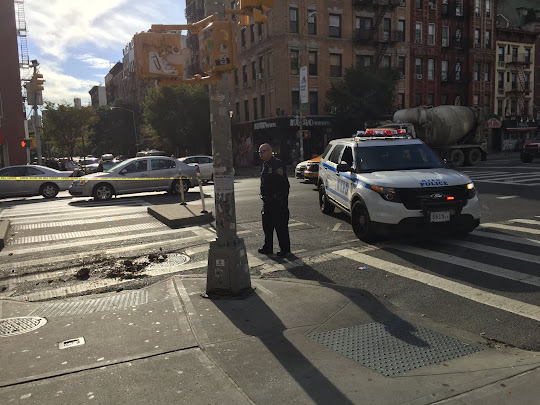 Reports are coming in this morning about what are believed to be a pile of human bones found in the bike lane on the northwest corner of First Avenue and 13th Street.

East Village resident Nate Brown shared these photos from the scene, where the NYPD has now cordoned off the area... 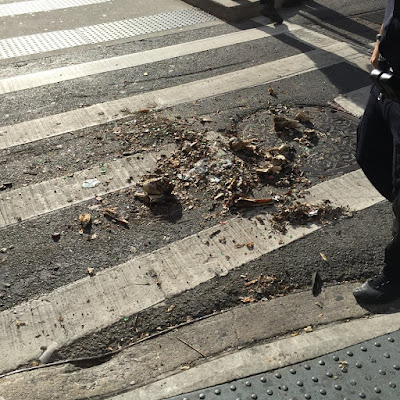 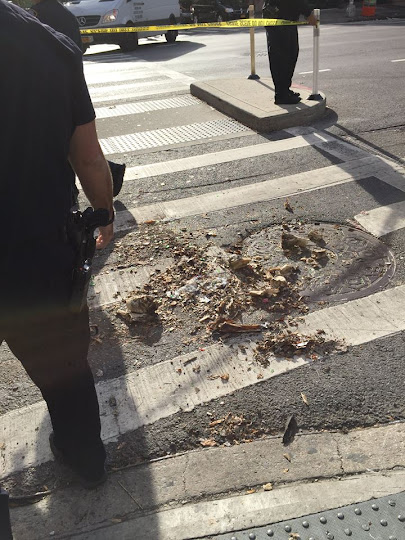 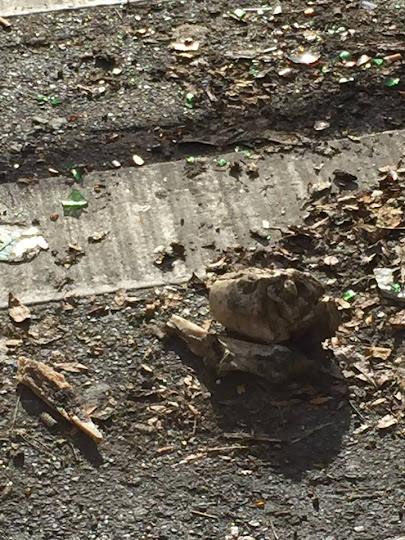 We don't have any other information at the moment. To be continued...

Photographer Scott Lynch at Gothamist has more photos... Scott doesn't think they are human bones "BUT WHO KNOWS? They looked gnarly as fuck, especially those spinal-column ones."

An update via Gawker…

"The cops were there for an hour-and-a-half, two hours," a group of men working beside a Rose Demolition and Carting truck said. "They took the bones away in a black bag."

And per an officer at the 9th Precinct:

"They were animal bones and they were removed." She could offer no insight as to where the bones came from or why they were deposited on a street corner.

OK, or any sidewalk.

On Monday, we posted a photo by EV Grieve reader William Klayer showing a very large bone on the sidewalk... Well, we didn't quite get just how large this bone was... here's another angle of the bone that EV Grieve reader Mark spotted on First Avenue and Ninth Street... 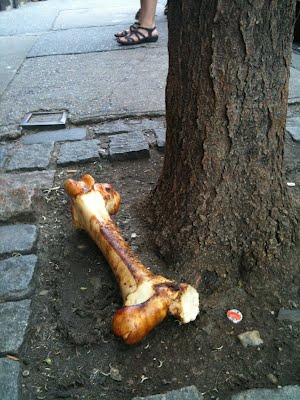 Any theories? Conspiracies? Explanations?
Posted by Grieve at 6:30 AM 8 comments:

Today in photos of large bones found on the sidewalk 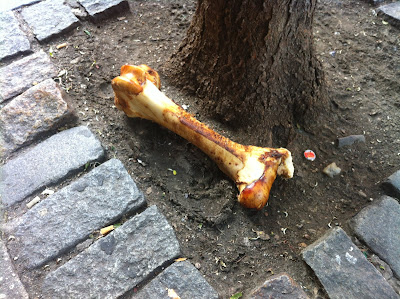 Photo by WIlliam Klayer.
Posted by Grieve at 6:37 PM 4 comments: