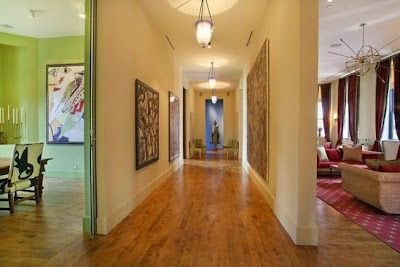 We've seen #3C at 38 E. First St. on the rental market on and off through the years. The asking price had been $35,000 monthly back in July, which we believe made it the most expensive rental in the East Village.

Now, the whole unit between First Avenue and Second Avenue can be yours for $9.995 million.

Here's a refresher on the place via Corcoran:

Generously-sized walk-in closets and a spa-like marble bath compliment a gracious master bedroom. The second and third bedrooms are equally well proportioned, each with en-suite baths. The thoughtful renovation includes such modern conveniences as central air-conditioning, a kick ass central sound system, and of course, the ever important W/D, and also enjoys a uniquely low maintenance. Your search for a truly magnificent loft located within epicenter of the art world is over. 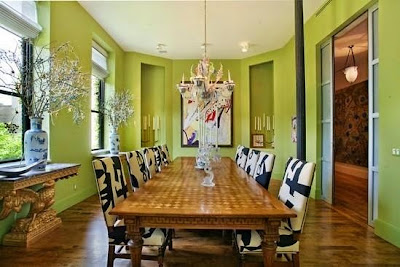 There's an open house this afternoon. Bring your own music to test out how kick ass that central sound system is.
Posted by Grieve at 5:00 AM 7 comments:

Report: 43.1 percent of East Village sellers have cut their asking prices (for real estate, not drugs)

The Daily News reports today on StreetEasy's latest assessment of the Manhattan real-estate market...(Curbed had this yesterday.) The Daily News break it down:

Manhattan neighborhoods with the most price cuts
These neighborhoods have seen the highest percentage of sellers cutting prices from quarter three to quarter four 2008:

THE Manhattan co-op market has just set a sales record, according to brokers briefed on the sale.
Jonathan Tisch, the chairman and chief executive of Loews Hotels, closed this month on the purchase of a sprawling 14-room co-op facing Central Park, for $48 million, the brokers said. The apartment is on the 11th floor at 2 East 67th Street, one of the monuments to luxury living designed by Rosario Candela in the 1920s.

Wow. Just $8 million more than what the Yankees gave Carl Pavano.
Posted by Grieve at 11:06 AM No comments: 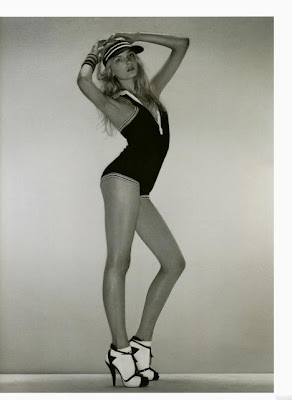 Catching up on this week's New York Observer today. According to a real estate piece by Max Abelson, 21-year-old model Lily Donaldson bought a co-op on Avenue B along Tompkins Square Park for $2.2 million.

Very blond, well-boned, expensively jeaned buyers have been pouring into East Village apartments for so long that it’s hard to find new excuses to complain about the area’s über-gentrification. But then again, it’s hard to remember when someone as upsettingly young as Lily Donaldson, the 21-year-old Vogue cover girl, spent anything like $2.2 million on a neighborhood apartment, especially one that happens to be as far east as Avenue B.

Her new two-bedroom place on Tompkins Square Park around East Eighth Street could be the most expensive co-op ever sold on the block, according to listing broker Danny Davis.

She has Brazilian cherry wood floors (“that glow with the setting sun,” according to his listing), two bathrooms with original pedestal sinks and cast iron tubs, a 40-foot-long living room with six windows facing three directions, and, of course, a dressing room off one of the two bedrooms.

On the downside, the building is massively nondescript and un-frilled, plus the apartment needs work. “I’d put money into it,” Mr. Davis said, “I’d bet she will, too.”

If you know the neighborhood, then you know the building. I won't be all creepy/stalky (creepier and stalkier?) about it and name it. Anyway. If she's paying $2.2 million for something that needs work and doesn't have a lot of amenities...uh, what will someone be paying for something new and pristine...? Plus, this just blows the co-op curve off the chart.

Back to the article:

Meanwhile, sort of not really related:

Have you seen the window display in that newish women's boutique on 9th Street between First and Second Avenue?