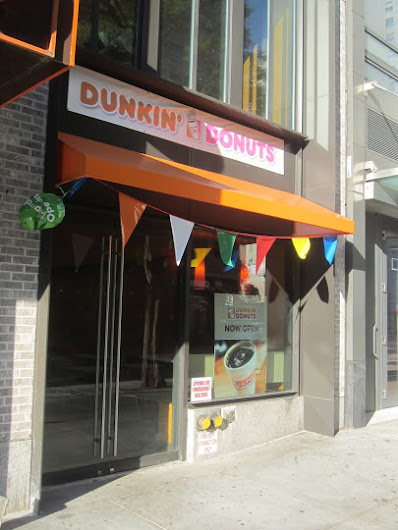 Some excerpts from Crain's:

New York City is quickly becoming the capital of fast-food nation. More chains are moving in to replace diners and other independent restaurants forced out by relentlessly rising rents. Although many chains have broadened their menus and are experimenting with fast-casual dining, the bread and butter for most remains fried meat and a hefty soft drink.

"Fast-food chains used to draw a skull and crossbones around New York when they were looking for places to expand," said Gary Occhiogrosso, who runs consulting firm Franchise Growth Solutions. "Now they all want to be here."

A record 4.4 million New Yorkers are employed, and many want something fast and cheap for lunch. Tourism has doubled in the past 20 years, to more than 60 million, and many visitors look for familiar fare to munch on. And while there appears to be a glut of fast-food restaurants across the country — which experts see as a growing threat to the industry as a whole — New York is still relatively underrepresented. According to the Department of Labor, only 2% of the city's private-sector employees work in limited-service restaurants, compared with 4% nationally.