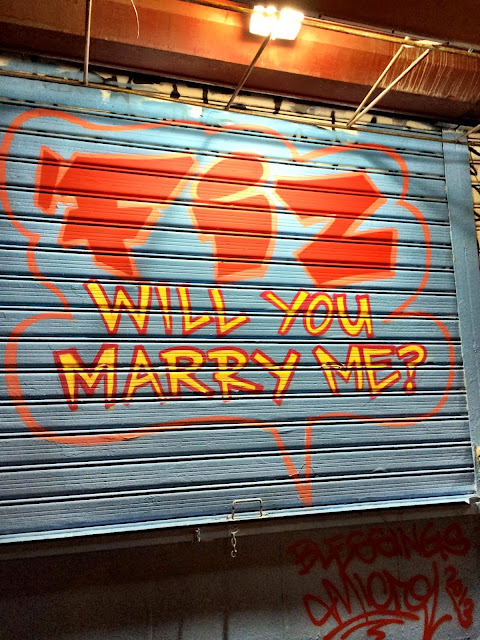 A reader spotted this on Avenue C and East 12th Street…

Previously on EV Grieve:
A marriage proposal by mural on Second Street (and she said yes)

Going to the mural and we're gonna get married 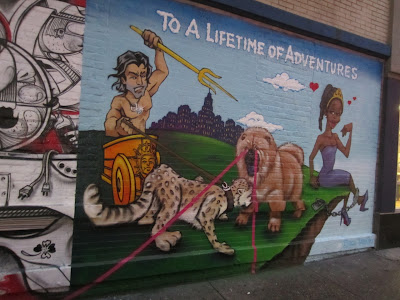 The Lo-Down reported on a controversy surrounding the newest mural by Tats Cru on Second Street at Avenue A. Turns out a longtime neighborhood activist is demanding that the property owners remove the mural that she finds "racially offensive." She contacted CB3 and other local organizations for help. CB3 District Manager Susan Stetzer forwarded the complaint to the New York City Commission on Human Rights, the Lo-Down noted.

Turns out that this is a marriage proposal mural (like the one that was in this space before...). The groom-to-be (Marisha said yes!) wrote in to the Lo-Down with an explanation. "[I]t is a shame that something bred of love is getting sprinkled with negativity because one individual misconstrued it – a piece of art, no less. Regardless, I just want to make it clear that I was the sole creative director of this mural and Tats Cru only executed my design as requested." 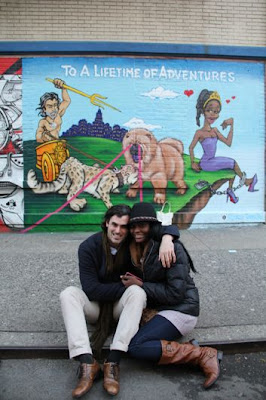 [Photo of the happy couple via the Lo-Down]

Previously on EV Grieve:
Going to the mural and we're gonna get married

A marriage proposal by mural on Second Street (and she said yes)
Posted by Grieve at 6:30 AM 11 comments: