Is the standard-of-living bubble ready to burst? 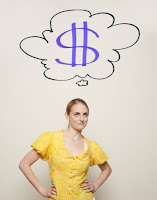 Over at Fortune, Geoff Colvin, senior editor at large, weighs in with the next big financial crisis: "We made it through the bursting of the Internet bubble and now the bursting of the real estate bubble. Next we may be approaching the end of the most worrisome bubble of all: the standard-of-living bubble."

"Since credit card debt has been growing much faster than the economy -- more than 8% in last year's third and fourth quarters and over 7% in May (the most recent month reported) -- people are apparently using it as a substitute for income. Thus, for the past year or so we have still maintained the standard-of-living illusion."

"Sustainable increases in living standards have to be earned, not borrowed, and that means performing ever higher value work that can't be outsourced. We haven't been meeting that challenge very well; doing so will probably require much more and better education for millions of Americans, which takes time and money. The result may feel like deprivation, but I don't see it that way. Who knows -- we might even find that living within our means and saving a little money actually isn't so bad."
Posted by Grieve at 2:39 PM 5 comments: