All this constructions means, of course, construction trucks and equipment. A lot of it. A lot of these trucks are flying around. Everyone's in a hurry. Often, there are flag wavers keeping an eye out for pedestrians. 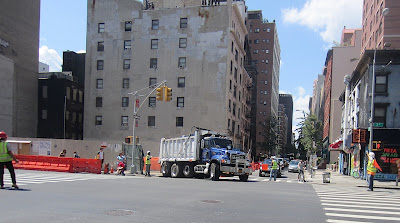 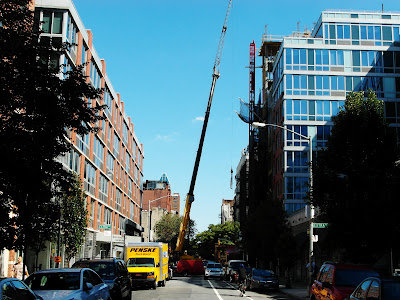 But often there aren't. 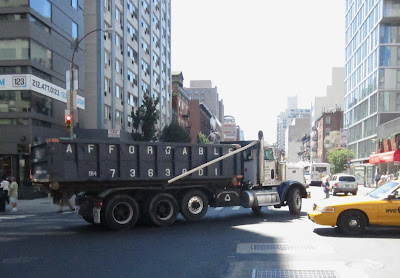 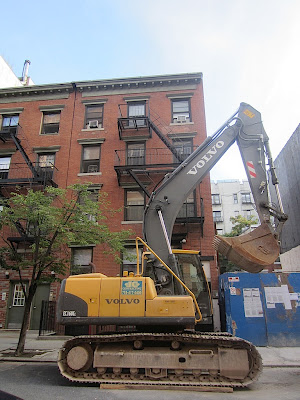 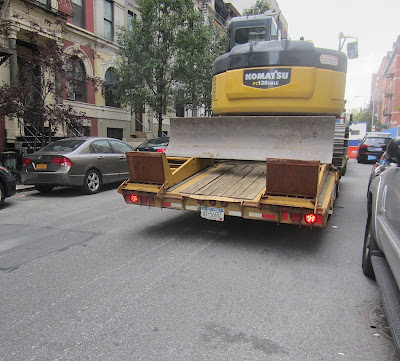 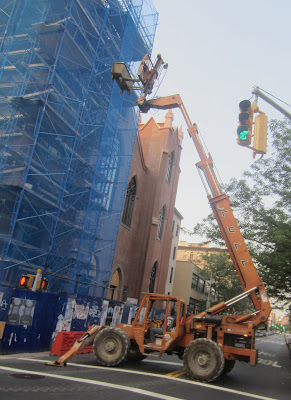 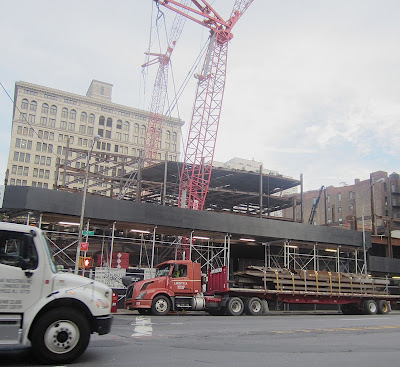 So be careful. (Don't worry — this isn't an anti-texting-while-wearing-Bose-headphones or talking-on-a-smartphone-while-walking screed.)

I watched this truck maneuvering to drop off a fresh dumpster at the former Cabrini site on Avenue B at East Fifth Street the other morning. The driver didn't have any lookouts as he was throwing it into reverse and moving quickly on Avenue B... I slowed down when he made a sudden stop and put it into reserve to back up East Fifth Street... 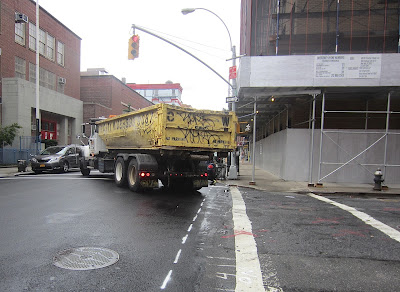 Then he stopped on East Fifth Street, as if he changed his mind, and zipped out going the wrong way — without stopping — and racing to the south... 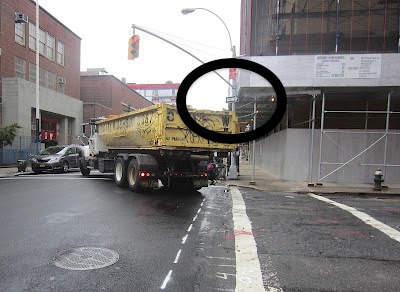 A woman toting two small kids and pushing a stroller had crossed the Avenue a few moments before... and there was the oblivious guy on his phone talking about last night a little ways away.

As you may have read, Soho fixture Jessica Blue was crushed to death Monday morning after she was caught by the rear wheels of a flatbed semi turning right from Houston onto Sixth Avenue. The NYPD cited the driver for failure to yield and failure to exercise due care, according to Streetsblog.

Streetsblog noted that the truck cab was missing "the required front-mounted crossover mirrors, which give truck drivers a view of what’s directly in front of them."

A reader notes that this tractor-trailer has crapped out while making a turn off Third Avenue/Cooper Square onto St. Mark's Place... 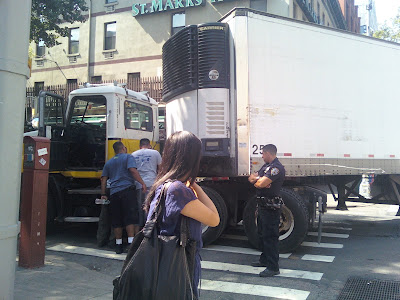 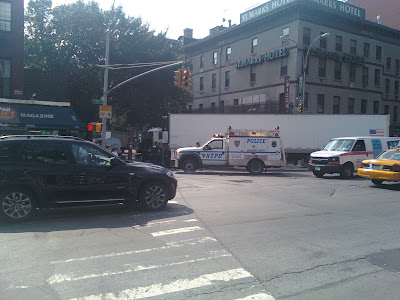 The reader says the M8 buses are currently being diverted.
Posted by Grieve at 10:22 AM 1 comment:

Posts that I never got around to posting: This truck on 12th Street 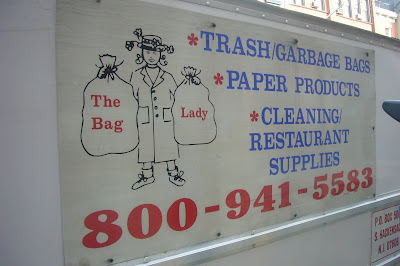 Posted by Grieve at 6:26 AM No comments: 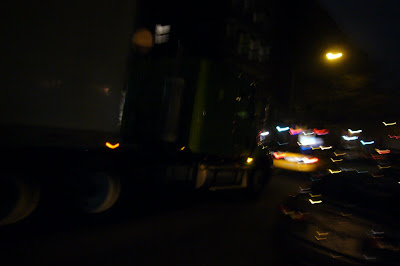 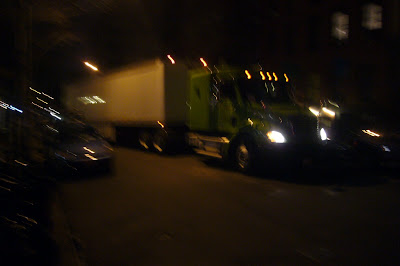 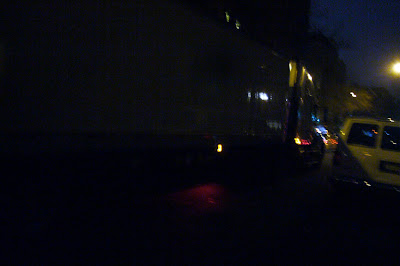 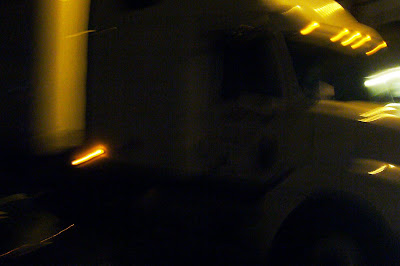 Some of us got to stalk Max Fischer ... or watch the trucks rumble along East Seventh Street after filming for HBO's "Bored 2 Death" wrapped last evening at the Odessa.
Posted by Grieve at 11:59 AM No comments: