A few more details on the East Houston condoplosion 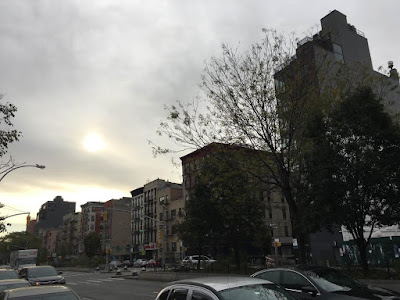 The New York Times yesterday checked in with a piece on the luxury boom along the East Houston Horridor Corridor...

East Houston was once dotted with gas stations, parking areas and weedy lots.

And now? Let's ask developer Ben Shaoul, who's putting in the Katz's-adajecent condos at 196 Orchard St.

The article offers more details on the million-dollar condos coming to 287 E. Houston St. between Clinton and Suffolk. 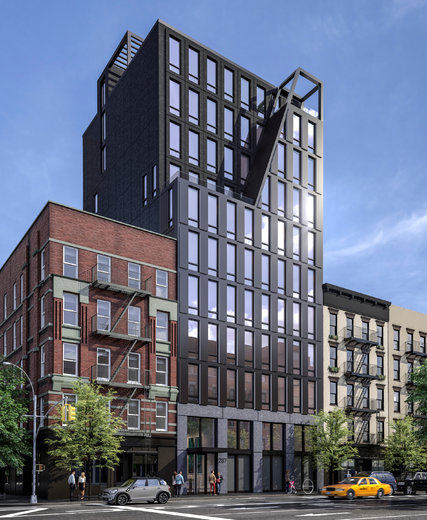 Likewise, the master baths will have marble slabs or tiles on every surface but the ceiling. Originally, [Vinci rep Jose Antonio] Grabowsky said, the stone was to be deployed much less extensively.

Other features of the apartments include floor-to-ceiling windows, in a building that will stand above most of the surrounding blocks, courtesy of a 2008 rezoning that allowed taller structures on major streets and avenues.

An abandoned car in an empty lot that will soon yield a 13-floor residential building
Posted by Grieve at 4:10 AM

“But it’s still a very cool, very hip spot.” says the man doing his best to make it the opposite.

The area was long due for an overhaul. Unfortunately, it ruins the unique quality of the LES and the EV. It will now be just like any other gentrified, rebuilt, upscale neighborhood with no history. Not to mention it is stretching the infrastructure of the neighborhood beyond its capacity. It will become an overcrowded, under-funded vanilla pot instead of the melting pot it was known to be.

I have no problem with the main avenues being redeveloped. They will eventually turn into grand boulevards. And the city is doing it's part by rebuilding Houston with with plants and trees in a center divide. Some stretches of Houston are really very good looking. So as long as the city stays away from the side streets, I'm for it.

I thought that way too once but this kind of development will spill over to the streets and they will encourage the city to change zoning rules so larger, taller building will occupy residential blocks. The amount of money interest in the LES/EV has no limits and we will soon become an annex to the UES. Don't forget the 2nd Ave subway which will encourage the over development of that avenue into something out of context with our neighborhood. Blandness is the new norm or NYC.

I understand your concern. But development is not going to be stopped. We have to try and do it in a smart way. But we need our elected officials to fight the side street development. Outside of that we have no hope. If we had open primaries it would help. There would be more debate and less one party control to push a specific agenda.