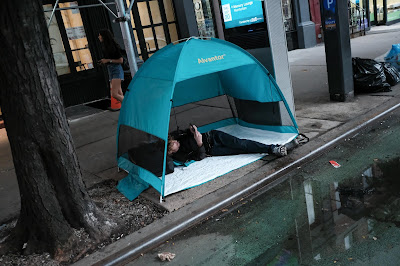 For $155 a month, L train passengers can take an ultra-lux alternative that offers free WiFi and a breakfast bar (VICE)

Praise for Mayanoki on Sixth Street (The New Yorker)

Tamara Jenkins's first film in a decade stars Kathryn Hahn and Paul Giamatti as an aging couple living in the East Village who are desperate for a child. The dramedy screens as part of the Main Slate section of the 56th New York Film Festival on Oct. 1 and 3. (Official site) And the trailer...