The devil in the details: 'Satanic Panic' at the Anthology Film Archives 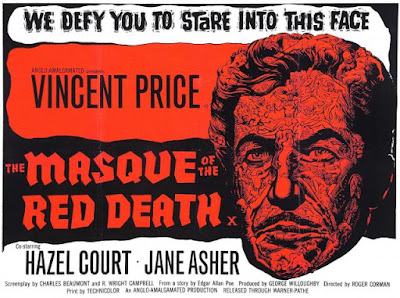 If you're looking for some more legit Halloween-related movie fare, then look no further than this upcoming series at the Anthology Film Archives.

Here's more about The Devil Probably: A Century of Satanic Panic:

With so many treating Halloween as nothing more meaningful than an excuse to party till dawn in a half-assed superhero costume, it’s safe to say the holiday has drifted far from its historical roots.

Nevertheless, by virtue of its relationship to various traditions honoring the dead – as well as to ancient festivals marking the onset of the “darker half” of the year, a transitional moment when the boundaries between the worlds of the living and the dead were thought to become porous – Halloween also conjures up images of the underworld, and by association, notions of Satan, witchcraft, and other dark forces.

Films include Roger Corman's "The Masque of Red Death," Mario Bava's "Black Sunday" and George Miller's "The Witches of Eastwick." The series runs tonight through Nov. 8 at the Anthology on Second Avenue and Second Street. Find more details at this link.
Posted by Grieve at 4:00 PM

"excuse to party in a half-assed superhero costume"

a-freakin-men. All these Emilys and Chads wouldn't know occult if it came up and grabbed them by the you know whats.

What about The Tingler? A personal fav.