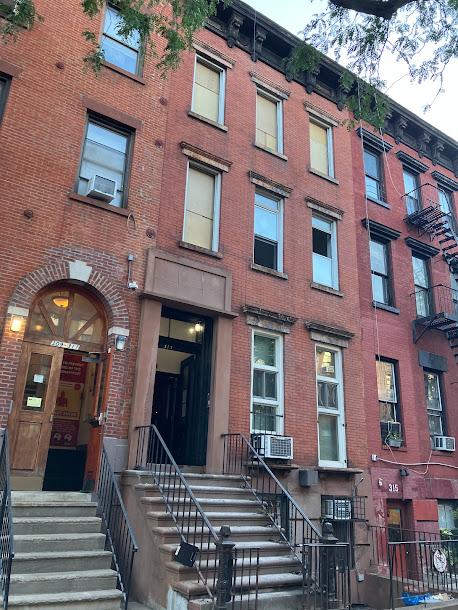 The FDNY battled a two-alarm fire overnight on the top floor of 313 E. Sixth St. between First Avenue and Second Avenue. Two people, a resident and a firefighter, reportedly (via Citizen), sustained minor injuries
The FDNY first reported the fire at 2:03 a.m. ... with the "under control" coming nearly 90 minutes later...

Neighbors reported seeing flames coming from the roof of No. 313 (reader photo below). The FDNY said the fire started in the cockloft. 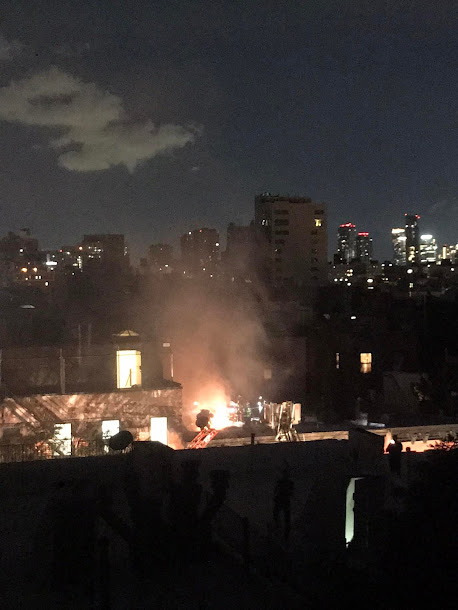 No word on the cause of the fire.
This morning, boards covered windows on the third and fourth floor of the circa-1900 building, which has three residential units.
Posted by Grieve at 7:56 AM

Weird that the roof door to the building next door is open and taking in all that smoke.

Looks like FDNY are on the roof in that shot hitting the fire, so likely why the door is open.

PROPS to the FDNY.
I live a block away and the smoke was suffocatingly thick.
Those guys are tops.