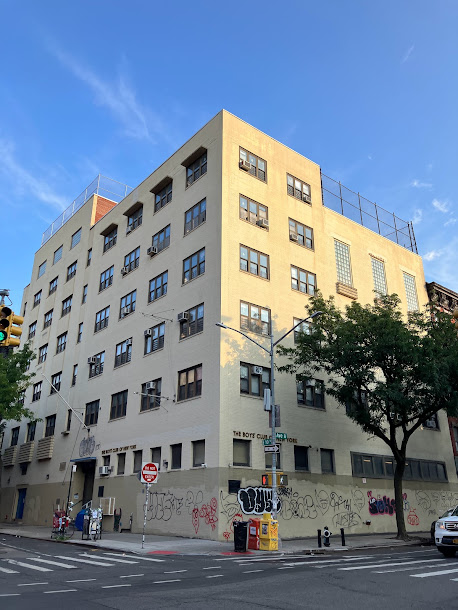 For the first time in 121 years, the Boys' Club of New York will no longer be part of 287 E. 10th St. at Avenue A.
A spokesperson confirmed that the nonprofit was leaving the Harriman Clubhouse this summer and that they'd continue to support the LES community with after-school and weekend programming, though they didn't offer specifics.
The spokesperson and other BCNY officials did not respond to follow-up queries about the timing of the departure and its future in the neighborhood.
This past week, workers were spotted removing shelves, tables and other office equipment from the facility, where the gate was down on the front entrance... One former volunteer said the last day here was on June 30.
As we first reported in June 2018, the Boys' Club put the 7-story building on the sales market. At the time, Stephen Tosh, BCNY's executive director and CEO, said the sale of the East Village building would allow the organization the opportunity to start new programs in other neighborhoods in need of its services. (To be clear, the Boys' Club decided to sell their building — they were not forced out. The building was pitched for educational purposes as well as residential conversion.)
In August 2019, Crain's first reported that Aaron Sosnick, an East Village resident and founder of the investment fund A.R.T. Advisors LLC, was the new owner of the Harriman Clubhouse. He bought it for $31.725 million and reportedly planned to sell the property, "potentially at a substantial loss," to a nonprofit that would maintain its civic use.
It's not known at the moment what might be next now that the Boys' Club has officially left the facility.
The Boys' Club originally planned to vacate the building after the 2019-2020 school year, though the pandemic likely changed that timing. In a press release at the time, Tosh stated: "This will allow time for BCNY to secure a smaller permanent space in the neighborhood to provide programming."
E.H. Harriman founded the Boy's Club in 1876. The Harriman Clubhouse on 10th Street and Avenue A opened in 1901... 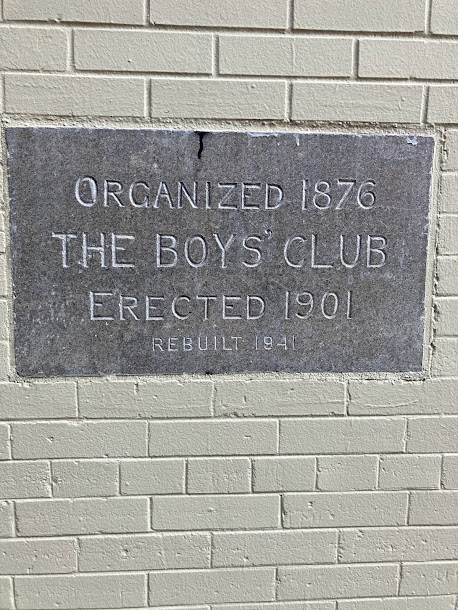 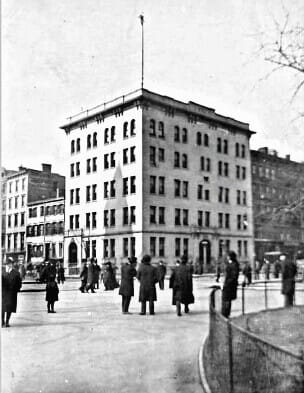 RUMOR: The Boys' Club building on 10th and A has a new owner; will remain in use as a nonprofit
Posted by Grieve at 5:10 AM

Sad I used to go here as a child.

This is too bad, b/c we really could use *more* of this, instead of zero of this.

This was immortalized in Jim Carroll's all the people who died died. Jim lived in Stuy town as a youth when a kid was thrown from the roof.

I find it very strange this person bought the building to flip it "potentially at a substantial loss," to a nonprofit that would maintain its civic use.

Why didn't he just give Boys Club money to they could stay in the building and expand their programs?

This was such an important resource for kids in the community. Loads of kids from NYCHA housing, and others, went there daily for recreation and all kinds of programs. Parents trusted it as a childcare facility. What will replace it, if anything? Even more now, we need a community center to be established in the old, vacant P.S. building on 9th Street between Avenue B & C.

"This was immortalized in Jim Carroll's all the people who died"

I could never figure out quite what he was saying there. Mystery solved! Thanks!