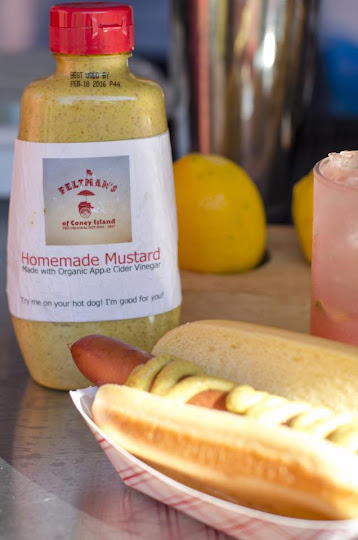 After peddling hot dogs this past summer at a pop-up in Ditmas Park, the owner of the revived Feltman’s of Coney Island brand is bringng his franks to St. Mark's Place.

Starting today, Feltman’s of Coney Island owner and Brooklyn native Michael Quinn will be selling hot dogs at Augers Well, the bar at 115 St. Mark's Place between Avenue A and First Avenue.

Per the Coney Island Blog:

Instead of serving $2 hot dogs as they did all summer Feltman’s will be serving up enormous franks for $5 each, along with their very popular homemade apple cider vinegar mustard, which will be whipped up daily in the Augurs Well kitchen. 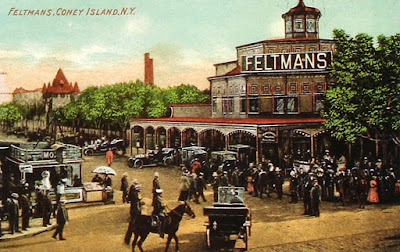 Quinn reportedly still plans to reopen a restaurant in Coney Island... but, as the Coney Island Blog notes, "right now he’s having fun telling the Feltman’s story and creating brand recognition." And he will be doing so right next door to Crif Dogs. Of course Feltman's and Nathan's co-exited for more than 40 years in Coney Island...
Posted by Grieve at 1:39 PM 10 comments: