A look at tonight's CB3-SLA agenda 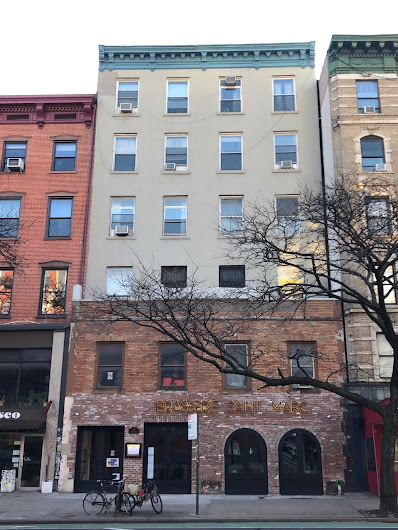 Brasserie Saint Marc, which opened at 136 Second Ave. between St. Mark's Place and Ninth Street in October, is back on the agenda for the following proposed changes:

They withdrew their application ahead of last month's committee meeting.

Ownership is also seeking a license for a sidewalk cafe. Also on the sidewalk cafe agenda tonight: Ruby's Café, which debuted this past October at 198 E. 11th St. at Third Avenue.

Here's a look at the rest of the agenda for tonight's meeting:

• El Sombrero (Two Almontes Corp), 108 Stanton St. (op/alt: to use basement to store alcohol/method of operation: change hours to 11 am to 2 am Sunday thru Thursday and 11 am to 4 am Friday and Saturday; change number of employees to 8; to hire 1 security personnel for Friday and Saturday to check ID)

A noteworthy scratch: Applicants for Ichibantei have been on the CB3-SLA agenda multiple times dating to November 2018 for the former Grassroots space on St. Mark's Place.

We'll have details later about CB3's SLA committee meeting on Wednesday night.
Posted by Grieve at 4:00 AM 3 comments: 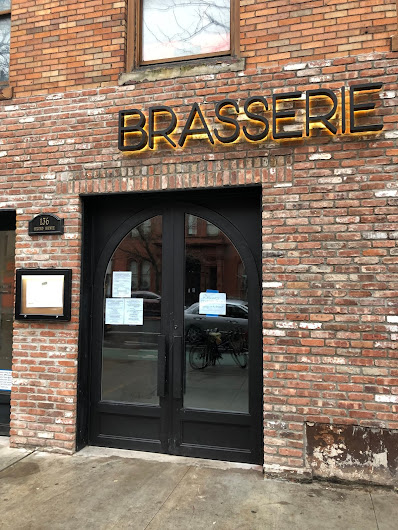 Management is now hoping to amend their method of operation by offering live music and boozy brunches, among other enhancements, according to materials (PDF here) posted to the CB3 website ahead of this month's SLA committee meeting on Monday (Jan. 13).

Here's a thumbnail overview of the numerous requests/changes via CB3:

One EVG observer who lives nearby notes the proposed changes are sounding more in line with the method of operation of a bar-club rather than of a French restaurant.

The CB3-SLA committee meeting is Monday night at 6:30 in the Perseverance House Community Room, 535 E. Fifth St. between Avenue A and Avenue B.
Posted by Grieve at 4:10 AM 14 comments: 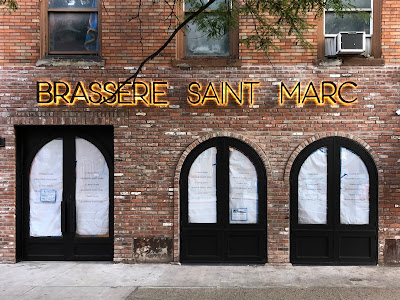 Florence Fabricant offered up preview on the restaurant, which is expected to open today, at the Times ...

An ambitious project, four years in the making, from Karin Agstam, a model and actor who owned the restaurant Station in Williamsburg, Brooklyn, is ready to open. Ms. Agstam was so smitten by the arched, brick-walled East Village space that she was determined to make it a restaurant. Now, it has a spacious bar area up front and a passage along an open kitchen that leads to a pair of dining rooms, one of which features Champagnes, and a garden.

Glittering chandeliers and white marble-top tables brighten the space. As for the menu, the executive chef Frederick Piccarello, an experienced hand who was once at the Sign of the Dove uptown, has gone classic French. Escargots? Rillettes? Coquilles Saint-Jacques? Frisée aux lardons? Onion soup? Duck confit? Moules frites? Steak au poivre? Ms. Agstam’s favorite bouillabaisse? They’re all there. The menu also tips its hat to the neighborhood’s Eastern European roots with borscht and pierogies, and to vegans with an Impossible Burger.

There isn't any mention in the preview of the space being put to use to host meetings and events by organizations from the local Ukrainian community. This was a selling point when the applicants appeared before Community Board 3 for a liquor license in July 2018

According to the meeting's official CB3 minutes:

The applicants furnished five letters from organizations and businesses, including credit unions and a school within the local Ukrainian community, with a combined constituency of thousands of people, and seven people appeared to speak on behalf of the applicant who either operated a Ukrainian business within the building or the immediate neighborhood or through the Ukrainian community, each of whom cited the benefit of adding a full-service restaurant that could host events, meetings and dinners for local Ukrainian organizations... 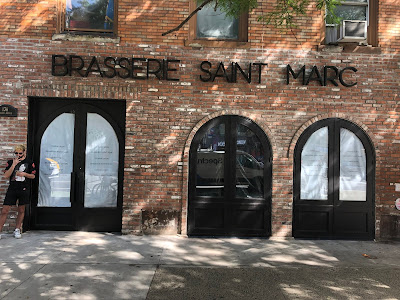 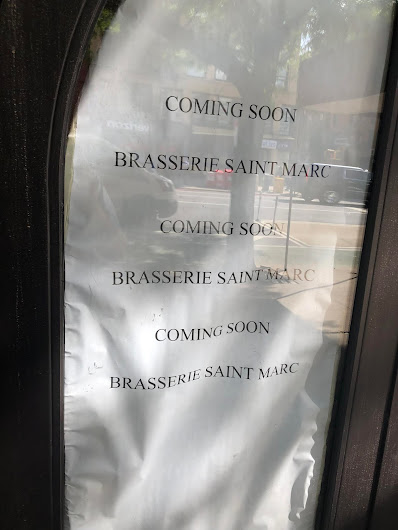 As we've noted, a lot of work has gone into getting the former Bar 82 (RIP March 2013) into restaurant shape. The construction plywood went up three-plus years ago — May 6, 2016 to be exact.

The applicants, listed as Greg Lebedowicz and Jerry Lebedowicz, were previously licensed for Nitedreams in Greenpoint from 2003 to 2008. In July 2018, CB3 OK'd a full liquor license for No. 136. According to the meeting's official minutes, part of the space will host events, meetings and dinners by organizations from the local Ukrainian community. 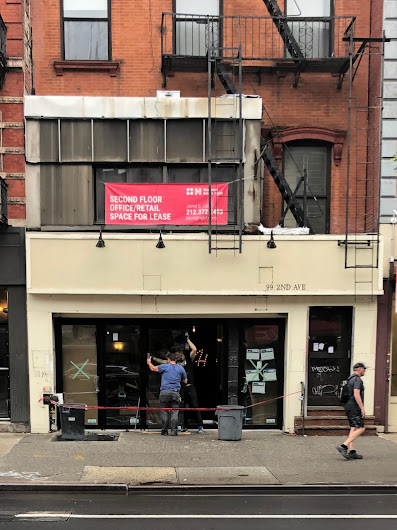 Renovations continue at 99 Second Ave., where Calexico, the Cal-Mex burrito-beer chainlet, will be opening an outpost here between Fifth Street and Sixth Street.

The owners — brothers Brian, Dave, and Jesse Vendley — received the OK from CB3 last August for a liquor license for this space, which was previously home to Brick Lane Curry House. (Brick Lane moved one block to the south.)

Calexico currently has a handful of NYC locations (Upper East Side, Greenpoint, Park Slope, Red Hook, among them) as well as in Detroit — and Bahrain. No word on an opening date in the East Village.

And over at 136 Second Ave. between St. Mark's Place and Ninth Street, you may have noticed the signage go up in recent days for Brasserie Saint Marc ...

We don't know too much about this establishment, other than a lot of work is going into getting the former Bar 82 (RIP March 2013) into restaurant shape. The construction plywood went up three-plus years ago — May 6, 2016 to be exact.

The applicants, listed as Greg Lebedowicz and Jerry Lebedowicz, were previously licensed for Nitedreams in Greenpoint from 2003 to 2008.

• "The applicant has stated that this location will be a restaurant which will host Ukrainian events, meetings and dinners by organizations from the longstanding local Ukrainian community."

• "It will operate as a full-service French American Ukrainian restaurant, with a kitchen open and serving food during all hours of operation."


There is a basement space here fitted with a bar and dining room for those meetings and events.

Thanks to Steven for the photos yesterday!
Posted by Grieve at 4:00 AM 5 comments: