Ichibantei vying for 20 St. Mark's Place, and an update on the former Grassroots Tavern space 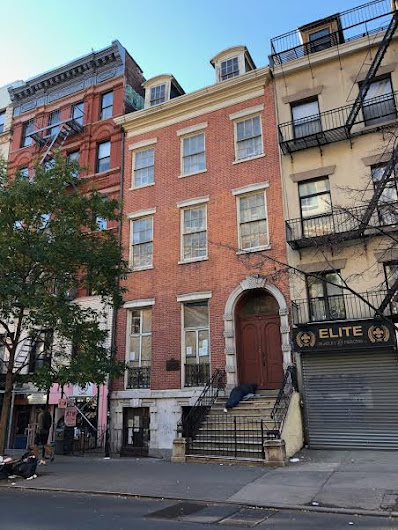 Applicants for Ichibantei are on tonight's CB3-SLA agenda for a liquor license for a new restaurant in the former Sounds space at 20 St Mark's Place between Second Avenue and Third Avenue.

The questionnaire (find the PDF at this link) for the Japanese restaurant shows 28 tables seating 56 guests as well as a bar for eight. The proposed hours are 11:30 a.m. to midnight Sunday through Thursday, with a 2 a.m. closure on Friday and Saturday. 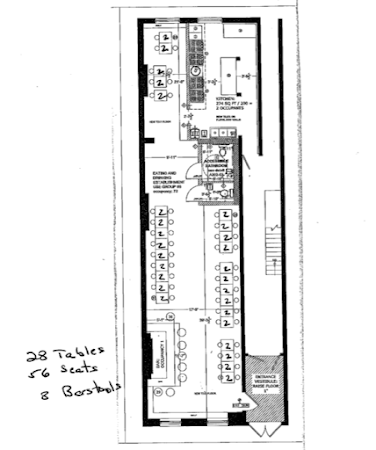 An application for the space from the same principal(s) has been on the CB3-SLA agenda several times dating to 2017, though it has been withdrawn in each instance for unspecified reasons. The questionnaire on file at the CB3 website does not mention if this would be a second outpost for Ichibantei, the eight-year-old Japanese comfort-food spot on 13th Street between Avenue A and First Avenue, or a spin-off location.

Sounds closed in October 2015 after 36 years in business selling records, tapes and CDs.

While on the topic of 20 St. Mark's Place... in August, I exchanged emails with Bob Precious, who's planning on opening a bar in this semi-subterranean space with a working title of Subterranean. (Precious operates the mini chain of Irish-style pubs called the Ginger Man, including the one on 36th Street. CB3 OK'd his new liquor license back in December.)

In August, he hoped to be up and running this fall. He noted at the time that the bar space was in bad shape — including structural damage — when he received the keys. The newish landlord needed to get the approvals for the renovations in this landmarked building. This process has proven to be slow going.

I asked Precious for an update last week. He said that the landlord claims to be starting their structural work "soon."

"If so, we'll finally be able to start our work ... and could have an early spring opening," he said in an email. "That would be about 15 months since we took over; ridiculous and frustrating, since we're not really doing that much."

For comparison, the 36th Street outpost of the Ginger Man, which is 2.5 times as big as the No. 20 space, was built from scratch in six months before it opened early 1996, he said.

The Grassroots Tavern closed after service on New Year's Eve after 42 years here.

Jim Stratton, the longtime principal owner, decided to sell the business last year. In January 2016, Stratton sold the building to Klosed Properties for a reported $5.6 million.

20 St. Mark's Place, known as the Daniel LeRoy House, was built in 1832. It received landmark status in 1971, and added to the National Register of Historic Places in 1982.

This is what's happening with the former Grassroots Tavern space on St. Mark's Place
Posted by Grieve at 4:20 AM

Boy...DO I miss SOUNDS...What a change to that street when they closed..